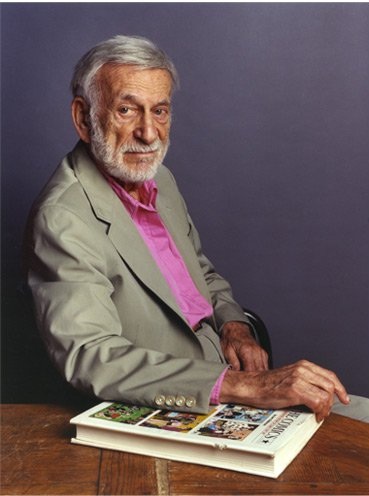 Ask any casual comic book fan “Who created Batman?” and they’ll most likely be able to name Bob Kane. Those who know a little more regarding the history of the Caped Crusader will also name Bill Finger, who wrote the lion’s share of the Batman’s formative adventures. But most comics historians agree that there was a third creator who made a lasting contribution to the Batman legacy in the creation of an arch-nemesis—perhaps the greatest villain the medium (and by extension, film and television) has ever known. That villain is, of course, the Joker, and that creator is Jerry Robinson. Jerry Robinson passed away in his sleep on December 7th, 2011 in New York City at the age of 89.

Robinson was just 17 when he met Bob Kane and was hired as an assistant in Kane’s studio. Starting as a letterer and background inker, Robinson soon became the primary inker on the Batman comic, and as Kane had more of his time taken up by the Batman daily newspaper strip, Robinson began to pencil as well as ink the Batman stories in DETECTIVE COMICS. Though his time with the Batman was short (Robinson left superhero comics in 1946), his legacy in the character’s mythology is assured as long as the Batman is menaced by the Clown Prince of Crime…though the origin of the Joker is still a matter of dispute. 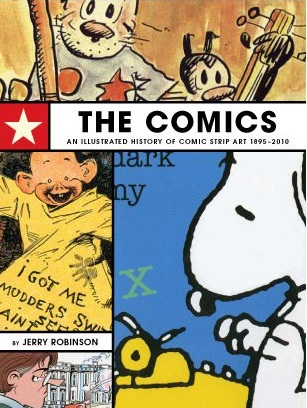 In an interview from 1984, Robinson said this of the character’s creation: “I felt that Batman needed a supreme arch-villain to test him…Batman didn’t need another crime lord like Al Capone. I felt he needed something more exotic…the strip needed an antagonist that would be more enduring; a continuing conflict in the literary tradition of Holmes and Moriarty or King Arthur and Mordred…[the Joker] was a diabolically sinister villain and yet had a clownish aspect. I found the idea of a sinister clown utterly fascinating.” The late Bill Finger had told DC editor Nelson Bridwell that Robinson first told him of the Joker concept over the phone and later showed Finger his sketches for the character along with the now-iconic Joker playing card design. Finger thought the initial drawings weren’t quite right and produced stills of the actor Conrad Veidt from the silent movie “The Man Who Laughs,” and the look of the ghastly, permanent rictus grin became the model for Batman’s nemesis. 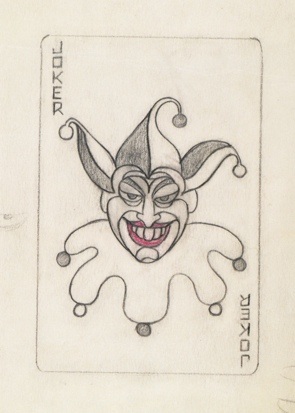 However, Bob Kane seems to have taken umbrage with this version of events and constantly maintained that Robinson had next to nothing to do with the character. In an interview from the same time period, Kane claimed that Finger invented the Joker and that Robinson’s only contribution was the playing card idea—added, Kane said, after the Joker had already been more-or-less fully fleshed-out.

Now, since Finger himself gave credit to Robinson for the initial inspiration for the character, most historians tend to accept this version of events as the truth. It was well-known that Kane never gave Finger the proper credit for his contributions to the comic when Finger was still alive; perhaps after Finger’s death Kane’s conscience got the better of him and he sought in some way to make up for his earlier marginalization of his writer? Perhaps Robinson, being very much alive and able to relate his version of events, did not elicit the same feeling of guilt? Whatever the reason, the fact remains that Jerry Robinson was indeed a key component in the creation of the Joker, even if just in the application of the playing-card metaphor. 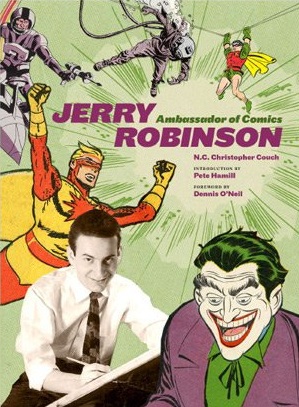 After his departure from the comic book medium, Robinson moved to the field of magazine and newspaper illustration, making a career of drawing editorial cartoons that lasted 32 years. During this period he served as president of the National Cartoonists Society and as president of the Association of American Editorial Cartoonists. In 1974 Robinson wrote “The Comics,” a comprehensive look at the history of newspaper comic strips. During the 1970s Robinson was a crucial supporter of Superman creators Jerry Siegel and Joe Shuster in their fight with DC for recognition and compensation, and was integral in organizing the support for the two neglected creators.

Though his time with Batman was short, Jerry Robinson left an indelible mark on the character’s mythos that has grown throughout the decades and into the 21st Century, and will no doubt continue to do so well into the future.