Greetings! ScoreKeeper here interrupting my dance with the dream man to deliver a dish so delicious your ears can't be denied. An AICN reader emailed me today to tell me about the shenanigans happening over at David Lynch's web site. Color me intrigued.

That's right! That gum you like is going to come back in style. Since March of this year Lynch has been slowly releasing unreleased tracks from TWIN PEAKS labeled as an "open album" steadily growing ever since. THE TWIN PEAKS ARCHIVE is now holding strong at 106 tracks totaling more than five hours of music! Each single track or small bundle is $0.99 while multiple track bundles are priced at $2.99 or $3.99. You can choose between high-quality 320kbps MP3s or Apple Lossless format. 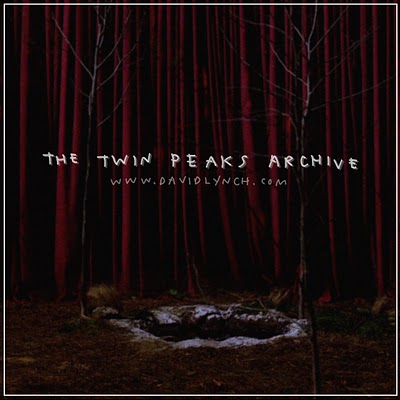 There's a great article over at Wikipedia that chronicles the release of all the music from TWIN PEAKS including FIRE WALK WITH ME.

I purchased about half the archive tonight and am currently downloading what I bought. I'll probably do the rest later tonight or tomorrow.

There's been no single show in the history of television that has stirred my passions quite like TWIN PEAKS. I still consider it the single most amazing program in the history of TV. Having all this music is a real treat. I wonder how long he can keep this going? How much more music is there?

I'd love hang red velvet curtains in a room floored with black and white herringbone tiles and play this entire archive on a continual loop 24/7.

...the birds sing a pretty song and there's always music in the air.