Mr. Beaks Has Seen The First Six Minutes Of THE DARK KNIGHT RISES! 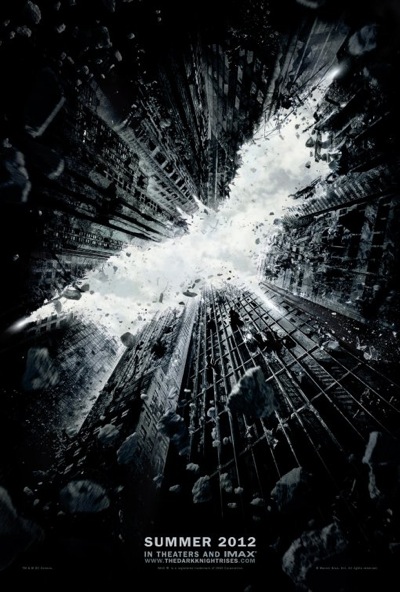 Planes and Bane. In IMAX. That's what you're going to get next Friday (12/16) when you see the first six minutes of THE DARK KNIGHT RISES in front of MISSION: IMPOSSIBLE GHOST PROTOCOL. And as soon as it's finished, you're going to be screaming for the projectionist to run it again.

While we've run a ton of DARK KNIGHT RISES news on this site, I've steered clear of most of it. Aside from casting, I want to remain unspoiled until I'm sitting in an IMAX theater next July, ready to watch the final chapter of Christopher Nolan's Batman trilogy. So I have no idea where this film is headed, who's going to die, who's going to get their back broken, and how Selina Kyle is going to figure into the narrative.

But I saw Bane tonight. I also saw a stunningly complex, practically-staged action sequence in IMAX. And while I'd love to break it down beat-by-beat, Warner Bros. has asked all journalists to stick to generalities. So...

Nolan introduced tonight's event, and he extolled the immersive virtues of the IMAX format before plunging us into footage - which starts in 35mm widescreen with Gordon eulogizing Harvey Dent. Then we're being whisked across a field. And a few minutes later, aboard a plane, we hear Bane speak for the first time in a horrible, strangled tone. Tom Hardy's Bane is a substantial, but strangely broken man. He's a bruiser, but not exactly massive. He also struggles with his elocution, which may be intentional, but nevertheless resulted in lots of puzzled post-screening discussions. Honestly, I caught probably half of Bane's dialogue, and every colleague I spoke with had similar difficulty understanding him. I hate to cause problems for Nolan at this stage of the filmmaking process, but if Bane sounds like this throughout the film, it could be an issue.

The footage concludes with a montage of shots that gives us a pretty good sense of what Batman is up against (and how Gotham City might tear itself apart). This is going to be a huge movie. No one gets to make a film on this kind of scale anymore. Except for Christopher Nolan. He's brought a physical, David Lean-esque scale to the superhero genre. July can't get here soon enough.