Over the weekend, we got a close-up look at THE DARK KNIGHT RISES' Bane as featured on the immediately forthcoming issue of Empire.

Sam Jackson's Wig sent in scans of photos that'll appear in an article within that same magazine, which is due in stores 'round Thursday if I understand correctly.  Included in these photos is Empire's special subscriber-only cover...a different shot from the one revealed over the weekend.

EMBIGGEN the cover shot to better-read Tom Hardy's interesting description of how Bane is characterized in this film. 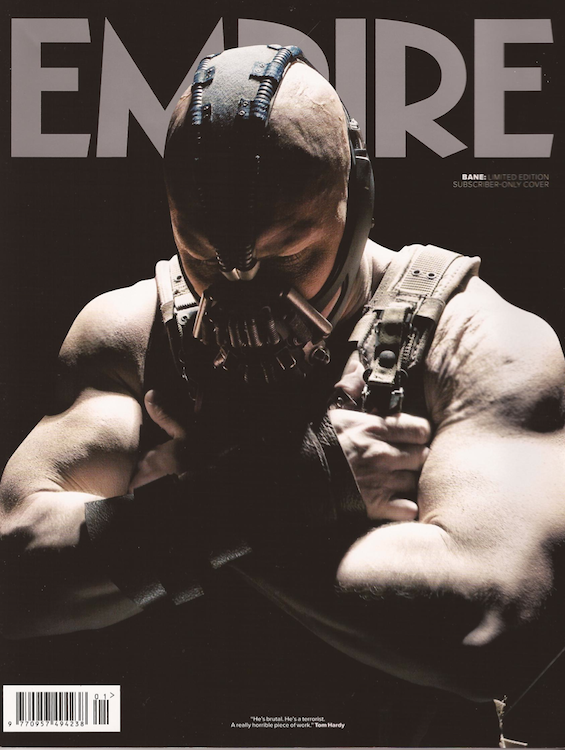 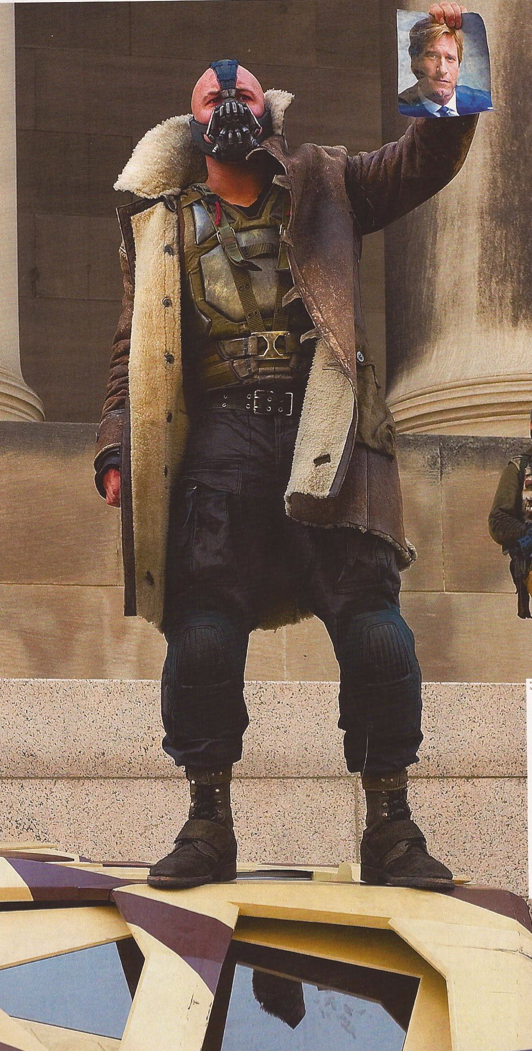 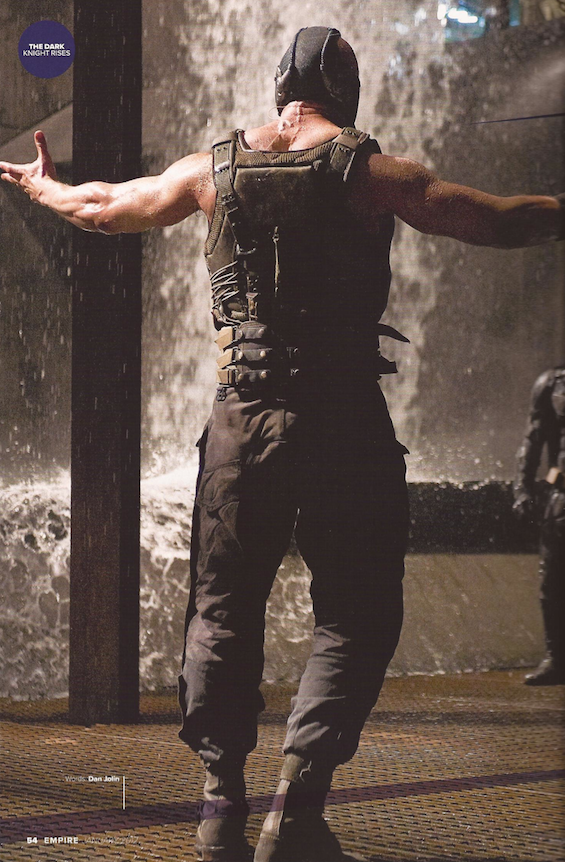 In the article, Nolan confirms that THE DARK KNIGHT RISES prologue , wich'll appear in IMAX theaters with the new MISSION: IMPOSSIBLE next month, will act as an introduction to Bane.  It's evidently the first six minutes of the movie.