John Ary here with a quick look at a few action figure lines that are making headlines this week...

Sideshow Collectibles posted this teaser on its production blog. Few details have been announced about the 1/6 scale figure, but Hot Toys has been showing it off at toy shows overseas. Here’s a pic of Luke from the 2011 Ani-Com and Games convention in Hong Kong. Hopefully we’ll know more about it next few weeks.

These 6-inch figures based on The Walking Dead television show feature Rick Grimes, Daryl Dixon, the Zombie Walker and Zombie Biter. McFarlane Toys will also sell an exclusive black and white version of Rick Grimes at Toys R Us. Look for all of these in late November. They are also available for pre-order here.

Check out these new pics of the upcoming ultra-articulated Super Street Fighter IV figures of Cammy and Gouki (Akuma). Each stands between 7 and 8-inches tall and will cost around $60 when they release in March. They are up for pre-order here. We have more pics of them posted on the Articulation Times website.

ACToys.com has the first look at the upcoming Renegades version of Storm Shadow from Hasbro. According to Entertainment Earth it will release in December. 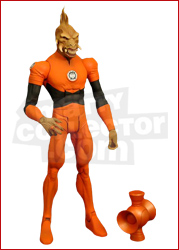 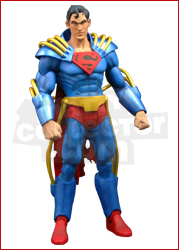 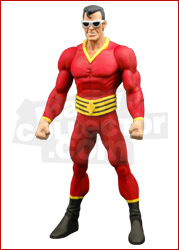 MattyCollector.com posted new pics of its upcoming DC Universe-themed retail line. Larfleeze, Superboy Prime, Flashpoint Plastic Man, and Batman Beyond have all been designed especially to complement the new DC Universe Club Infinite Earths figures. Look for these next year.

And finally, we take a look at a variant figure from Mattel's Batman Legacy line. Here's my review of Arkham City Batman with a classic paint job...