‘Save Us!!’
Two And A Half Minutes Of
Promo For A&E’s Stephen King Miniseries BAG OF BONES!! 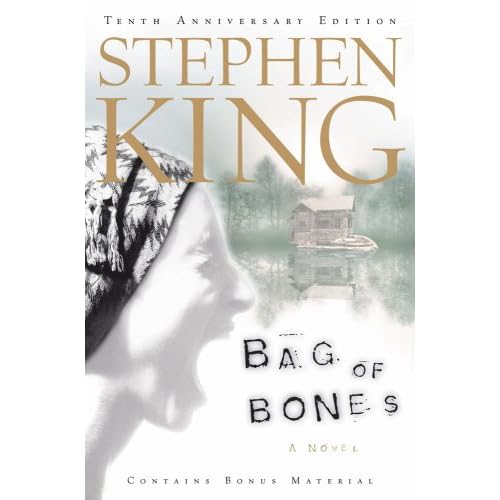 A four-hour A&E miniseries starring Pierce Brosnan (“The Lawnmower Man”), Melissa George (“Alias,” “In Treatment”) and Annabeth Gish (“The X-Files,” “Brotherhood”) has been forged from  the 1998 Stephen King ghost novel “Bag of Bones.”

The story centers on a rich novelist who seems to be getting advice from his late wife (Gish) as he helps a young widow in a custody battle with her son’s weathy grandfather.

Mick Garris (“Sleepwalkers,” “The Stand,” “Desperation” and the Steven Weber “Shining”)  directs from a teleplay by Matt Venne ("Fear Itself").

A&E airs the mini Dec. 11 and 12, mere hours after the conclusion of BNAT13Wolf.

Joss Whedon Worked On This!!