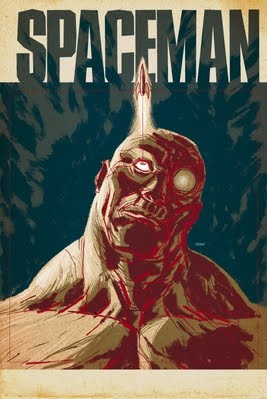 Hey folks, Matt Adler here. I recently got the chance to talk with writer Brian Azzarello over the phone with the aid of DC Publicity Manager extraordinaire Pamela Mullin. Brian is a fun interview, because he’s unpredictable; if you want to interview him, you better bring your A-game! We started off talking about his new Vertigo project SPACEMAN, and ended with a discussion of the WONDER WOMAN relaunch. Get ready for a wild ride!

MATT ADLER (MA): You have a new series, SPACEMAN, coming out on October 26th; what kinds of themes are you looking to explore in this series?

BRIAN AZZARELLO (BA): What kinds of themes… oh boy… well… I’ll probably be exploring the same kind of themes I always do, like how shitty we can be to each other!

MA: Was the idea of doing this kind of a future story something you’ve been thinking about for a while?

BA: Well, when we originally decided to do it, I hadn’t been thinking about it too long. We came up with this just about at the end of 100 BULLETS. It’s been percolating for a few years now.

MA: How would you describe the main character, Orson? 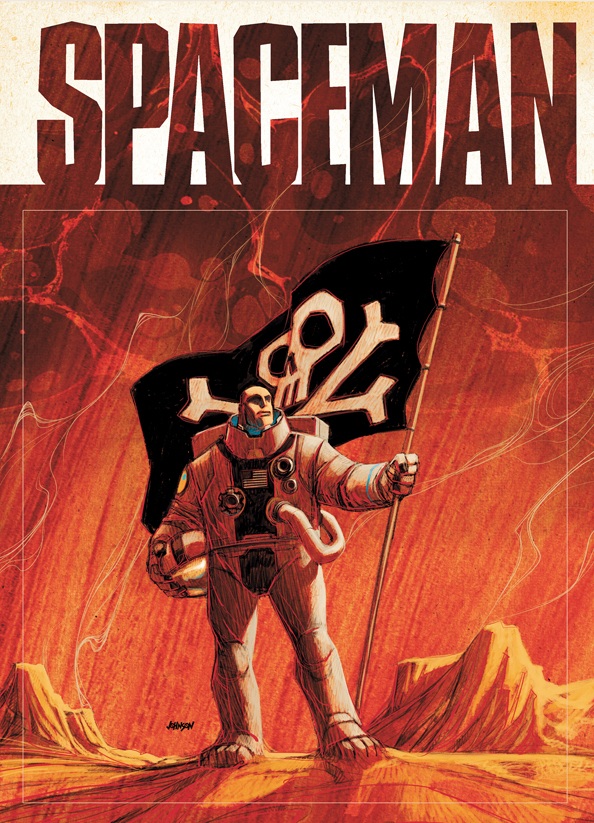 BA: He’s a big fish out of water. Orson is a guy who was genetically engineered to make the long journey to Mars, something we can’t do right now. Our skeletons would be compromised by the time we got there. So Orson was genetically engineered by NASA to make the journey. But there’s no more NASA! He’s stuck in this dystopian world that really has no use for it. The world itself—all of these dire climate change predictions have come true, economic upheaval, political upheaval—it’s a difficult world, and he’s in it.

MA: You’re teaming up with your 100 BULLETS artist Eduardo Risso on this again; what’s your process of collaboration with him like? Do you kick around the story with him at all, or just send off a full script and enjoy the results?

BA: We’ve been actually working a lot closer together on SPACEMAN than we did on 100 BULLETS. And I think that has to do with the fact that 100 BULLETS took place in, and I’m using quotes here, “the real world.” It was a real comicbook world. This is…we’re creating something new. So we’ve been going back and forth a lot…like I would describe some things, and he would send back some rough caricatures, that kind of stuff. So it’s a bit different. But it’s been great, though! There’s a lot of design going into this, a lot of effort making this. I’m designing a new language! A new slang. It’s the future, they’ve got to talk differently. 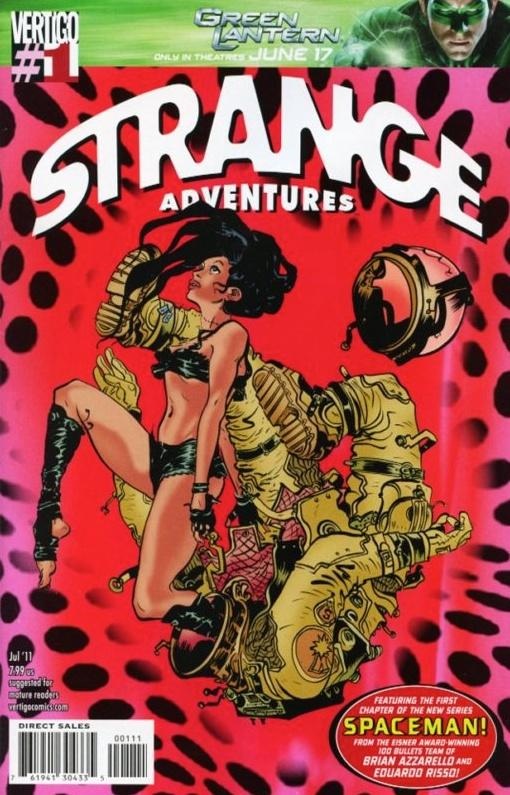 MA: The first issue’s going to be one dollar; do you see that as an expression of DC’s confidence in the book?

MA: Yeah, I mean putting out the first issue for a dollar…I’d think they’re doing that in the assumption that people are going to pick it up and they’re going to love it.

MA: This is a 9-issue miniseries. Do you prefer telling stories with that kind of a definite endpoint, as opposed to something ongoing?

MA: The 100 BULLETS DELUXE EDITION hardcover is coming out October 12th. Have you gotten a look at it yet?

BA: No, I haven’t seen it. But judging by some of the other ones--I got the PREACHER one right here on the table—it’s going to be great.

MA: Looking back, are you happy with how the series turned out? 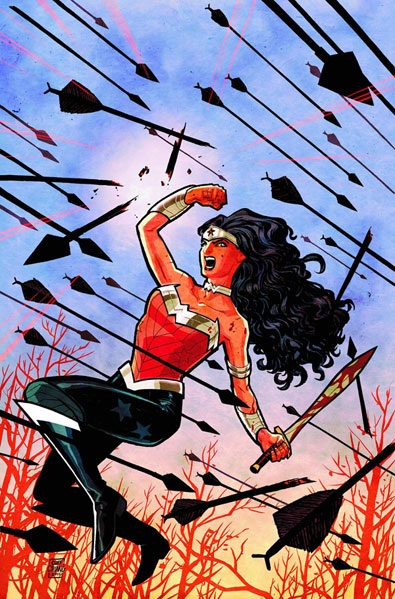 BA: Noooo! Yes, of course I am! I’m very happy. I’m happy with the way the series turned out, and I’m happy because I can honestly say I’m friends with everybody who worked on that book. We weren’t just collaborating, we have personal relationships. Really great to be working with them.

MA: So now I want to ask you a little bit about WONDER WOMAN…

MA: You know, that female character that DC has…I know not a lot of people know about her, but I’m sure that’ll change with this book, right?

MA: Had you read a lot of Greek mythology before taking on this project?

MA: Is that going to be the basis of your take, going back to the way the gods were portrayed in the old myths?

BA: You mean as complete shitheels? 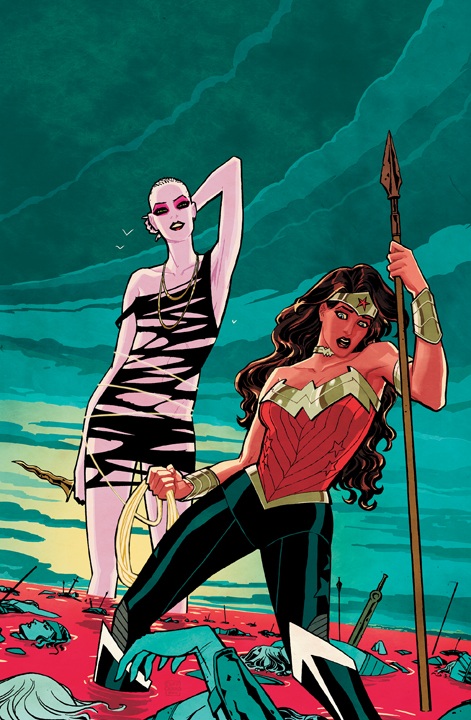 MA: What did you see in her character that gave you the inspiration for the kind of stories you plan to tell with her?

MA: Was there any particular run that you looked to as a model for her?

MA: So you’re starting from scratch, in other words.

MA: Going back to your take on the gods, is it a case with them of power corrupting? 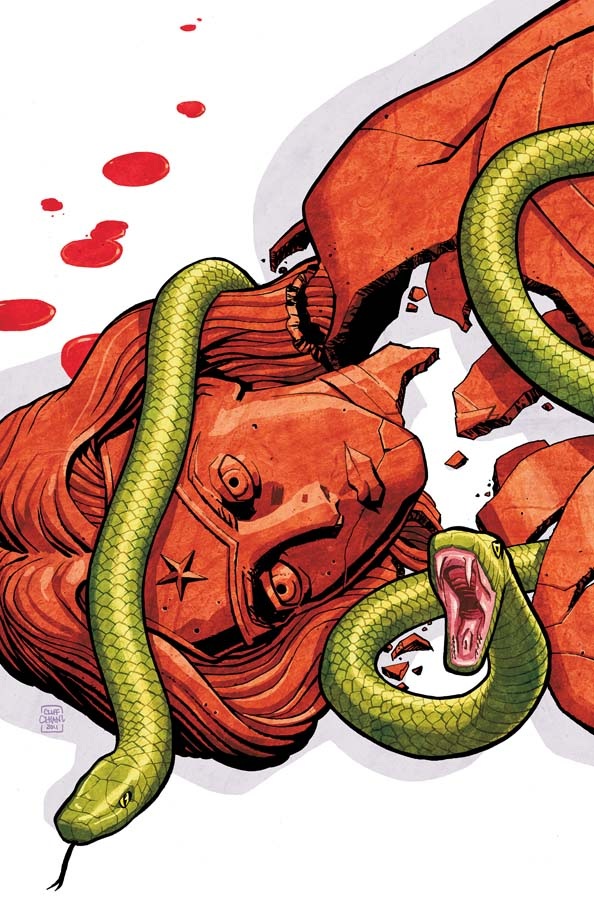 BA: I think it always has been, yeah. You read some of those stories, those are the most human stories that have ever been written. They are as emotionally damaged as a lot of people are. And they’re just as damaging! They’re selfish, capricious, angry, loving, loyal, they betray…they’re like human emotions turned up to 11.

BA: Yes, it is. Because it’s new. Eduardo and I are…at this point, we finish each other’s sentences. We’ve been working together for 10 years. Cliff and I are learning. We’re learning to work together. We’re having a great time.

MA: When I spoke to him recently, he compared the tone of the new series to your run on HELLBLAZER. Would you say that’s an accurate comparison?

BA: Yeah, I’d say that. Only in HELLBLAZER, where I intentionally ignored the supernatural elements in that book, we’re playing them up in WONDER WOMAN.

MA: If you were a reader, rather than the writer, why would you want to pick up the book each month? 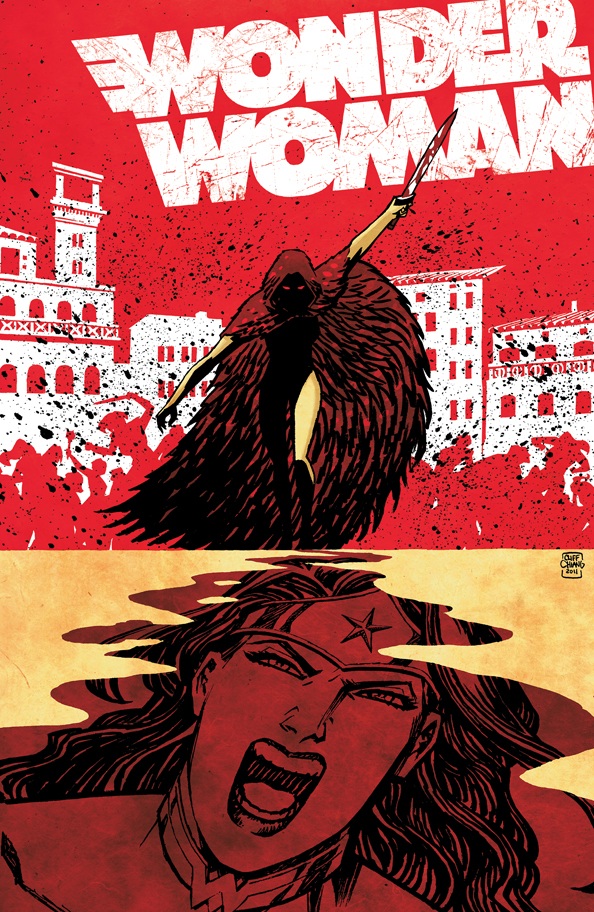 BA: Because Cliff Chiang’s artwork is extraordinary! This book… you know, they’re calling this thing The New 52? This book looks new. It doesn’t look like WONDER WOMAN has ever looked before. The covers, the coloring, Cliff’s art, it just jumps, it pops…there’s an energy in this book that’s fresh and really special. And I think our take is…it’s exciting. I hope that the passion that we feel for this thing comes across.

MA: Do you have any favorite books among the New 52, other than WONDER WOMAN?

BA: I don’t know! I haven’t gotten my comps yet! (laughs)

MA: My last question for you: why do you think people got so worked up about the pants issue???

BA: Because they’re sitting in their mother’s basement not wearing any! (laughs)

MA: (laughs) Good answer, good answer. Well, I want to thank you for taking the time to talk with me and answer all my silly questions.