AICN EXCLUSIVE: Ernie Cline releases some "inspirational art" for his screenplay for READY PLAYER ONE!!!

Hey folks, Harry here... Quite a few folks out there have discovered the singular joy of reading Ernie Cline's debut novel, READY PLAYER ONE, which is currently #21 on the New York Times Best-selling Hardback Fiction list.   At practically the same moment he sold his novel for publication - Warner Brothers wisely secured a huge option deal to turn this amazing mega-geek novel into a feature film - and they hired Ernie to write the first couple of drafts of the script.

One thing you need to know about the multi-talented Ernie Cline is he's a geek.  When he first wrote the screenplay for FANBOYS, he bought a wreck of a van to turn into the signature vehicle...  this was when he was employed at a scrape your nickels kinda job.   Like many geek writers...  when he's working on something he yearns to have visual input to light his brain on fire.

When faced with turning a Novel that wasn't even released into a full fledged giant Studio flick...  well he hired noted Butt-Numb-A-Thon Poster artist, Gordon Jones, to bring certain imagery to life so he could imagine the movie he was writing.

SO - this artwork does not necessarily represent what Warner Brothers will be doing with the film, but this is the Author's vision for what a bit of  the world looks like in Cline's mind via @GordojoRule 's Pencils, pens & paints could render.

THE STACKS - the nightmarish trailerpark of the future in which the desperately impoverished Wade calls home... 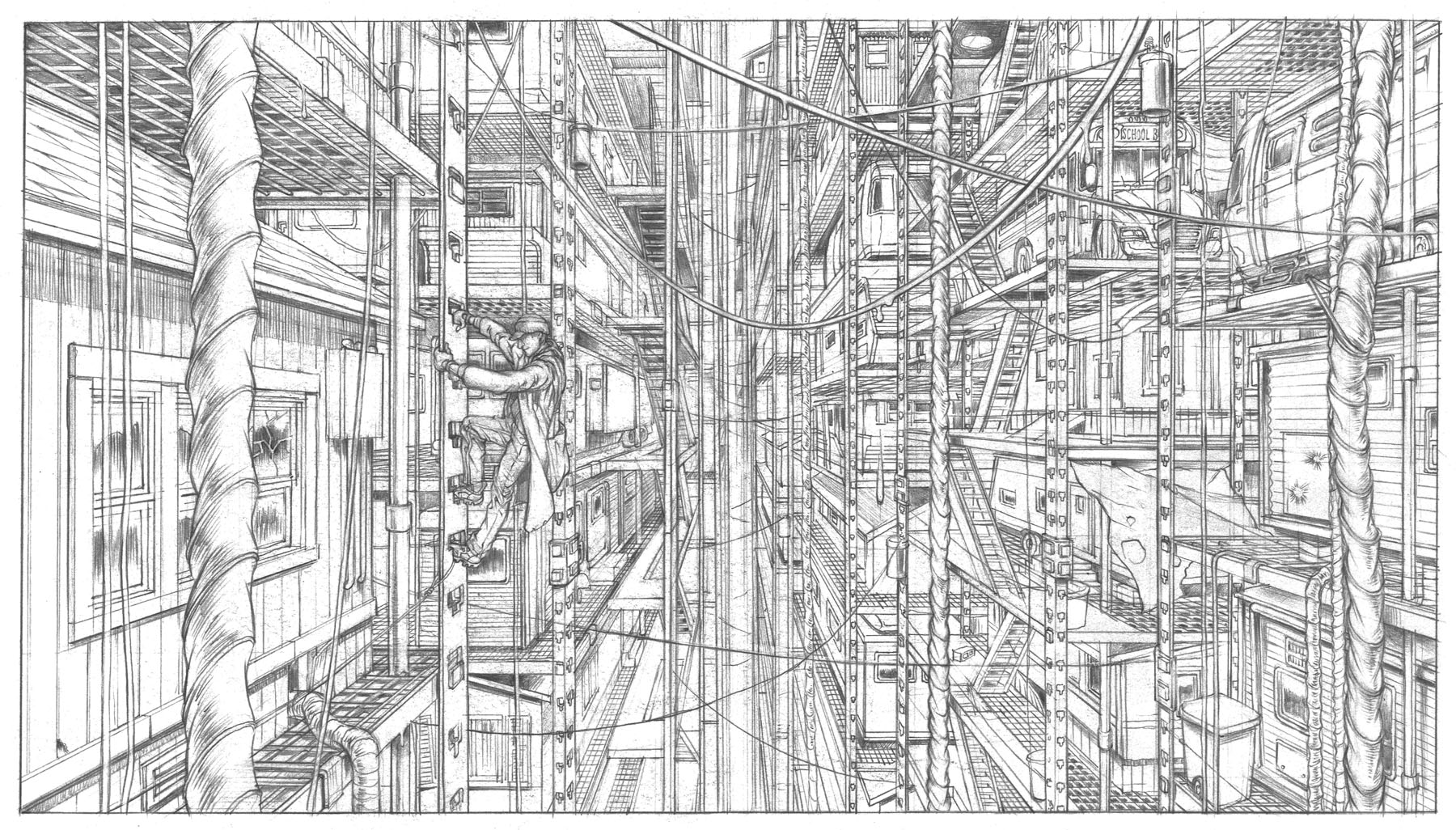 This is what Wade's low-tech gear looked like in Ernie's simian lobes...  This gear is how he accesses the OASIS... 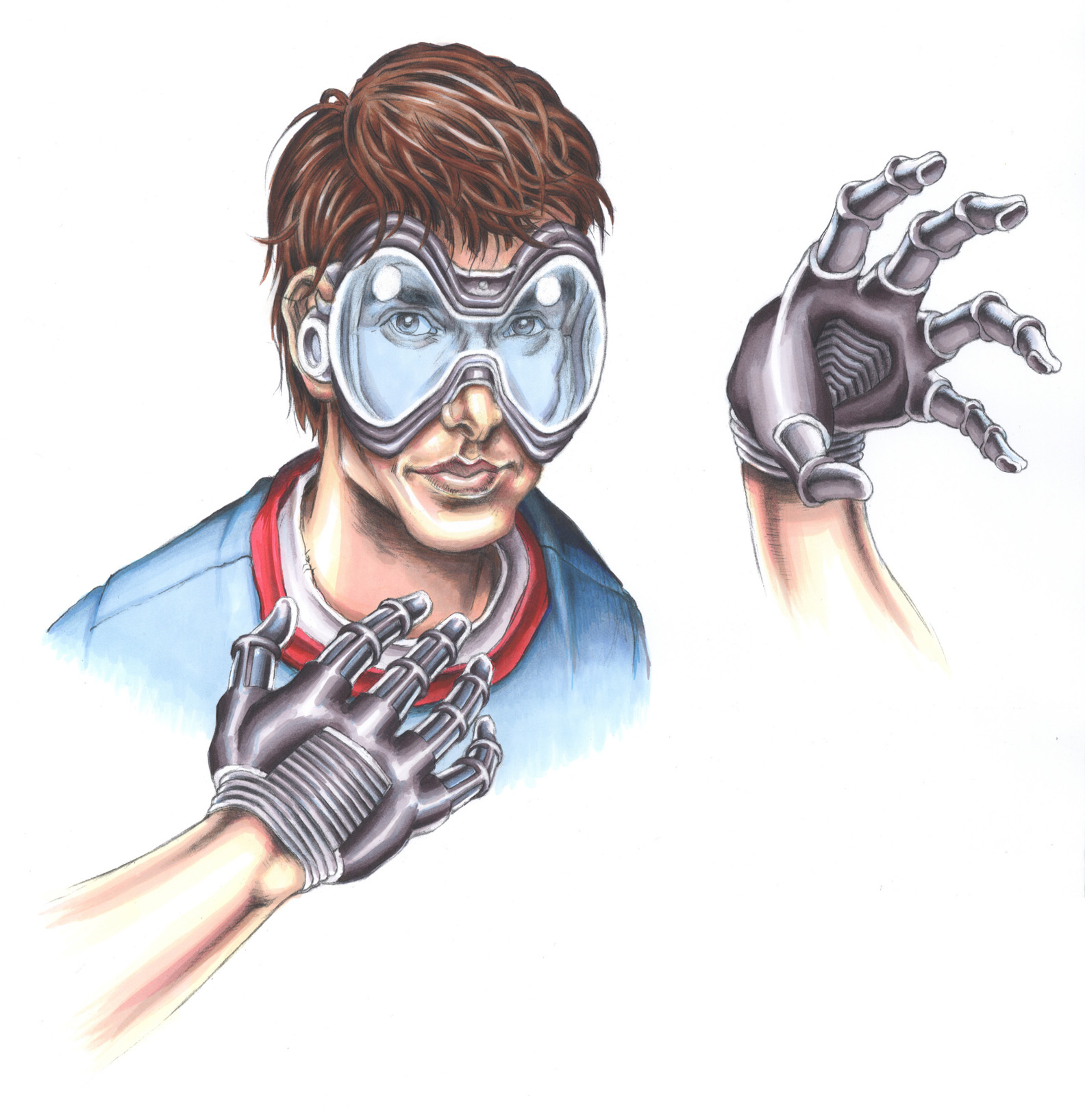 OK - so here's Wade in his secret hideout in the STACKS - the only place he feels safe - and who knows - he could be interacting with AECH at that exact moment. 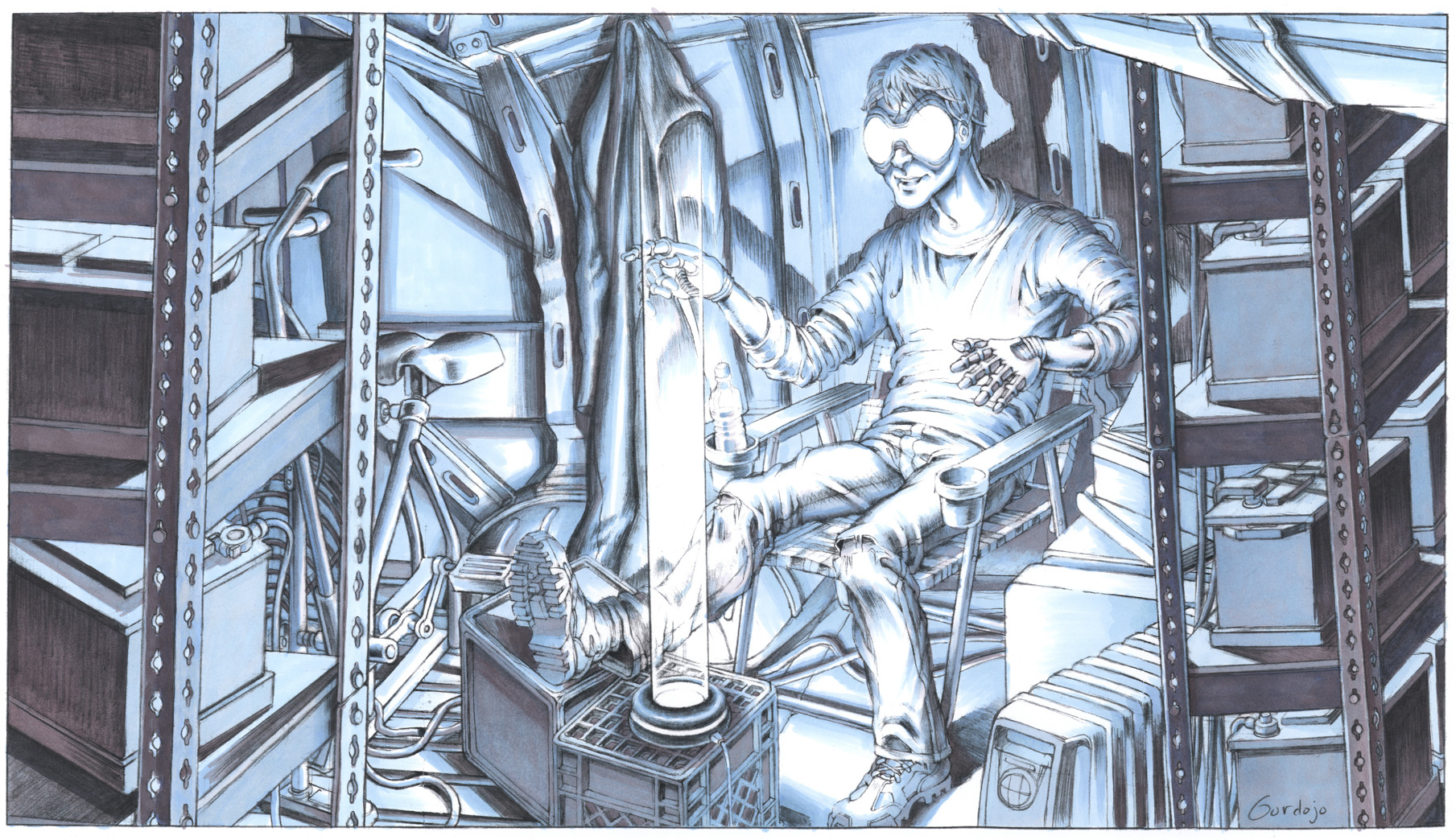 Now - here's Wade's AVATAR arriving in the OASIS at the Club called THE DISTRACTED GLOBE... 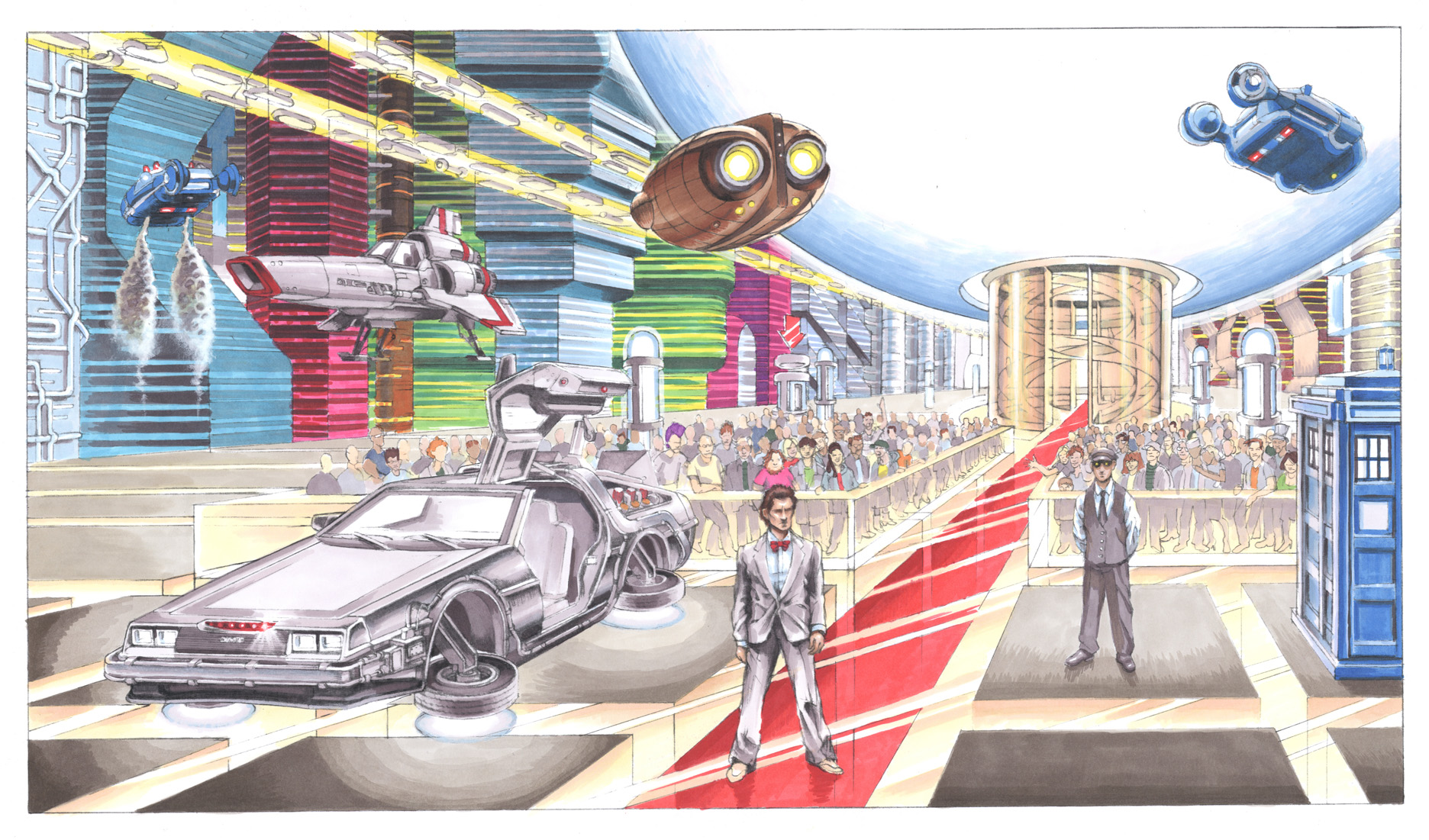 If you'd like to discuss these images with Mr. Cline in person - He's leaving Austin tomorrow for part of the West Coast wing of his fantabulous book tour.   So here's them details:

And then the big GALLERY 1988 event in Los Angeles: