Man, The Behind the Scenes Pic of the Day has five kids to feed!

Sorry, Len Wiseman. I saw your footage at Comic-Con and while it did look very slick and high budget it also felt like it had no personality. Is there room to make a serious-minded version of Philip K. Dick’s We Can Remember It For You Wholesale? Absolutely. In fact, I would have killed to have seen David Cronenberg’s version of this story he was gearing up for in the late ‘80s with Richard Dreyfuss in the lead. What Paul Verhoeven did was crazy in only the way that insane Dutchman can pull off.

It feels like Wiseman’s trying to do a serious version of Verhoeven’s film, not adapt the actual original source material. Sue me if that sounds completely lazy and disinteresting to me.

So, let’s look back at the crazy fun of Paul Verhoeven’s film starring Arnold Schwarzenegger. Today’s pic has Schwarzenegger sharing a Mars Burger with Verhoeven.

Thanks to Marko Marin for sending this one along! Click to embiggen! 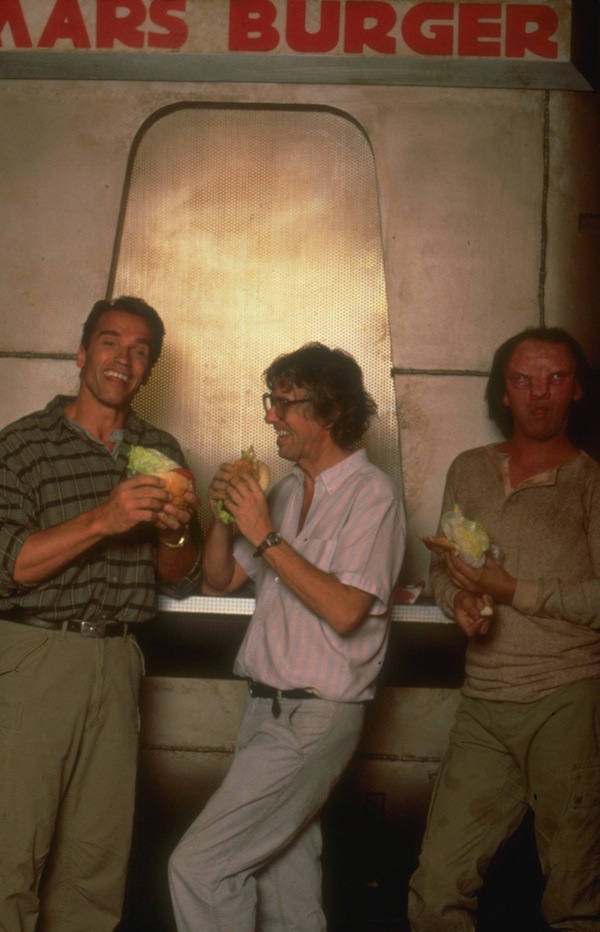 Forget it, Jake. It’s tomorrow’s behind the scenes pic!