Hey folks, Harry here...  Right now, Quint is in the heart of the beast.   He'll be filling us in soon, but PIXAR brought out Bob Peterson (co-director & writer of UP) and Peter Sohn (directed that crazy cute PARTLY CLOUDY short) and the producer of the INCREDIBLES, John Walker to announce that the November 27th, 2013 Pixar release would essentially take place in a modern day world in which the Gulf of Mexico never had a giant asteroid collide into it, thus taking out the dinos.   No.   Instead, they're amongst us - and this particularly story looks to be about a boy and his pet brontosaur - you can see some of the designs from an old Pixar photo from a couple of years ago: 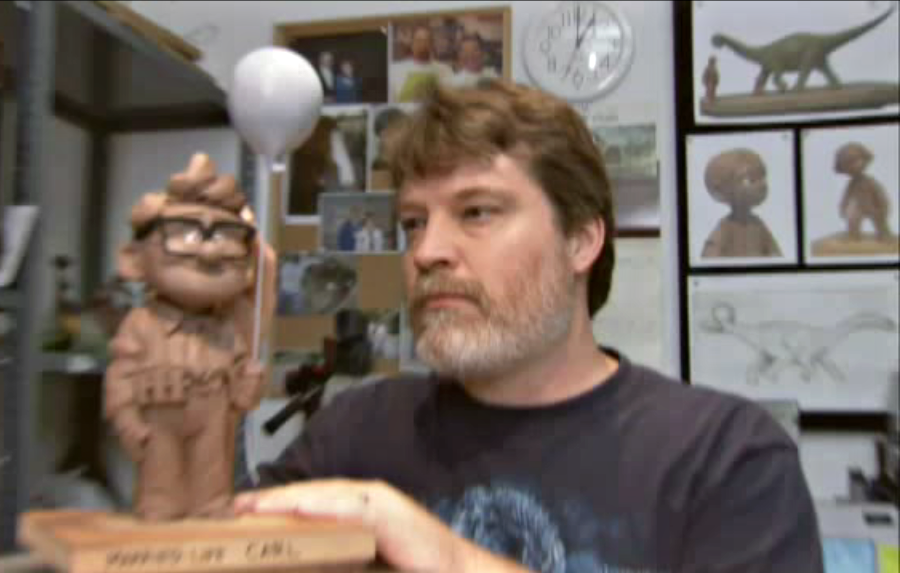 See it there?   Well that's for this film

Then, the Pete Docter "May 30, 2014" project - will be a film set entirely inside the Human Mind.  It is being described as being "Wildly Ambitious even for Pixar" - and I have no doubt of that.   Can't wait for Quint to tell us more!