Hey folks, Harry here...   I am just thrilled about this.   Fritz Lang's METROPOLIS is a beloved classic which has pretty much inspired everything you love in science fiction cinema.   The recent restoration that KINO did was a revelation to folks that have been taking in every release of METROPOLIS in the past 30 years, where more and more footage is found and the film gets closer to it's original release running time.

HOWEVER...  there is one particularly beloved release of METROPOLIS - that just lit my mind ablaze when it came out smack dab in the midst of MTV's days of ruleage in the Eighties.   It was 1984 when Giorgio Moroder rescored, composed and recorded pop-songs with Freddie Mercury, Pat Benatar, Jon Anderson, Cycle V, Bonnie Tyler, Loverboy, Billy Squier and Adam Ant.   Then the film had some particularly trippy tinting and coloring that was done.   The result was a fusion of classic silent cinema and modern Rock-n-Roll that just blistered the brains that beheld it.

At BUTT-NUMB-A-THON 10, I became obsessed with getting a 35mm print of this version of the film, at that time, the rumors of a complete METROPOLIS were circulating, and it was still a month or two away from the premiere of that version in Berlin.   But I wanted to share the PARTY version of METROPOLIS.   The version that gets your fist pounding upon your leg in time with the pulsing beat of it.    For years, this version has been difficult to get on Home Video due to the complicated rights issues that is tied up with the soundtrack...  but - it seems KINO LORBER has worked the kinks out - and later this year we're going to get a Blu Ray of exactly the same print that played at BUTT-NUMB-A-THON 10!   So each of you can have a chance to explore this highly entertaining hard rocking version of METROPOLIS, the version many of us first fell in love with!

Also New York Readers - this is something KINO wanted you to know about specifically!  There's an exclusive theatrical release (midnight shows) at New York’s Landmark Sunshine Cinema on 10/14 & 10/15 (again, midnight shows only)  I know it is advance notice, but put that info in your calendar and go - it is fantastic with an audience!

Kino gave AICN the exclusive on this news and now we can dance!   Here's their release: 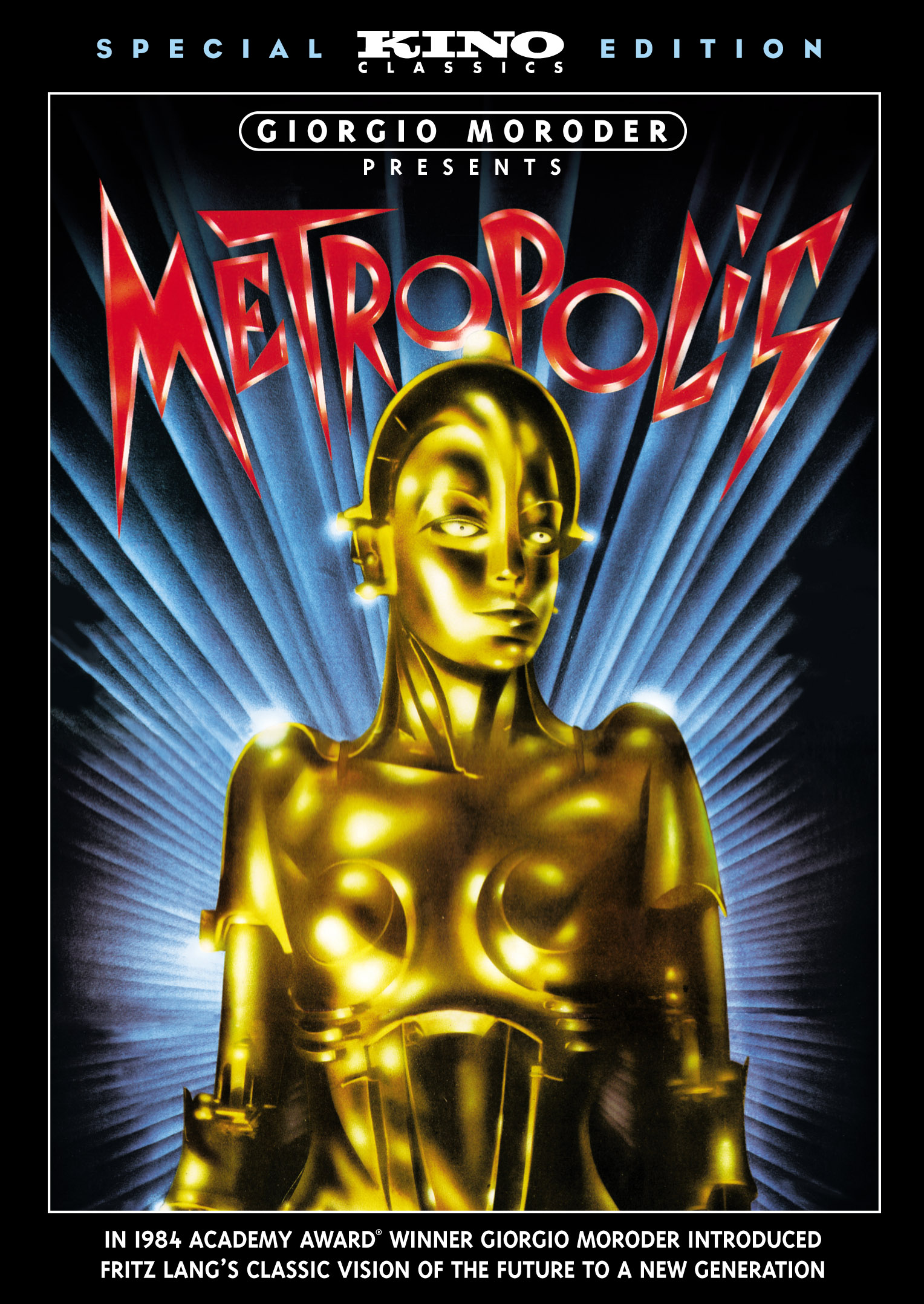 Here’s the information on the soundtrack:

"Blood from a Stone"

"The Legend of Babel"