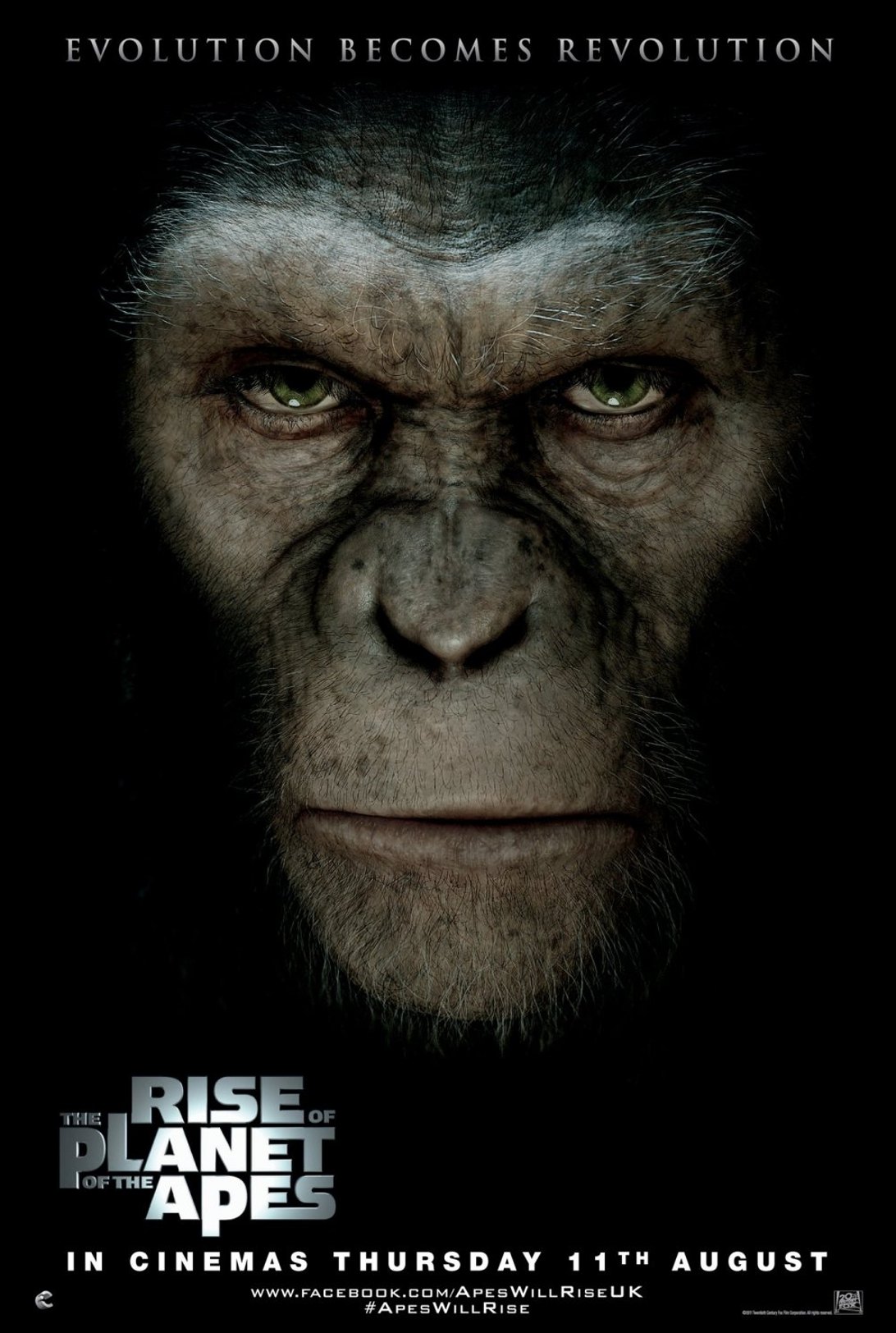 I'm very happy for Rupert Wyatt, WETA, even Fox Studios for the success of RISE OF THE PLANET OF THE APES.  It's a terrific movie deserving of its box office and acclaim.  So naturally, a sequel is probably coming down the pipe.  Bleeding Cool has a forthcoming interview with Wyatt, where he talks about the distinct possibilities of a sequel, and the ideas he may have.  The way it is now, I'm of the opinion that the original PLANET OF THE APES would work in conjunction with this film as it is, but now that Fox sees the potential in box office for a new series, I hope they give any possible sequel enough care and let these guys do their thing.  As far as the sequel goes, Wyatt's been thinking about it:

There’s so much we could do… The ideas I’ve had are all sorts of things, ranging from FULL METAL JACKET with apes… you could start this story again eight years from where we left off, the next generation of apes, those that have come from our protagonists, perhaps going in to a conflict with humans and showing real fear, in the same way as going into war for young soldiers in this day and age, telling their story. Or how apes are taking over cities, and being moved into human environments and having to interact with them and deal with things that are part of our culture and understand and evolve through them. Spies that are in the employ of the apes, working against humans and humans maybe existing underground, because that’s a way they can avoid the virus, coming up above ground wearing gas masks, and maybe that’s what dehumanises them.

FULL METAL JACKET with apes?  Or how about SAVING PRIVATE RYAN?  Imagine the ape armies storming the beaches of Normandy... I'd pay to see that.  I think this world's ripe to revisit and if there's any kind of continuation with the Caesar/Will Rodman story I'm curious to see where that would go.  Obviously there will be some immune to the new engineered virus, and how they become the subservient race we see in the original films would be interesting to see as well.  RISE OF THE PLANET OF THE APES turned out far better than expected, so now whoever makes the sequel has an opportunity to keep this story going.  I think it took a lot of luck and perseverance by the filmmakers to get this movie made and it could easily go south in a hurry if they aren't careful.  But I'd love to see another good series of films come from this most revered of franchises.