Ahoy, squirts! Quint here with the first real look at Selina Kyle from Nolan’s The Dark Knight Rises! Found at the official site (I was tipped off by a Twitter follower by the name of Dom and then dug up a thread at SuperHeroHype’s Message boards that included the mega size version you can get when you click on the image below) the image shows Anne Hathaway in at least her partial Catwoman outfit, which seems to be high tech goggles and skin-tight leather.

Not many bells and whistles so far, but a cat burglar has to be light on her feet, yeah? 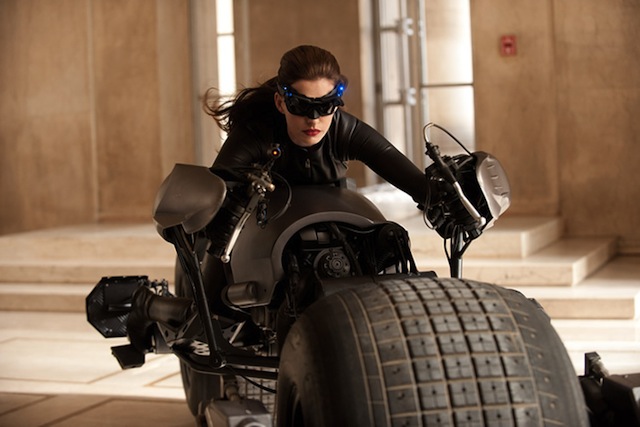 It’s a tease, as is much of what we’re seeing right now. I have faith in Nolan, but none of the spy pics are giving me half the jones of the stuff leaking out from The Dark Knight back in the day. And this certainly isn't on the same level as the Joker reveal. Can’t wait to see what the final product turns out to be, though.