NSFW!! & NSFCC!! Comic Con Behind Pic Of The Day: The Outfit That Got An AMERICA'S NEXT TOP MODEL Winner Banned!! 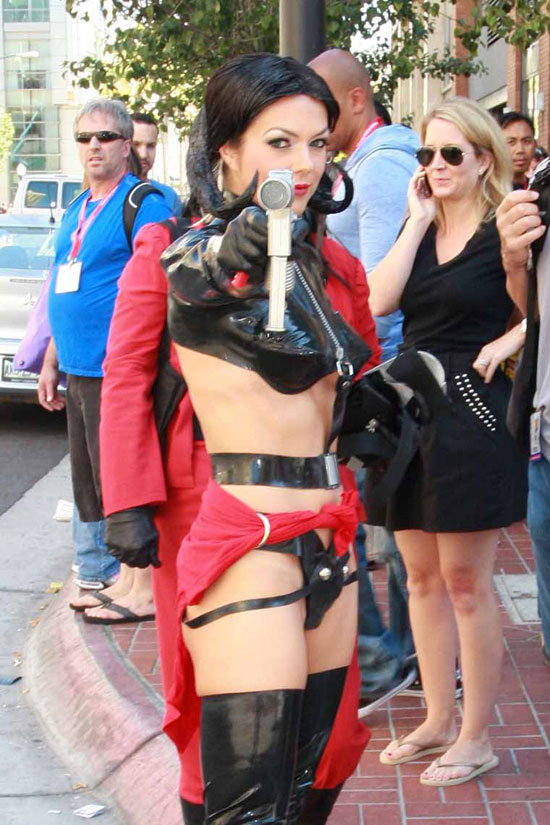 It’s okay to show Aeon Flux’s find hinder on MTV, but you can’t dress like that at Comic Con, even if you are mega-sexy “My Fair Brady” star Adrianne Curry.

Curry, an avid gamer, was asked to leave the convention because Flux was never shy about wearing a thong in public.

Find all of The Superficial’s story on the matter here. 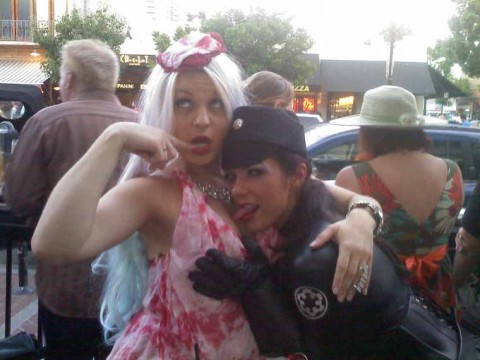