THE CABIN IN THE WOODS Gets Its Release Date! 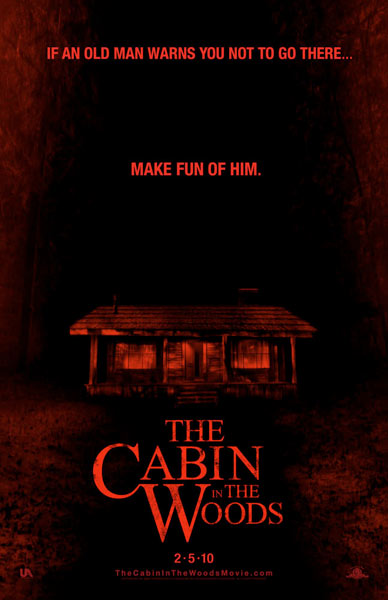 We've been waiting patiently through the entire MGM bankruptcy fiasco about word of Drew Goddard and Joss Whedon's CABIN IN THE WOODS, starring Chris Hemsworth, pre-THOR, in a movie that very much riffs off EVIL DEAD and other haunted house films.  The film's been in the can since 2009, and the supporting cast looks great too - Richard Jenkins, Bradley Whitford, Jesse Williams - and I've been wanting to see this one in forever.

Now that the dust is settled, Lionsgate will release the film, and it looks like we now have a date - April 13, 2012.  Now if someone could release RED DAWN, also by MGM and also starring Hemsworth - am I sensing a trend here? - all would be right in the world.