Miss Moneypenny, Javier Bardem, And Ralph Fiennes Will Be In BOND 23!

It's been rumored for some time that Javier Bardem would be in the next Bond film, possibly as the villain, and that Ralph Fiennes would also be involved in some manner.  And although this isn't exactly confirmation, The Daily Mail reports today that both have been cast, as well as a return of a certain Bond character - Miss Moneypenny, to be played by Naomie Harris (Calypso in PIRATES OF THE CARRIBEAN: DEAD MAN'S CHEST and AT WORLD'S END), pictured below: 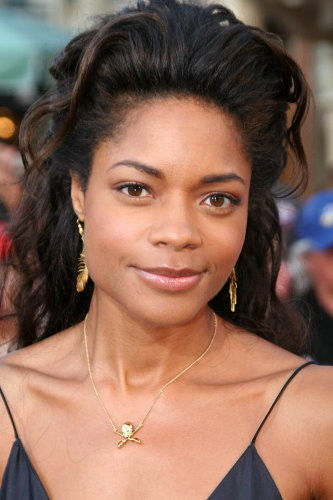 No word on who Bardem and Fiennes would be playing, but if they're both villains (and it wouldn't be a stretch to assume that considering their careers) Daniel Craig would have his hands full.  As for Moneypenny, Bond and her have always had chemistry together, and I'm certain Harris would bring that sexiness of the character on screen.  Sam Mendes is directing the next film, which so far doesn't have a title.  I'm actually glad we've had this break between Bond films - it's allowed Craig to establish himself outside the franchise and since I thought the last one wasn't nearly as good as CASINO ROYALE perhaps Mendes would bring a more classic approach to the material.  At least the camera might hold still in this one.