Spike Lee In Talks To Direct The OLDBOY Remake? 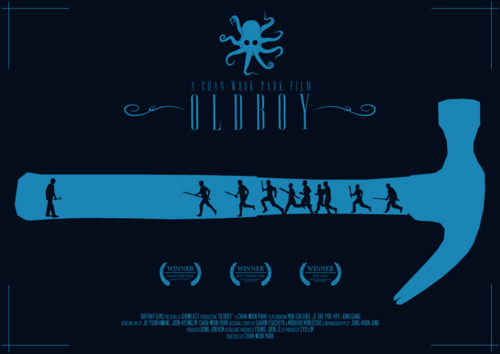 I can't vouch for the veracity of this, but Twitchfilm's reporting tonight that Spike Lee is in talks to direct the remake to Park Chan-Wook's classic OLDBOY.  Lee hasn't directed a feature film since MIRACLE AT ST. ANNA, not counting his New Orleans documentaries, and this would be his return, if this story is true.

Look, we're going to get an American remake of this.  It was only a matter of time - the film's too good, the story is too compelling, and it's too much of a cult hit that it couldn't be ignored by Hollywood forever.  If we're going to get an American remake, we should hope for the best remake possible and root for the success, if for nothing else so audiences unfamiliar with the original would make an effort to seek it out.  But Spike Lee directing it is an inspired choice, and if Lee doesn't gloss over the rougher edges of the original film the remake could very well stun audiences all over again.  That's the key, of course - keeping all the twists and horrifying turns intact.  Can American audiences handle OLDBOY, especially with the more Puritan sensibilities that this country seems to be experiencing these days?  Who can say for sure.

And who would wield the hammer?  Well, Spike's worked with Denzel Washington before, obviously, but I can't imagine he would just go along with some of the plot twists in the latter half of the film.  But I could see Denzel taking down a bunch of thugs in a hallway.  Or would Spike hire another actor?  And who would play Oh Daesu's (and you know that name will be gone) nemesis?  So many questions.

The remake's going to happen.  All we can do is hug our Tartan Asia Extreme Blu-Ray and hope for the best.