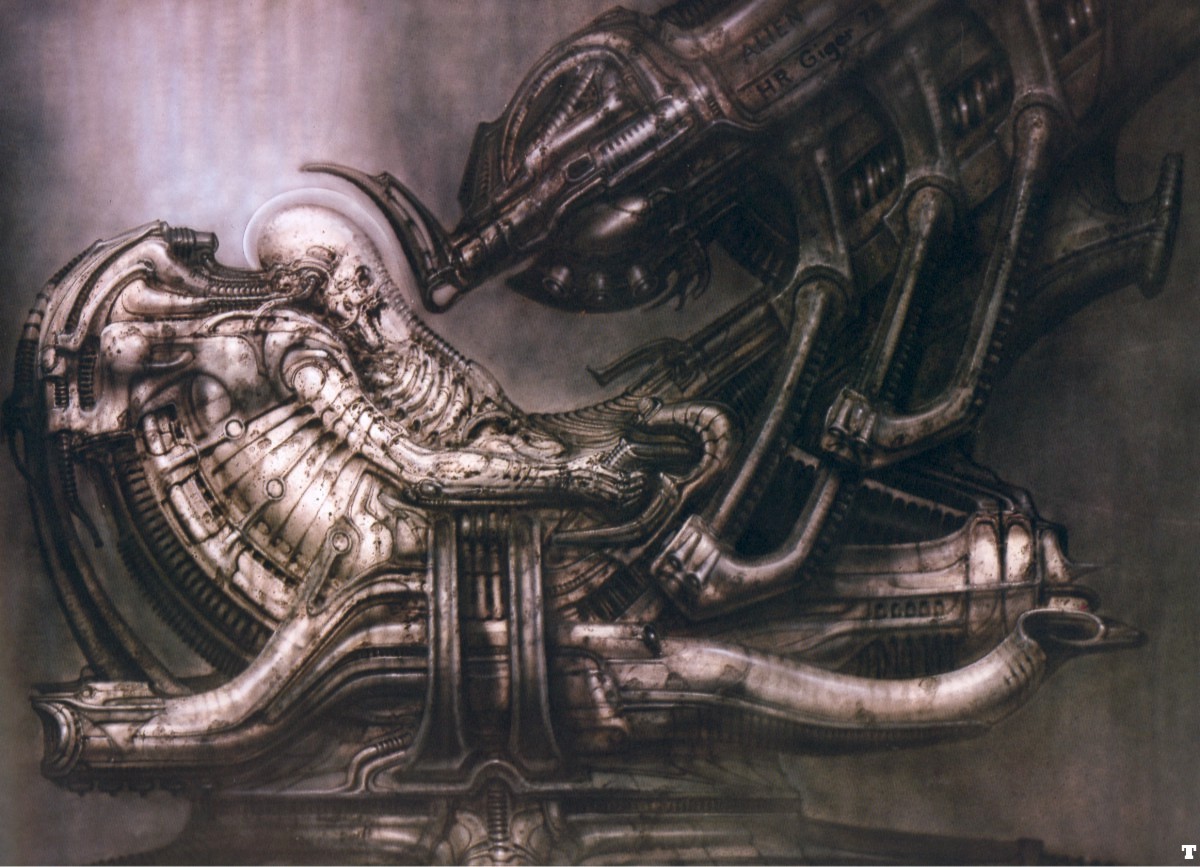 At CineEurope Ridley Scott, Noomi Rapace, and Michael Fassbender talked PROMETHEUS, and let slip a few plot points.  The title of the film refers to both the Greek myth of the man who steals fire from the gods, and the ship of the film, which, said Scott, is sent from Earth by an all-powerful corporation of which fans of the franchise may be familiar.  "The journey, metaphorically, is about a challenge to the gods," said Scott at the press conference.  He also said much of the film's plot was inspired by the works of Erik Van Daniken, author of CHARIOTS OF THE GODS: "NASA and the Vatican agree that it is almost mathematically impossible that we can be where we are today without there being a little help along the way.  That's what we're looking at, at some of Eric van Daniken's ideas of how did we humans come about."

Sounds like a fairly spiritual take on the ALIEN mythos, but wait, there's more: Film site io9 claims that a synopsis of the new film has been sent to them by an unnamed source, and that a Fox representative has claimed that the synopsis is "way off."  In reading it, however, it doesn't sound all that far from what Ridley was talking about in his press conference:

Archaeological digs in Africa reveal alien artifacts that humans were genetically engineered by a advanced alien race (space jockeys). These "Alien Gods" also terraformed Earth in order to make it habitable for their human creations. Amongst finds are coordinates to the Alien God's home-world, to Paradise. Months later the Weyland Corp launch the spaceship PROMETHEUS and his crew, into deep space to make first contact. Thanks to faster than light travel a few years later the PROMETHEUS enters the Zeta Riticuli star system. Humans are greeted by their makers, then transported further into space to a scary yet fascinating world. The Alien Gods are proud of their "children", their first creation to reach such levels of intelligence.

As a reward they share bits of their astonishing bio-based technologies with the humans. But for one crew member of the Prometheus it's not enough. In a treacherous act he steals the "bio-source code" to Terraforming, a technology at the origin of all Gods' power, that could make humans equal to the gods. The Alien Gods may be scientists but are also ruthless conquerors, destroyers of worlds who will not accept humans as equals. They unleash on the escaping human crew their favorite bio-weapon, a creature used to "clean up" worlds before colonization. But something goes wrong in the process and humans manage to turn the bio-weapon against their makers. Giving birth to a smarter, nastier, bigger breed of gut eating creatures. Creatures that will be the demise of Paradise. What's left of the Prometheus crew manages to escape the doomed planet.

On their trail a survivor Alien God in very familiar ship with one ultimate mission.

Bring the wrath of the Gods to Earth.

Considering the detail of the synopsis and the fact that all this new information came out today at CineEurope, it's not a very far stretch to think that this may be the plot of PROMETHEUS (although the year 2058 seems off - there's no way we will have achieved interstellar travel by then).  The guys at io9 didn't care for this synopsis very much, but it doesn't sound terrible.  It sounds like science fiction on a level rarely seen on film - we're talking 2001 stuff, in my opinion.  Again, this has been supposedly debunked by a Fox executive, but don't be surprised if this is what the film ends up being come next spring.  Here's the official synopsis from Fox:

Visionary filmmaker Ridley Scott returns to the genre he helped define, creating an original science fiction epic set in the most dangerous corners of the universe. The film takes a team of scientists and explorers on a thrilling journey that will test their physical and mental limits and strand them on a distant world, where they will discover the answers to our most profound questions and to life's ultimate mystery.