Don’t The Behind the Scenes Pics of the Day ever stop migrating?

Long live Hitch! No, not Will Smith, the real Hitch!

Today we have a fantastic, super high-res shot from the making of The Birds. I think I’ve seen this one before, but never in such resolution. It’s a fantastically composed photo that has everything you could want in a BTS picture from The Birds… Hitchcock, Tippi, sets and a few hundred evil winged motherfuckers.

I’ve covered The Birds here, so I won’t hit repeat on my adoration of this film, but I will reiterate that The Birds is the movie that got me into Hitchcock as a kid. I was fascinated by the bleak tone and was totally sucked in to tension created by Hitch throughout the entire film. In an odd way of all of Hitchcock’s work this one feels the most like Stephen King to me… if this had been set in Maine instead of the Bay Area you’d have me convinced King was a time traveler.

Thanks to Rajneel Singh for sending along such a nice huge high-res image. Click to embiggen and get the full scope of this pic! 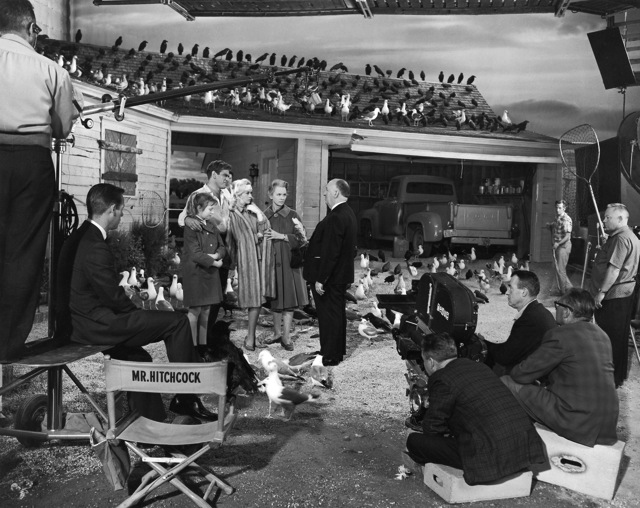 Tomorrow’s behind the scenes pic is going to steal your balloons.