Come on, Behind the Scenes Pic of the Day! I’m right here, but you gotta shoot straight!

This shot of Harrison Ford and Rutger Hauer during the climactic rooftop fight at the end of Blade Runner is stunning. Not only is it from one of the most memorable scenes in this awesome movie, but I love the atmosphere and the look on both the actor’s faces.

Thanks again to Jordan Krug for sending this one along! Click to embiggen! 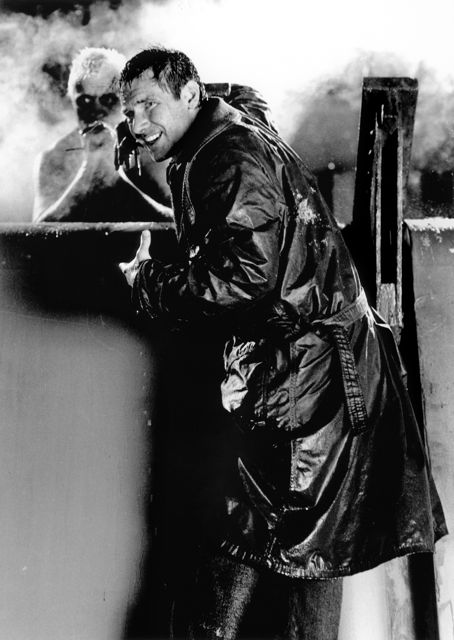 Tomorrow’s behind the scenes pic is gonna fly now.