The Behind the Scenes Pic of the Day is your density. I mean… your destiny.

I got a really nice pic for you guys today, from Back to the Future… but not the version you saw. We’re going to focus on a few shots of Eric Stoltz in his brief time as Marty McFly.

The second shot is one I dug up a while ago and was waiting for the right time to publish it. The photo isn’t exactly a behind the scenes shot, but a relic of a movie that never was. It’s Stoltz’s version of the fading photo.

I’m a big fan of Eric Stoltz, but I don’t think anybody can deny that Michael J. Fox is the perfect fit for Marty. I once asked Stoltz about it, back before the new Blu-Rays (and even the DVDs) when there wasn’t much talk out there about all this and he was very diplomatic and said that the producers liked him, but he wasn’t a right fit for what they wanted. He said he has accepted it and moved on, but it was quite crushing at the time, naturally.

Still, it’s interesting to see what could have been and I hope you guys enjoy today’s pics.

Thanks to Vivek Bhat for sending the first pick along and for Outatime.net for digging it up in the first place! Click either to embiggen! 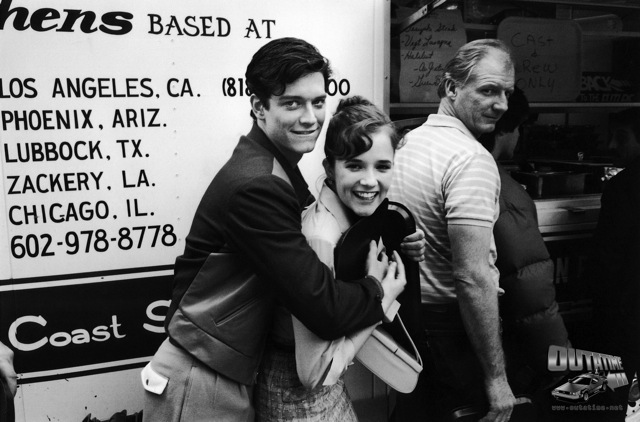 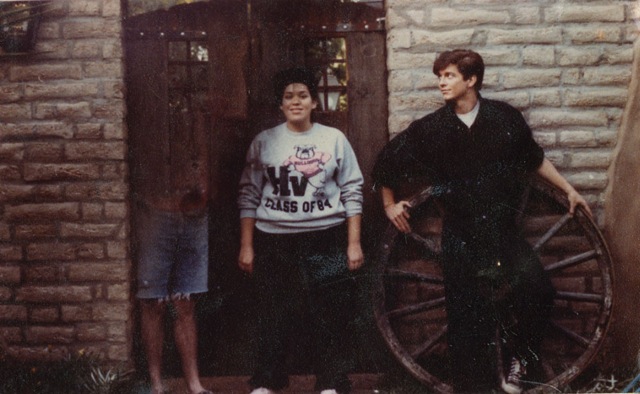 Tomorrow I’ll be at the big Alamo “Inspirations of Super 8” quadruple feature of Slumber Party Massacre, Close Encounters of the Third Kind, Scanners and John Carpenter’s The Thing, so tomorrow’s behind the scenes pic will be from a Super 8 influence to commemorate the day! Be good and patient to find out what it is!