Is 3D Worth It? A Talkback Discussion! 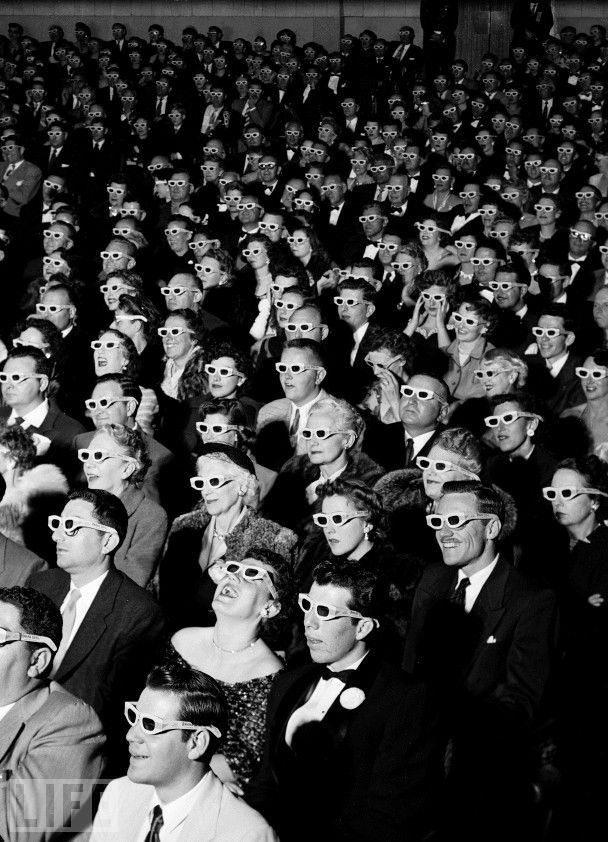 It wasn't all that long ago that AVATAR was released, and James Cameron assured us (and continues to do so) that 3D is going to be THE way to watch films in the theater from now on.  Whether it's an animated film, or big budget science fiction epic, or superhero film, 3D has quickly become the default release for these films, even going so far as to have a little blurb on the ads - "Also In 2D."  Just in case you wanted to see the film in inferior technology.

This weekend, KUNG FU PANDA 2 was released, and the numbers are in: 3D only accounted for 45% of revenue for the film over the weekend.  PIRATES 4 also suffered from a similar difference when it came to the 3D release.  I think the vote is in - family audiences, strapped for cash, would much rather pay the lesser attendance prices for summer films than the full 3D price.  There will be several more 3D releases this summer - GREEN LANTERN, TRANSFORMERS: DARK OF THE MOON, HARRY POTTER AND THE DEATHLY HALLOWS, to name some - and I'd bet that we're going to get a similar disparity between the 3D and 2D box office numbers for those films.

I saw KUNG FU PANDA 2 in 3D, and let me tell you, I thought the 3D was fantastic.  I'm especially particular about screen brightness, and at my screening, the picture was sharp, the screen well lit, and the use of the 3D in the film was immersive and fun.  The arrows shot around and past the screen, and the use of depth of field was pretty much perfect.  I think 3D works best with these animated films, as opposed to live-action or converted 3D.  I'm sure CARS 2 uses it in a similar manner.

However, the 3D in PIRATES OF THE CARIBBEAN: ON STRANGER TIDES was worse than useless - it was actually a detriment to the film.  The night scenes were just so much mud with the dimmer presentation, and to have fighting scenes on top of that - it was chaotically shot, and Rob Marshall isn't particularly known for action films anyway, so the result was an incoherent mess when it came to the visuals of that film.  I didn't see THOR in 3D so I can't comment on that - I've heard varying reports that it was done well for a conversion and others said that the glasses darkened the screen too much.

Personally, when it comes to my choice for seeing a film in the theater, these days I choose 2D over 3D every time.  It's not because I don't like 3D - done right, like in KUNG FU PANDA 2 or even AVATAR, it adds to the experience and makes the film more fun.  But I've never seen 3D really add anything to the film as a story.  Even TRON: LEGACY, with the use of 3D in the Virtual World, didn't  have to be 3D, especially when the Virtual World is so dark and the glasses make it even more difficult to see.  Also, I have vision issues - I wear glasses and I have diabetic issues as well - and I always, always gripe when the screen is dim even in a 2D film, because I can't stand seeing an underlit movie.  Theaters may be little more than concession retailers these days, but dammit, when I watch a film, it has to be bright enough for me to see what's going on.  Major franchise theaters especially irritate when it comes to this - my THOR screening was horribly underlit, even in 2D, and I've complained every time to little avail.

But I don't think 3D should go away, either.  I've seen it done right enough times that it makes the film more entertaining.  Now, does it take away from the film?  Does it turn the art of film into little more than a thrill ride?  That's a debate that we can definitely have.  Do you see yourself paying more for 3D if the film is worth it, or would you rather see it in 2D and save the extra $5?  Do you have a family to think about, and does that make a difference when going to a 3D movie?  Feel free to talk about it below.