Mr. Beaks Broadsides PIRATES OF THE CARIBBEAN: ON STRANGER TIDES! 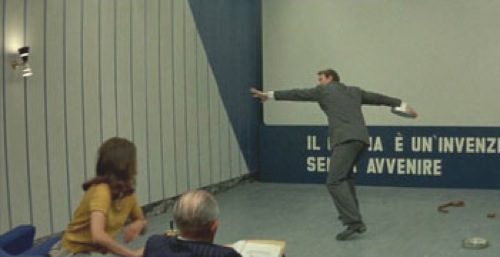 Fun fact: it's been nearly four years since Jerry Bruckheimer produced a bona-fide blockbuster for his corporate overlords at Disney. Keep this in mind should you succumb to the big-summer-movie seduction of PIRATES OF THE CARIBBEAN: ON STRANGER TIDES. As you're paying premium prices to view this mega-budgeted monstrosity in the heightened format of your choosing, know that the primary service you're providing is one of getting a struggling hit-maker off the schneid. Bruckheimer is counting on your loyalty. He's hoping that the goodwill built up almost exclusively from THE CURSE OF THE BLACK PEARL - as the last two movies have been routinely bad-mouthed by critics and fans alike (despite outgrossing the first installment) - will be all he needs to get in your pockets. As for making good on his part of the transaction and leaving you with a reasonably entertaining movie? Go fuck yourself.

PIRATES OF THE CARIBBEAN: ON STRANGER TIDES is the awe-deadening nadir of studio tentpole filmmaking, a soulless reconstitution of marketable elements in search of box office plunder. As a perversely unsatisfying moviegoing experience, it calls to mind BATMAN AND ROBIN - though to be fair to Joel Schumacher's franchise-killing debacle, PIRATES 4 lacks the conviction to be that memorably tacky. There is a stunning paucity of effort on display in this film; neither director Rob Marshall nor screenwriters Ted Elliott and Terry Rossio - who've saved themselves the trouble of mapping out a completely original narrative by cannibalizing Tim Powers's well-regarded adventure novel, ON STRANGER TIDES - seem at all interested in captivating their paying customers. What could've been a divertingly madcap dash for the Fountain of Youth is instead a lethargic, backstory-laden tour through familiar (now in 3D!) tropical scenery. Perhaps the filmmakers were relying on their murderer's row of a cast to enliven the plodding narrative. If so... oops!

When Johnny Depp sauntered into the role of Captain Jack Sparrow eight years ago, it was well-earned playtime for an actor who'd admirably eschewed easy stardom for the opportunity to collaborate with visionary (i.e. non-mainstream) directors like Terry Gilliam, Jim Jarmusch and Sally Potter - and the unmitigated glee with which he threw himself into the swashbuckling role went a long way toward erasing the based-on-an-amusement-park stigma that had dogged the project since its inception. That rapscallion charm, which was still present in the exhausting DEAD MAN'S CHEST and the muddled AT WORLD'S END, has completely vanished in ON STRANGER TIDES. This is a classic cut-the-check gig, akin to the phoned-in horseshit Eddie Murphy's been foisting on us for the last decade (DREAMGIRLS excepted). Depp is so disengaged he can barely be bothered to maintain the boozy cadence of Sparrow's speech. Worse, as he's forced to engage in endless expository conversations, artlessly furthering the plot Elliott and Rossio couldn't be bothered to dramatize, his accent comes and goes - at which point the whole endeavor drops from listless to downright contemptuous.

In Depp's meager defense, it's unlikely a full-blooded Jack Sparrow performance would've masked the amateur-hour quality of Elliott & Rossio's screenplay. This is seriously rancid stuff. When they're not lazily filling up script pages with backstory detailing the quest for the Fountain of Youth like they're writing a radio play, they're dropping in thudding bon mots like, "I, for one, support the missionary's position." Which brings us to the missionary, a desperate Will Turner replacement named Philip (Sam Claflin), whose sole function within the narrative is to fall contrivedly in love with a comely mermaid (Astrid Berges-Frisbey) - thus giving easily-enamored young girls something to swoon over. Every minute spent with these star-crossed dullards is excruciating - save for the moment a badly-wounded Philip wanders away from the climactic, soundstage-bound battle into which far too many combatants have been crammed. True, it's a laughably ineffective attempt to get some parallel action going, but at least there's a competently-composed shot or two to be found.

Bad movies happen to great actors all the time, so it's not exactly shocking the extent to which Marshall has ill-utilized the likes of Geoffrey Rush, Ian McShane, Richard Griffiths and Penelope Cruz. As the feuding Barbossa and Blackbeard, Rush and McShane at least recite their forgettable lines with professional gusto; Griffiths, on the other hand, goes regrettably over the top in his one awful scene as King George, which concludes with the most ineptly executed action sequence I've seen in some time (scored with unnecessary bombast by Hans Zimmer, who appears to be recycling cues from the previous PIRATES movies). And Ms. Cruz... one could take issue with her pronunciation struggles, but this dialogue deserves to be mangled, and she looks sensational mangling it.

PIRATES OF THE CARIBBEAN: ON STRANGER TIDES is an embarrassment on every level for Disney and Jerry Bruckheimer, but it's unlikely they'll be cowed when the opening weekend grosses come in next Saturday. And that's what's most frustrating about this film: it was a success the minute it was greenlit; all the key creatives had to do was show up, and that's precisely all they did! Ten minutes into ON STRANGER TIDES, anyone with an ounce of self-respect will remember why they should've abandoned this series four years ago, and bolt for the ticket window to demand their money back. That this movie is shorter than the mostly-maligned AT WORLD'S END only means it's a return to duration, not form; if brevity is that important to you, stay home and watch Richard Fleischer's masterfully economical THE NARROW MARGIN twice. Or stay home and watch nothing. I've got recordings of a beaten-down Redd Foxx working off his IRS debt in Vegas that evince more joy and vigor than this.

Or be lured by the siren song of Disney and Bruckheimer, and bear witness to the cinematic equivalent of Kenny G playing with his back to the audience. They'll be relieved to know that this is all it takes.