THE DARK KNIGHT RISES To Be Shooting In India?

SuperheroHype (via Daily Bhaskar) is reporting that Christopher Nolan's production of THE DARK KNIGHT RISES will be moving to a different area of the world than we've seen previously in this iteration of Batman films - according to the article the Indian government has granted permission for the film to lense in Jhodpur, India.  I wonder if they'll be shooting in the Blue City: 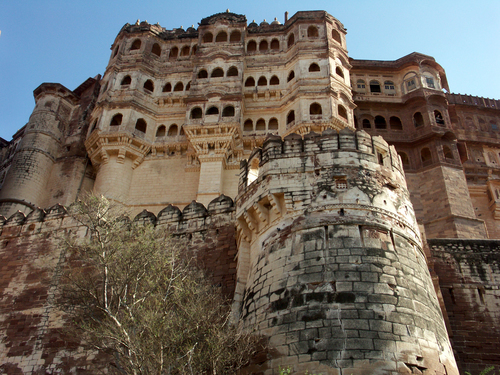 Will these places serve as the fortress or headquarters for the rumored return of the League of Shadows?  We'll see, but judging from a quick look at Google images of the city, visually it'll be unlike anything we've seen in the Batman films so far.  Looks amazing, and I'd bet it will look even more amazing on that IMAX screen.