Golly geewhilikers!   Wow.   Can't believe THE HOBBIT is at 48 frames per second & 3D.   I mean, I can - cuz I know that James Cameron said it was happening - and James Cameron is always right & undebatable.   Because it is in JC that we trust.    But now that Peter Jackson has FaceBooked About it, with pictures and everything - we're at the beginning of the very real change in cinema. 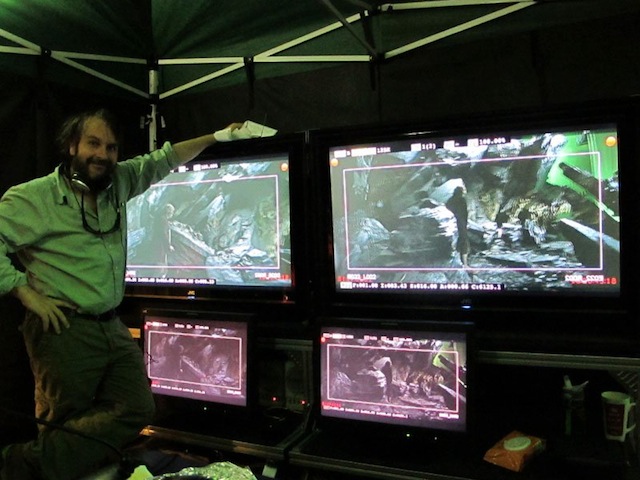 I find myself wildly curious to see what Roger Ebert is going to say about this - because Roger Ebert has been one of the most vocal proponents about upping the frame rate for cinema - for...  well, since he first saw ShowScan decades ago - I've seen the tests - they're astonishing.  The stuff of dreams.   It's still 35mm, but you're seeing twice as much with every second.  The blurring begins to evaporate entirely - and holy shit it is amazing.   Peter and Andrew Lesnie are really laying groundwork with THE HOBBIT - and I can't even imagine how amazing this is going to look.

Gollum at 48 fps 3D - suddenly there'll be no more reasons for drugs ever - because this is gonna be real without the need for the poisons to ever touch a system.   So what does this mean for us?

Well - there's no telling whether or not 48 fps will become any kind of standard based upon this film...  but we all know that each of these HOBBIT features will gross over a Billion Dollars world wide...  If it happens to go AVATAR nuts - we'll see alot of the big event films headed in this direction.   Suddenly - I can imagine the need for something above Blu-Ray and the Television systems we currently have.  I mean - if we end up at 60 fps or higher - the Internet will have to get a lot faster for Netflix.

We're in for something amazing in our theaters.   Yet another reason to dream of THE HOBBIT - oh - and in Peter's post he mentions the impending possibility of new Production Diaries!   CAN NOT WAIT!!! 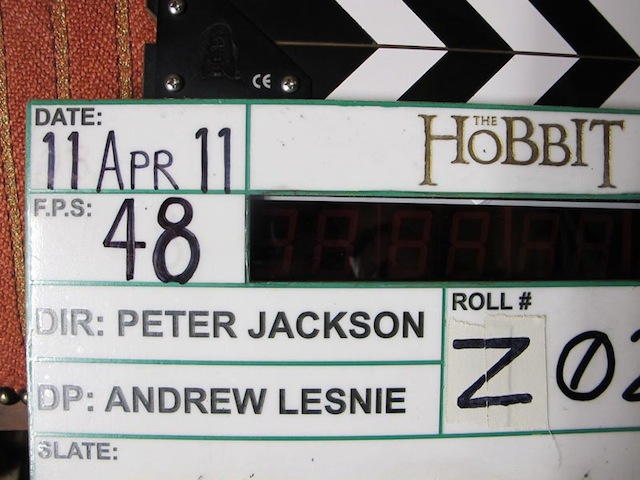