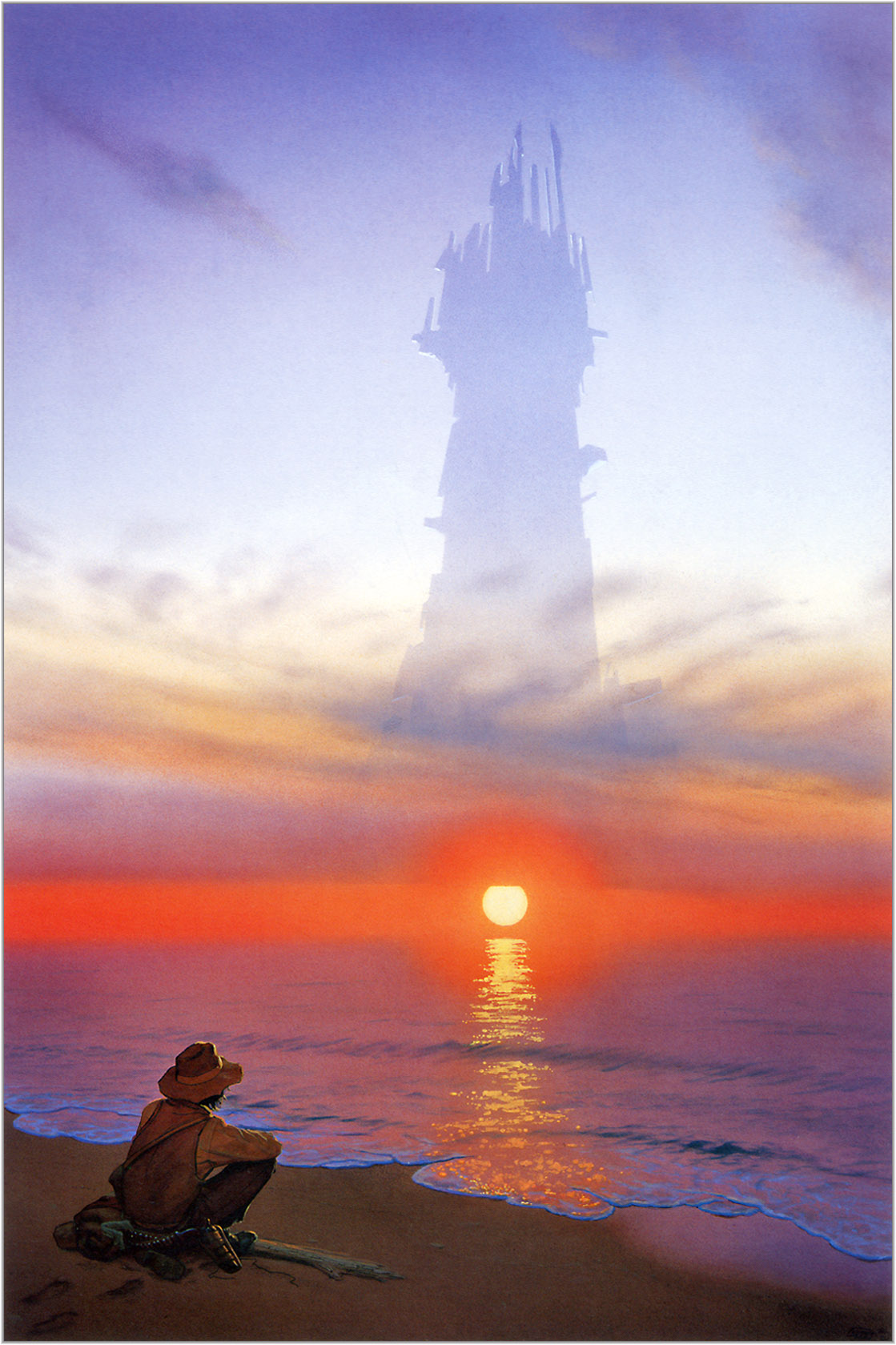 Deadline is reporting tonight that  Javier Bardem is closing on a deal for him to play Roland Deschain, the Last Gunslinger, in THE DARK TOWER trilogy, as well as be in the television show that will run between the films.  I think this might be a first in a large-scale production like this - a television series that runs between each film release, with the series between films 2 and 3 being a prequel.  I'd imagine that part of the TV series would cover the events of WIZARD AND GLASS, and since the characters in that are younger, I don't think they would be casting Bardem for Roland in that except in brief moments.

According to the article, the deal isn't finalized yet, but it's close, close enough for Ron Howard to be looking at other actors to play Jake, Eddie, and Susannah, as well as the Man in Black and the various other characters.  Bardem's a good choice - there's a real nobility and a sense of gravitas about him, but as we've seen in NO COUNTRY FOR OLD MEN he can play someone who is prone to violence at a moment's notice.  I'm not sure that this kind of adaptation would be able to get the entire scope of Stephen King's saga, but that may be a blessing.  I think this may be a case, as in LORD OF THE RINGS, that a completely loyal adaptation of the story may not be in order.

Now with the major casting hurdle out of the way, Howard can concentrate on the other actors to fill out the rest of the cast.  But it looks like THE DARK TOWER saga is indeed coming to screens both large and small.