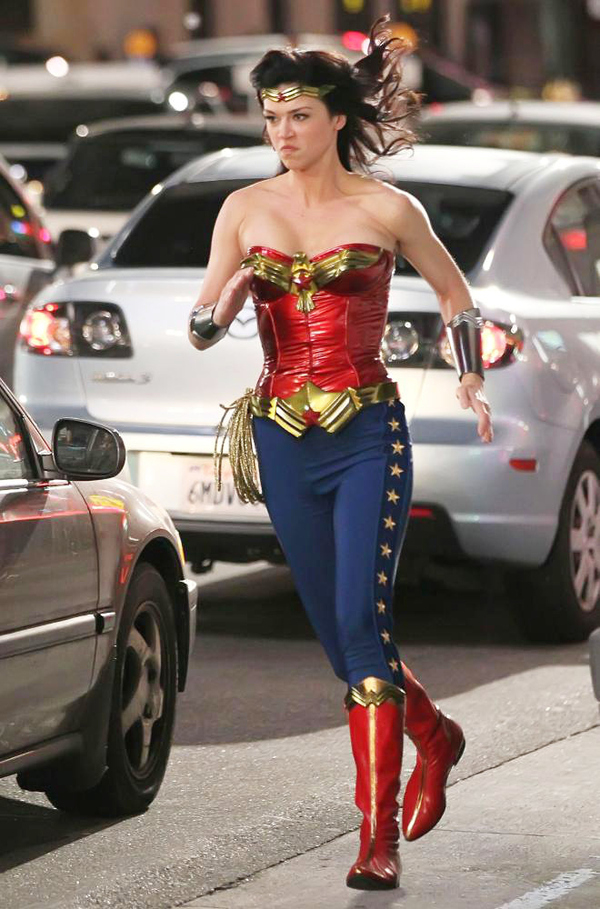 Basically they replaced the blue high heels with red flats, more in keeping with the heroine’s traditional funnybook look.  The best move, though, may have been ditching the bright red lipstick. 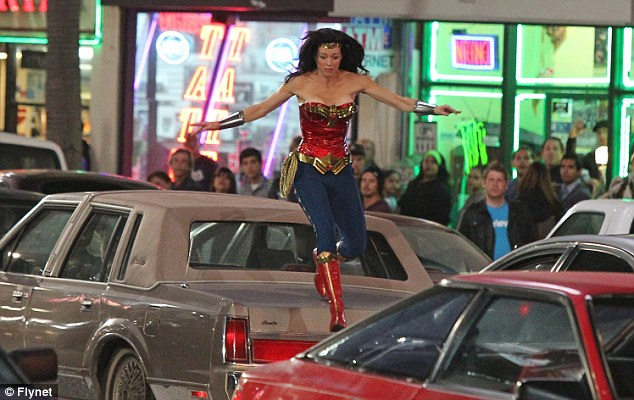 I think the girl looks supercute in the top photo and positively Shannon Dohertyish in the car-hopping pic. 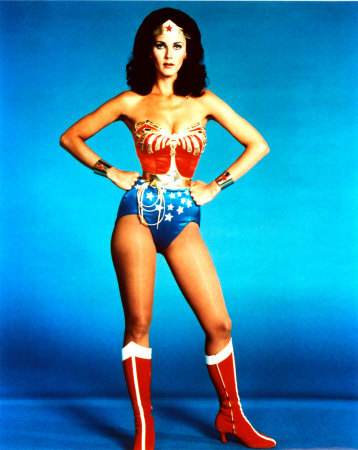 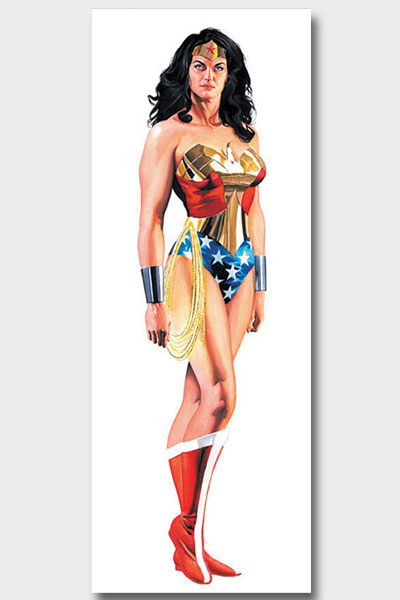 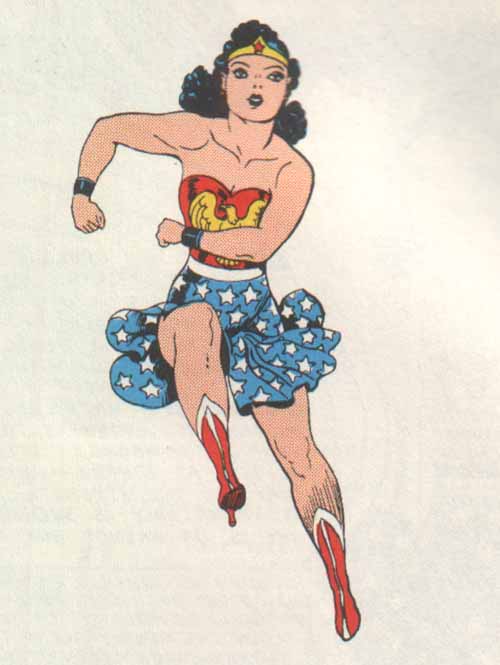 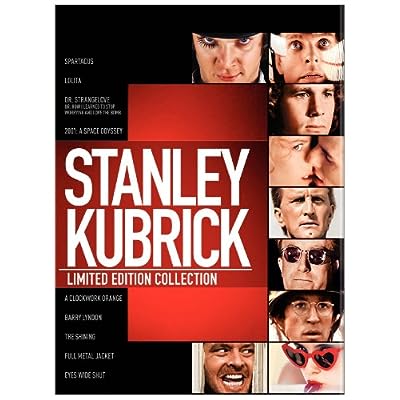 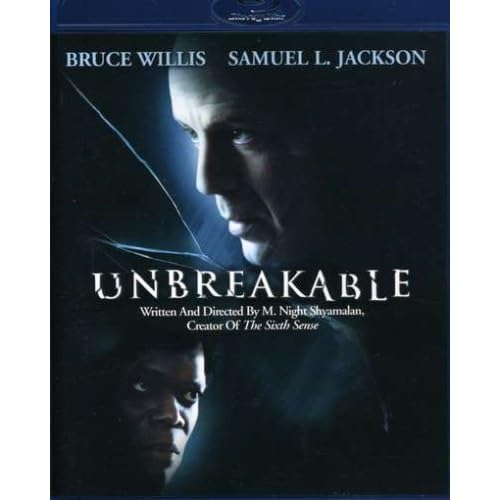