Ahoy, squirts! Quint here with my continuing coverage of SXSW. We’ve officially entered the catch-up portion of the coverage, but it’s all pretty fresh so as long as I don’t slack off these reviews shouldn’t be horrible. 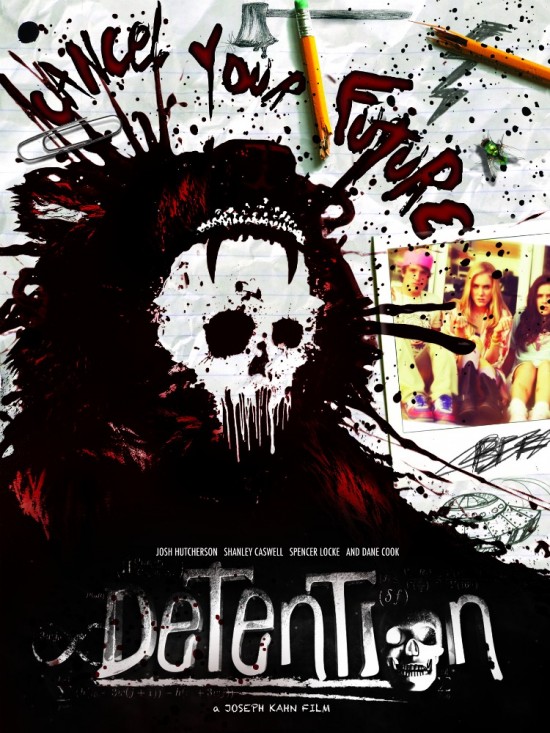 I think it was about the time that a stuffed time traveling bear had a flashback/origin scene involving a ruined desert city and a UFO that I fell in love with Detention.

Going into the movie the word wasn’t positive. I’d heard worst movie of the fest from some and just kinda wrote it off until I happened to bump into Hobo With A Shotgun’s Jason Eisener who said it was his favorite movie at SXSW. When I decided to alter my schedule and slip in the final screening of Joseph “Torque” Kahn’s DETENTION more positive word trickled out.

At film festivals this word-of-mouth can either kill a movie or make it hugely successful. Like turn-away-800-people successful (ahem Attack the Block ahem). Most of the time you really need to heed the warnings people throw out there, but every once in a while you go against the grain and find a movie that you completely embrace.

There isn’t a real easy one-liner for this movie, but to give you a basic idea of what this flick is I can say it’s like Scott Pilgrim had wild monkey sex with Scream while watching Not Another Teen Movie as Jon Waters watched on, jerking off furiously. Nine months later this ball of insanity called Detention was born out of that unholy conception.

Right up front, I’m a sucker for random humor. When I don’t know where the next joke is coming from I’m an easy, easy target. As such, the rip-roaring, hell-bent for leather ADD pace of this movie totally worked for me. So many different types of jokes are being thrown at the audience (background humor, crude lines, physical comedy, pop culture references, etc, etc) every 5 seconds that there’s no time to dwell on those that don’t work.

The biggest surprise of the film for me was that it wasn’t a spoof movie and while there are a fair amount of ‘90s references and nostalgia it’s not even really on The Wedding Singer level of “hey, remember THAT cheesy thing we used to wear/use/listen to?!?” reliance.

I was challenged to describe the plot of the film when I sang its praises on Twitter, but the reason I can’t tell you exactly what the through-line of the film is also the reason it worked so well for me. There’s about 28 different threads going on at once. On one thread you have a Scream-like slasher, straight from a fictional Saw-ish film series called Cinderhella, taking out high school students. On another there’s a Vice-Versa-like time-traveling switching of bodies story and then there’s a completely random reference to Brundlefly by way of Creepshow. 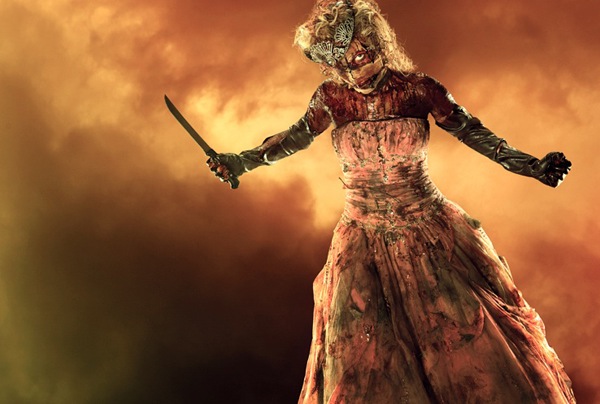 All that I describe above is like 10% of the shit thrown at you in this movie. I can totally understand being overwhelmed by this film and thinking it’s a schizophrenic mess, but at a certain point anybody who watches this movie has to make a crucial decision: am I in for the ride or will I fight it the whole way?

If you fight it, you could find yourself miserable. If you go with it you can have a blast… much in the same way one has to view Scott Pilgrim. Now, I think Scott Pilgrim’s a better film, a more linear film and one that has much more direction, but in terms of pure frenetic filmmaking it’s a spiritual brother to Edgar Wright’s comic adaptation.

Underneath the mile-a-minute filmmaking from Joseph Kahn (who, it should be known, put his money where his mouth is post-Torque and, according to his Q&A, put his entire music video and commercial-filled bank account into this production) is a solid teen-ish cast. Josh Hutcherson is probably most known of the group, but co-lead Shanley Caswell should be on everybody’s radar. She’s adorable, pulls off the comedy and romance with equal ease.

Detention is a love-letter to the pop culture of the last two decades that opens strong and immediately barrels down on the audience, demanding them to either keep in front of it or lay down and be crushed beneath its wheels.

As of this moment the flick doesn’t have US distribution, but the crazy-filled soundtrack (courtesy, I’m sure, of Kahn’s many music industry connections), high production value, recognizable young faces and manic energy should eventually attract a studio or mini-major willing to take a risk. All they have to do is cut a good trailer (much better than the one that’s out now that makes it look like a Friedberg/Seltzer “reference movie”… I refuse to call them spoof movies since all they do is reference other movies and go “Hey, remember that scene/character/joke! Hahahahaha, right?!?”) and they can bring an audience.

Or it could end up as “the most expensive home movie ever made” as Kahn said at the Q&A, but I doubt that.

Whatever should happen you’ll hear about it here. And that’s that for my thoughts on this flick. Stay tuned for a few more rambling thoughts on the films of SXSW from yours truly! 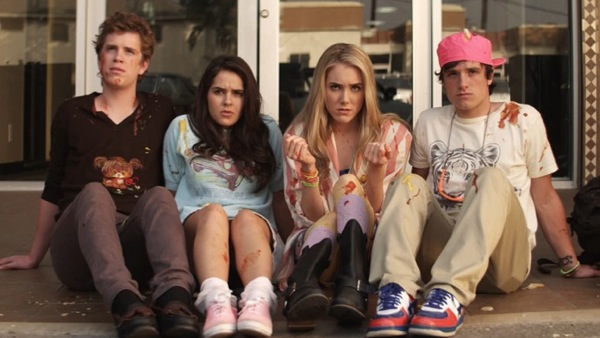