There's a lot of things that led me on the path that made me me.   I am, very definitely, my father's son.   When I was about 2 years old, my Father bought this short 4:33 film from Jerry Ohlinger in 16mm.   I've seen it, countless times.   As you can see by the lines in the print.   This was my favorite thing as a child.  I would make them play it over and over again.   Which wasn't easy, as it was 16mm...  they had to rewind it, rethread it and reproject it countless times from the ages of 2-11.   Every new friend was shown it.   This is my personal rosetta stone.

The mashing of classic movie monsters and the brilliant song, STRANGERS IN THE NIGHT.   Such things can be put together easily now in the age of computer editing, but back then - well one can only imagine what poor Cortlandt Hull had to do to get these particular images and lay the soundtrack atop.   It's grainy, crackle-y and perfect.    The print was dupey - but it conveyed a passionate LOVE for classic horror.   It made me, as a child, believe that monsters loved their prey and that the lovely ladies...  well they kind of loved the monsters back.  It became a theme I embraced in my life - a reassurance that if even these monsters and these beautiful ladies could stalk one another in a London fog, that if even a monster could feel love, perhaps then... even I could as well.

I'd seen Cortlandt Hall's name my entire life, but it had been 8 years since I watched this reel of 16mm awesomery.   But this past year, I met Cortlandt at WonderFest in Louisville, Kentucky...   then again at the Famous Monsters of Filmland convention.    We became friends, not based upon this film...  had I put it together, I would have been a blithering uncontrollable pile of tears.   Cortlandt loves the monsters.   Loves them.  His uncle was the Werewolf of London, Henry Hull.   Cortlandt Hull runs WITCH'S DUNGEON in Bristol, Connecticut - a shrine worshipping the classic monsters of yore.

Cortlandt's film below captured my imagination - gave me a love and passion for not just old horror films, but of romance itself.   I don't expect this to hit many of you as nail on the head as it does me.   This is my favorite anything ever.   This makes me float.  Makes me dance.  It makes me want to clutch and stalk the one I love.   So thank you Cortlandt.   I wish you well forever.   Your friend, Harry... 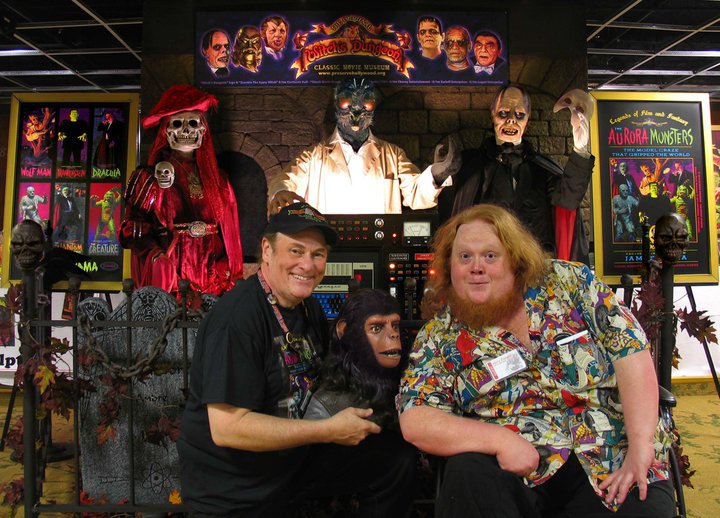