Marc Webb's Spider-Man will be AMAZING! Plus your first high res look at the full outfit and webshooters!

Ahoy, squirts! Quint here. This is a no brainer, but I'm glad Sony's finally pulling the trigger on the title THE AMAZING SPIDER-MAN for their reboot.

Not only that, but they released a nice picture of Andrew Garfield in the suit, striking a Spidey-pose with our first clear look at the mechanical web shooters! Click the below picture for the much larger version! 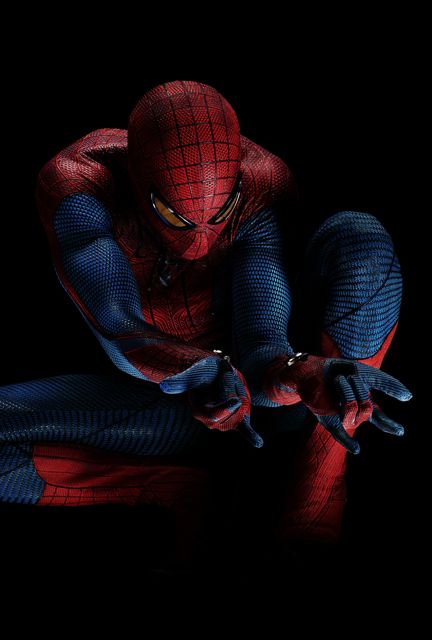 The suit's looking more and more like Spider-Man 2099 to me, but I still dig it. I'm very much in love with the idea of the mechanical web-shooters. I mean, if you're going to reboot Spider-Man you might as well add in some of the comic goodness that Raimi didn't.

I always loved that the limitations of Spider-Man's mechanical shooters handicapped him in a way. One panel that will always stick with me is, I believe, from Kraven's Last Hunt when Spidey uses all his fluid and is knocked off a building. The only way he could stop his fall was by reach out and sticking his hand to the brick wall, but the force of his fall dislocated his arm.

It gives our hero a weakness and will, hopefully, make the action scenes even that much more intense.

Also good call on the title. I guess we'll be seeing this trilogy taking comic titles, which is fantastic. First we have The Amazing Spider-Man and then what? Spectacular Spider-Man and Peter Parker, Spider-Man, right?