Quint has a rare Sundance 2011 review: here's a movie you can watch today! The Ridley Scott produced Doc LIFE IN A DAY! And it's good, too!

Ahoy, squirts! Quint here with a very interesting review. With most Sundance movies I write about it’s impossible for the vast majority of you to go right out and give it a watch… that’s one of the things I liked about my A Movie A Day column… I could make a recommendation and for most of the titles you guys could just hit the video store, Netflix or Amazon and have give it your own spin.

Life In A Day is a movie I thought was pretty damn good and not only can I tell you that, but you can watch it yourself as it holds its world premiere tomorrow. Since the film is an experiment by director Kevin Macdonald and nearly 80,000 YfouTube users, film will be streaming for free on YouTube’s homepage at 5pm PST tomorrow, Thursday, January 27th.

And I highly recommend that you watch it because I think it’s one of the better films I’ve seen at the fest this year. I know, I know… I laughed when the opening credits began with “YouTube and Ridley and Tony Scott present…” It sounds like the biggest potential mismatched hodgepodge of semi-similar footage from a metric ton of amateur filmmakers, but the beauty of this doc is that Macdonald was able to form a fairly fluent through-line from hundreds of different bits and pieces from around the world. 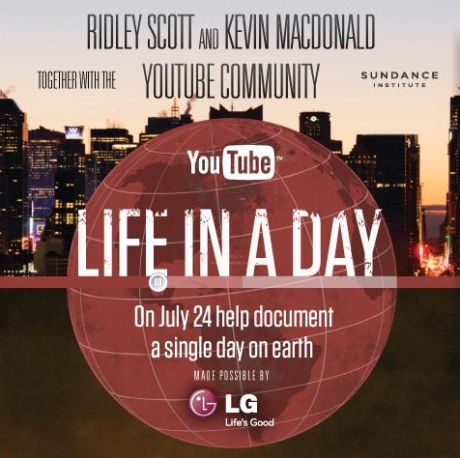 Sometimes it’s a single shot and sometimes we’re introduced to characters at the beginning of their day and check back in with them periodically as they provide mini-story arcs.

Essentially the movie begins in the wee hours of the morning as night owls and super early risers are shown and the movie tracks this one day from pre-Dawn till midnight hitting key universal moments… feet hitting the ground in the morning, breakfast, lunch, etc.

To visually show the highs and lows that can happen in one day we are exposed to birth, death, happiness, sadness, hope and cynicism as well as an underlining theme of universal truths. Everybody has to eat, be it African ladies pounding out grain to a world traveling Korean bicyclist trying to find a meal in Nepal. And the most touching universal commonality is something a little sadder.

One of the things the filmmakers did when they put the call out for user submitted videos was included a few questions that the users could answer. One of them was “What do you love?” which produced many warm and tender moments. The other was “What do you fear?” This one was divided between typical literal answers (snakes, spiders, ghosts) and what seemed to be that sad commonality I mentioned above: loneliness.

There were many testimonials, some in English, some not, about people terrified of either being alone forever or losing those they love and being left alone. I know that’s a big fear for me personally. I’ve been blessed with a good group of loyal friends and acquaintances, but there’s always that thought lingering in the back of my mind and it seems the minds of many others as well. That’s good for me professionally as that fear is one of the subtexts of The Home, but goddamn is it morbidly sad to think about.

Equal parts funny, sad and hopeful this documentary shows how similar we all are while celebrating our cultural differences. It’s an experiment that paid off thanks to the hard work of the director, the contributors and the producers. I was moved many times and this has been the very first press screening I saw at Sundance where the full audience applauded when the credits rolled, so that should tell you something about the movie.

So, later this afternoon make sure you head over to YouTube at 5pm PST and watch it for free. The price is right and it’s actually a quality product. Come back here and talk about it if you do. I’d love to see a dialogue about this flick. 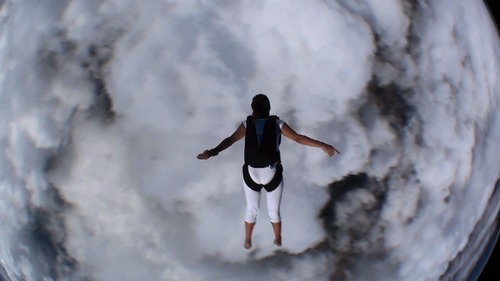