Ahoy, squirts! Quint here. There’s not been a whole lot of worthy genre at the fest this year. So far we’ve gotten the underwhelming Kevin Smith flick, Red State… which isn’t even really a horror movie… and the utter failure experimental remake (is there even such a thing or is that a contradiction in terms?) Silent House.

Sure, we have good stuff like The Troll Hunter, I Saw The Devil and Hobo With A Shotgun, but I saw the first two already at Fantastic Fest last year, so it really just feels like a void of good genre at Sundance this year.

That is until I saw Lucky McKee’s newest film, THE WOMAN, tonight.

Let us get a few things out of the way up front, shall we? Like most who were able to see it, I loved McKee’s May. I followed the troubled release of his follow-up, The Woods, but never got a chance to see it until I picked it up used. I can’t say I loved the film, a twisted nod to Argento’s Suspiria, but I didn’t hate it.

What I have really disliked are other Jack Ketchum adaptations. The Lost, Red, The Girl Next Door (not the one starring Juno, the other one) all failed to impress me much at all. They felt gritty and awful without any real purpose other than to be gritty and awful.

So you can imagine my mindset going into The Woman tonight. I was pulling for Lucky, but don’t have a good track record with the source of the material. And I’m running off of four consecutive days of 4 hours or less of sleep and The Woman was my 10:30pm movie, also my fourth film of the day.

So when I say that The Woman is fantastic, a wonderfully bizarre tale of what could be in the top 10 most fucked up families ever portrayed in film I want you guys to know that the circumstances of my press screening could have just as easily swayed me over to “fuck this, I’m gonna go home and get some goddamn sleep!” if the movie didn’t work.

Granted, I could be a little delirious at this point, but I’ve checked with other sources and I didn’t imagine the fucked up shit I saw in this movie.

For those that have been following my Sundance coverage you’ll remember that one of my main complaints with Red State was that Kevin Smith seems to have chickened out on a totally bizarre ending (something confirmed during the Q&A today, I’m told… his original draft of the script went exactly where everybody I have talked to wanted to see it go). Hate this movie (and some do) if you will, but no one will ever accuse Lucky McKee of wussing out on the ending.

The biggest happy surprise of the film to me is that it’s not a torture flick, even if it appears to be on the surface. It’s more an examination of an insanely dysfunctional family run by the charming, but sadistic patriarch, played by Sean Bridgers. At first you think he’s just a wife-beater, but as the movie goes on you realize just how demented he is and how he is enabled by his meek wife (McKee regular Angela Bettis) and withdrawn daughter (Lauren Ashley Carter).

The Woman of the title is Pollyanna McIntosh, a feral lady that apparently lives and hunts in the woods on the property of this demented little family. I swear to God, they give her a Mowgli origin, seen in flashes at the very beginning as this filthy creature stalks a wounded predator through the woods. We see a baby being sniffed at and licked by wolves. 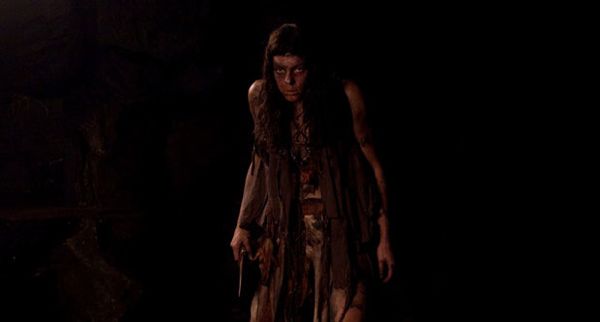 One day Bridgers’ Chris Cleek goes out hunting and spots The Woman bathing. He watches her and tracks her back to her cave. With a smile on his face, he returns home, demands his wife and children clean up a storage space/storm shelter and promises them a big surprise.

Of course, that big surprise is the wild child, who he captures, brings back, ties up and shows off like he caught a massive fish. Chris Cleek has it in his mind that he and his family will cure her, but it’s clear his intensions are anything but pure, especially as we gradually see more and more of the abuse he levels at the women in his family.

Bettis is great as the abused wife who has an anger boiling just below the surface that she’s terrified to release… in a way, The Woman is a representation of that anger, a purely violent and reactive animal… the abuser, not the abused. Lauren Ashley Carter as the teenage daughter is the most human character in the story. She hates her family life, but is tied to the family by more than just fear. 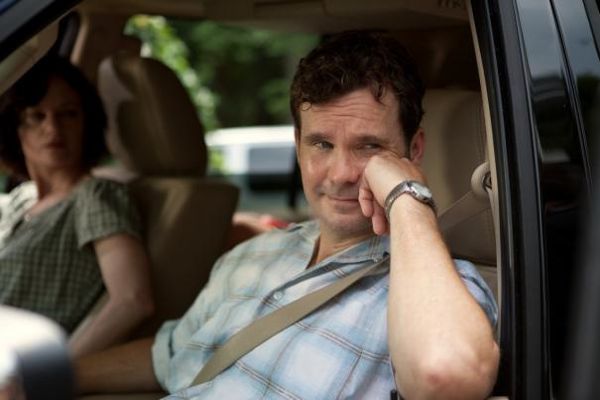 If this story was just about the revenge women get to exact on a horrible abusing bastard of a man I don’t think I’d like this flick so much, but there’s a B storyline that takes a step over the fucked up line.

Young Zach Rand plays the 12-ish year old son, Brian, who is learning way too much from his father. His mother and sister do their best to try to keep him from becoming his father, but it’s quickly evident that they’re not doing a good job at that. 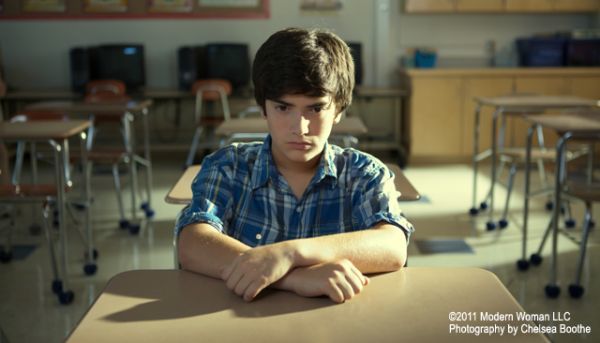 This kid takes larger and larger steps towards being his father until a particularly nasty bit of a business that goes down when he thinks he’s home alone with The Woman. I can’t believe this kid’s parents let him do this, but I’m happy they did. It’s something you never see in a genre movie and acts as a warning to how easily kids can pick up the bad traits of their parents.

McIntosh plays the woman as an animal, grunting a language that feels legit even though it’s little more than a combination of growls and wild sounds. It’s a brave performance and she pulls it off.

There has been a lot of talk about this movie since very offended audience members made a stink at the premiere last night. They’re not wrong, in a way. This is a very offensive movie, but the fact is they’re not seeing the forest for the trees. This isn’t at all empowering abusers, nor is it a soulless revenge fantasy. If they look beneath the surface they’d see The Woman is all about abused women denying the power her abuser holds over them.

It’s a very positive message hidden under a very brutal and fucked up movie.

And a well-made movie, too. McKee uses music fantastically, he pulls great performances out of his actors (young and old) and makes a very pretty movie out of some very ugly situations.

And that ending! What an ending! Totally weird, totally earned and it left me leaving the theater with a big grin on my face.

This is a hard movie to recommend, especially to strangers, so I won’t tell you which way to look at it, but all I can say is that I thought it was a very strong film and a very entertaining film. 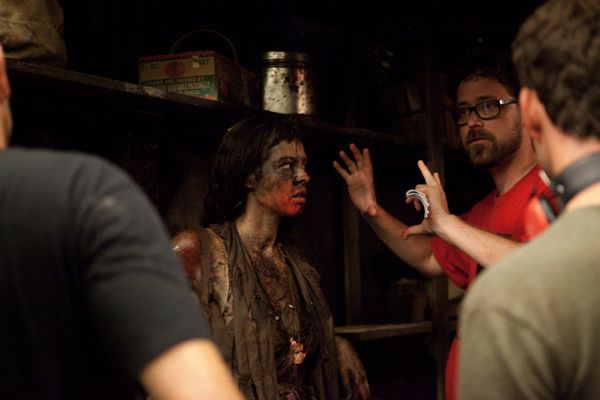