Some industrious folks managed to grab video footage of Marc Webb's SPIDER-MAN being filmed. Both  reels show what appears to be the same stunt, observed from different angles.

A second angle comes to us from TMZ, and can be found HERE.

Finally, one of our readers sent in this nice & brightened-via-software image of Andrew Garfield in costume, which we got our first look at last week, giving us quite a bit more detail of what lies in the shadowy areas of the official image and revealing quite a bit more of the suit's detail. 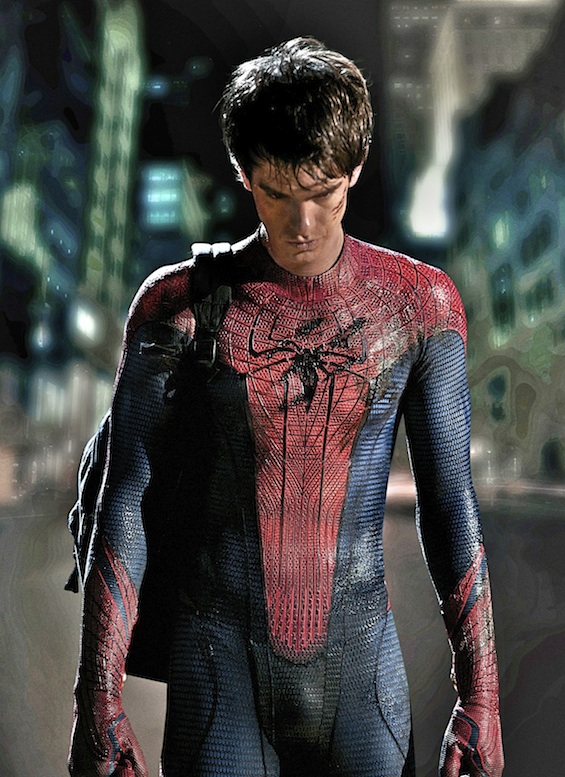