Check out these spy pics of Spider-Man in action!

Ahoy, squirts! Quint here with some neat looking spy shots from the filming of the new Spider-Man thanks to a vigilant reader named Jason.

My own Spidey-sense went off whenever Sony released the big first look at the costume last week. Usually that's the studio wanting to beat the leak and have control over the first impression of the film. So, public filming couldn't have been far off, hence the early official release.

I'm gonna share the 8 pics below and talk about 'em at the end. 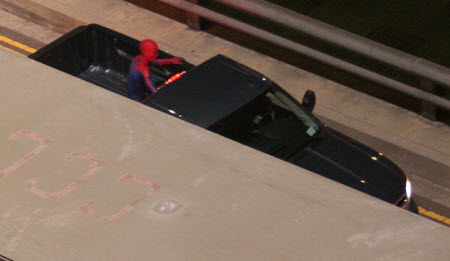 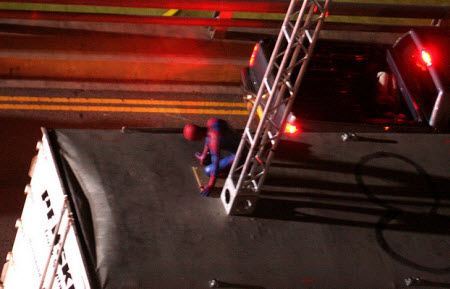 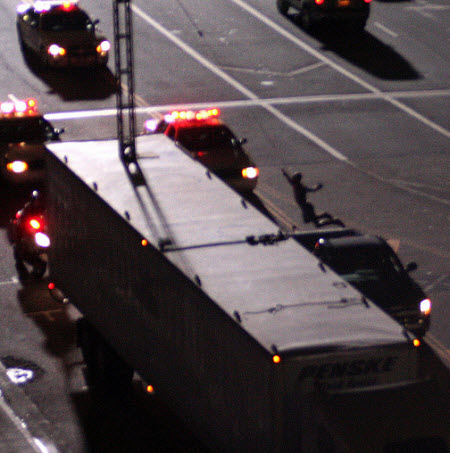 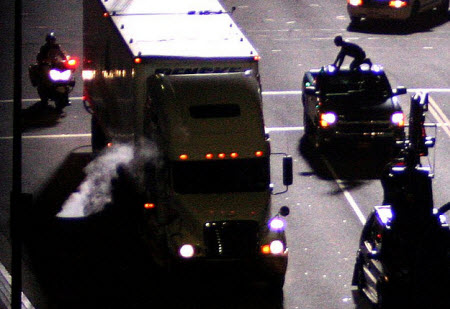 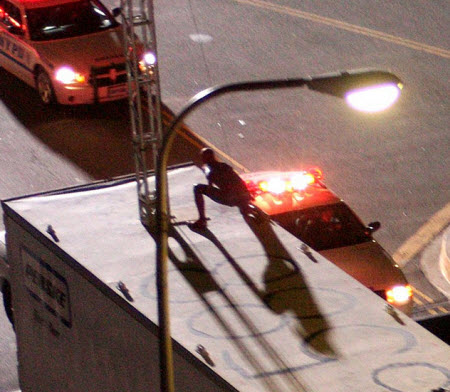 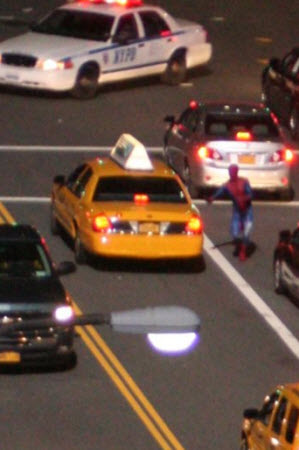 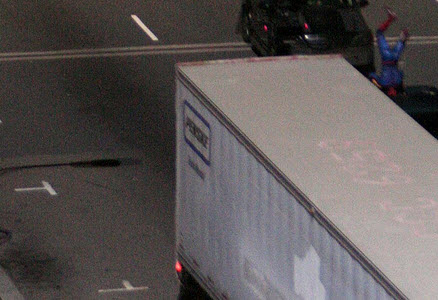 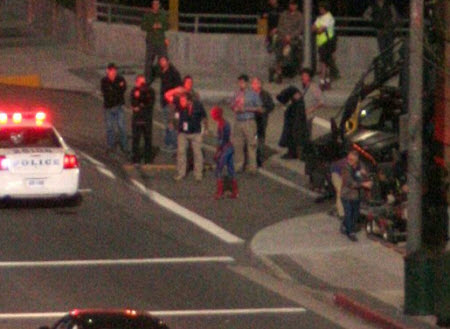 Look at the eyes in that first pic. Much smaller than previous Spidey flicks and a little more classic design, yeah? Diggin' it so far. You?