AICN has your first look at the poster for the great Korean flick I SAW THE DEVIL!

Ahoy, squirts! Quint here with the debut of the US poster for Kim Jee-woon's brilliant cat and mouse serial killer thriller I SAW THE DEVIL.

We don't see films like this stateside... the closest I can compare it to is SEVEN, but the energy is radically different in pacing and subject matter. It is about hunting a serial killer, but the hunter decides he likes playing with his catch. It's brutal, intense and just plain old awesome.

Jee-woon's previous feature, THE GOOD, THE BAD AND THE WEIRD was fantastic also. This dude knows what he's doing and if you're at Sundance you can catch the film there. If not, you can see the flick in its US release beginning March 4th. 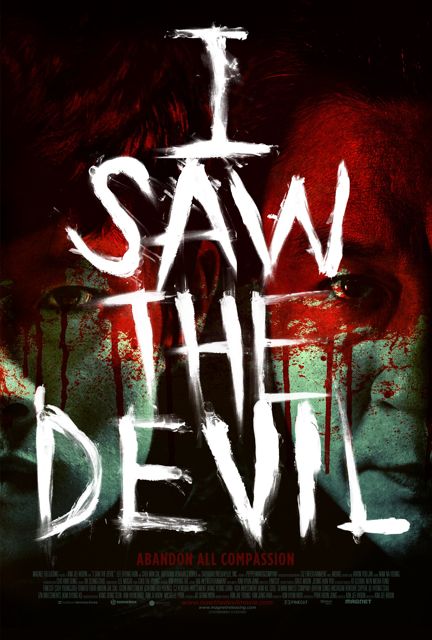 Dig it? I think it's sharp, but I also have my mad love for the movie knocking around my brain.