The Behind the Scenes Pic of the Day wants everyone. EEEEVVVEERRRRYYYOOOONNNEEEE!!!

Ah, Leon, how I love you. What an amazing flick, one that I find myself revisiting at least a couple times a year. The Professional is one of those perfect films that takes itself seriously, deals with serious themes yet is unapologetically badass and over-the-top. I don’t know how Luc Besson did it. He’s made some fantastic films in his career, but there’s something about this one that is just magic.

It could be the combination of Jean Reno at the top of his game playing the perfect mixture of childlike and killer. It could be finding Natalie Portman and pulling one of the best child performances out of her. It could be the casting of Gary Oldman before he was the go-to villain and his insanity wasn’t expected. It’s probably all three and more. 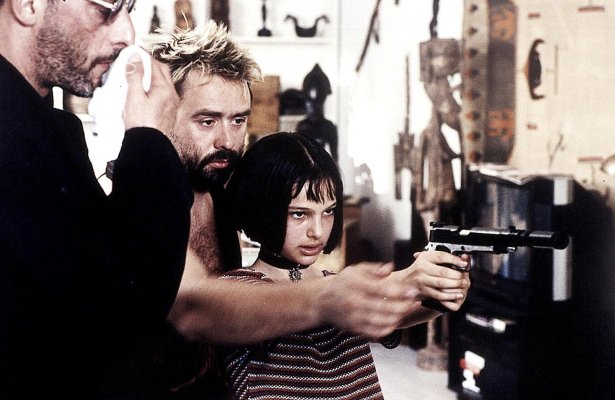 Tomorrow’s pic is the king of the world!