And Here's A Somewhat Official Picture Of Chris Evans As Captain America!

As cool as that picture of Andrew Garfield in his Spider-Man costume is (with artificial web-shooters!), I'm a little more excited about this scanned-from-Entertainment-Weekly photo of Chris Evans as Captain America for three reasons: 1) CAPTAIN AMERICA: THE FIRST AVENGER comes out this year (July 22nd, 2011), 2) this is the first big-screen attempt at one of the last remaining A-list Marvel characters, and 3) I truly believe Joe Johnston and company knocked it out of the park when they cast Chris Evans as Steve Rogers. Oh, and I've also heard that Marvel is very happy with the film.

So here's Evans as Cap (I'm sure a high-res pic will be posted soon)! 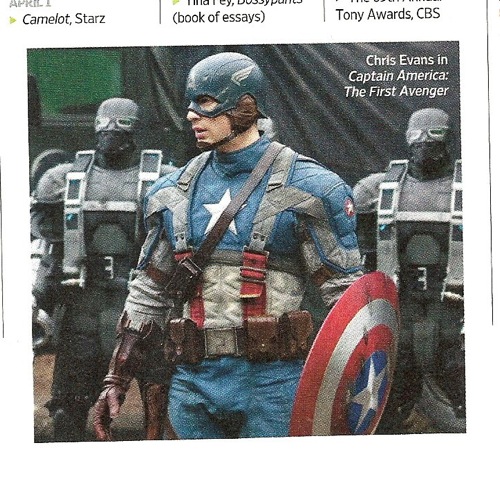