The Grapevine says, Disney is about to Green Light a TRON LEGACY sequel...

And this was the happy word I received today on the Grapevine of Industry Insiders.   TRON LEGACY, a film that many people loved, and a lot of people wanted more from, and that a very vocal minority incessantly bitch about... is getting close, incredibly close to having its SEQUEL announced!

As TRON LEGACY is set to cross $300 million worldwide, the film has proved, beyond a doubt that there is an audience that buys this science fiction fantasy.  And as DAFT PUNK's blisteringly awesome TRON LEGACY score continues to power the geek work force of the nation to plow through mindnumbing task after task...  Disney is beginning to realize, TRON could be a franchise.

As kids around the country pulled out wall crawling light trail leaving Tron LIGHT CYCLES from under their Christmas trees, Disney has been counting the receipts - and I'm told...  it's about to hit the tipping point.

Now the real question is...  Where does TRON go from here?  There is a plan, but it is being closely guarded.   There's a TV show in the works to keep the brand popping till the next Theatrical run, but it looks like us TRON geeks won't be having to sit around for 28 years hanging onto this last one, like we did the first one.

I just want glowing TRON shoes in Adult sizes.   Yeah, I'm crazy that way.   I have had the old Adidas TRON shoes long before TRON LEGACY was announced as happening, and my Hallmark TRON ornament desperately wants a glowy RECOGNIZER ornament next year!

So...  if you've been stalling revisiting the game grid again, after watching THE GREEN HORNET this weekend, take another trip. 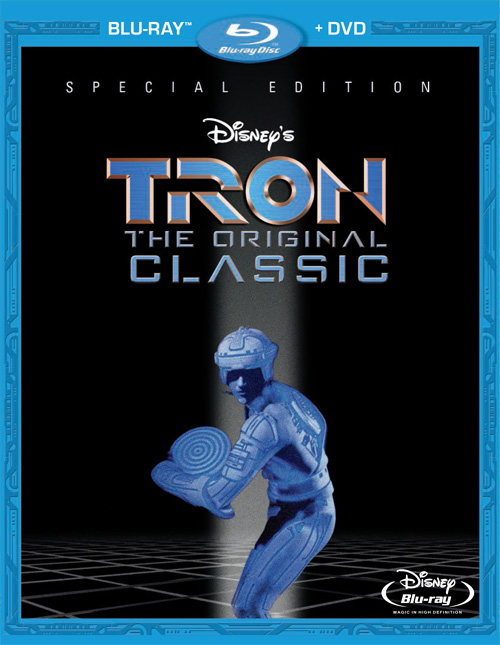