Hey folks, Harry here… last night I was trying to go to sleep, had a long day, and as I lay there, there was this scratching at the window, some branch being blown by the Siberian breeze that has reached Austin. But I couldn’t sleep, so I grabbed my lap top, sat up, and remembered – Oh yeah, I need to write my GREEN HORNET review, which will be posted in a little over an hour.

When I woke up today, I realized “OH MY GOD, I totally forgot the DVD column. So, here it is. So sorry. As usual, the images and titles link to AMAZON where you can purchase or learn more about the titles in question. If you do pick something up, it’ll go to help keep this column cranking. Here ya go… 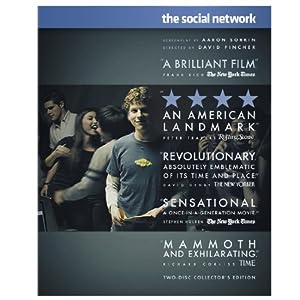 Most likely the film that’ll be considered the film of 2010. With Zuckerberg becoming TIME’s Man of the Year – and a pretty much, guaranteed lock on Best Adapted Screenplay. THE SOCIAL NETWORK is a remarkable film, that multiple viewings allow one to fully appreciate. Due to getting the Academy screeners… they sent out two on this title, the first was just the film, the second had an extras disc… which never happens. And then watching the Blu Ray, it meant I was quickly exposed to this film on multiple viewing opportunities beyond the 3 viewings I had in theaters. I love this film. When I stated earlier in the year, that it changed my life, I was serious… and how will be revealed in time. But this is a stunning film – anchored by great performances by Jesse Eisenberg & Andrew Garfield. Beautiful photography, a great score and Fincher’s usually great direction. As you would expect, it comes fully loaded with great Fincher extras like:

How Did They Ever Make a Movie of Facebook?: feature length documentary

Angus Wall, Kirk Baxter and Ren Klyce on Post Trent Reznor, Atticus Ross and David Fincher on the Score In the Hall of the Mountain King: Reznor's First Draft Swarmatron

Jeff Cronenweth and David Fincher on the Visuals 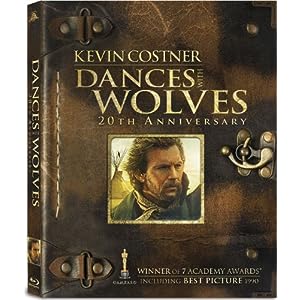 I miss this Kevin Costner. There was a time, when Kevin Costner was the golden boy – and this was the height. Winner of 7 Academy Awards, Best Picture… DANCES WITH WOLVES is a great film. Outstanding. Here you get the 4 hour director’s cut, tons of extras and beautiful image quality. Rewatching this – I couldn’t help but think AVATAR, due to everyone that said these films were twins – and with the Director’s Cut of AVATAR – it feels a little more explicit. But they’re such different films. Costner is 100% genuine and charismatic. The supporting characters, so incredibly strong. And utterly devoid of CG. Here, you never doubt a vista, you never doubt the plausibility. Here you just love the film. Here’s what you get in the set…

A Day in the Life on the Western Frontier

The Original Making of Dances with Wolves

The Creation of an Epic - A Retrospective Documentary 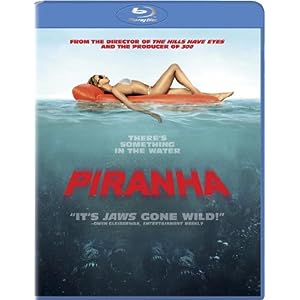 Awesome Exploitation Fun. If you want a serious PIRANHA film, this isn’t it. This is crazy. You will see tits, ass & penis. And they’ll probably make you laugh. This is a laughing exploitation horror film, and Aja just nailed it. Ever wanted to see Eli Roth die aggressively? You will, and it is awesome. Familiar with motorboating? You will. And then there’s the endless nude water ballet, which 1080p was created to bring into your living room.

About 8 minutes of Deleted Scenes.

A 2 hour plus documentary on the making of this film. (no shit)

Some deleted scenes that never got past the storyboarding phase.

Then the standard trailers and TV spots. 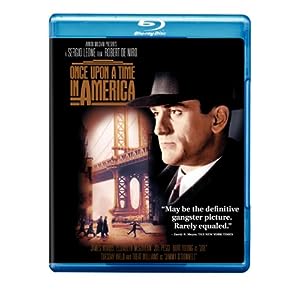 ONCE UPON A TIME IN AMERICA Blu Ray

Now this is a treat. One of the best films that Sergio Leone ever made was not a Western, but a Gangster flick, but it never really got seen in the United States in its proper form, instead it was butchered for domestic distribution, and dismissed by a lot of critics. Then… it was restored to its 3 hours 49 minute form and folks realized that this was perhaps the definitive modern made, but vintage set gangster film. ONCE UPON A TIME IN AMERICA is just stunning, featuring astonishing performances from Robert De Niro, Joe Pesci, James Woods and the incredibly young Jennifer Connelly. You’ll love it. There’s a film historian’s commentary and a Making of Documentary that could be expanded upon. But over all, this is about the film and it really is one of the best movies made. We don’t see this type of work any more from anyone other than Scorsese really. It’s a shame. But then, we have a different set of artists working today, and they focus on different things. Elegant filmmaking though, never goes out of fashion. 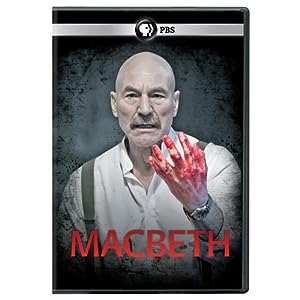 Wow… so fucking good. If you love MACBETH and you love Patrick Stewart, be prepared to just love the power of this performance. Outstanding, makes you wish you were there. 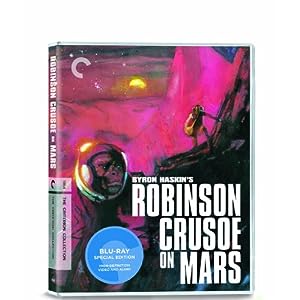 Nordling’s next, YOU KNOW, FOR KIDS is focusing upon Science Fiction… and this film is an amazing science fiction film that works wonderfully upon kids, but also adults. This was shot back in 1964, before VIKING landed upon Mars. So we had no real information about the Red Planet at the time, beyond distant observation, and the idea that Mars could possibly be a planet we could easily adjust to living upon… well, they imagined it as a possibility. This is the story of man’s first mission to Mars. The plan was to drop Adam West down to the surface of the planet, but as with all science fiction films of this kind, and especially with this title, things go terribly wrong, and Paul Mantee, who was originally going to stay orbiting the planet ends up as the first man to land on Mars. And the Mars he lands on, it’s that Chesley Bonestell version of Mars… or I.W.I.W.M. ( I Wish It Were Mars) production design. They have a little spider monkey they brought with him, and he has his own space suit. And well… Just watch. The film is gorgeous on Blu Ray, fun for the whole family – in that, if you’re a geek for this sort of stuff, you can explain to your kids about what’s realistic and not, but I love this as a surviving on an Alien planet movie. It’s great and that cover you see, that’s actually evocative of the film you’ll see. And BATMAN is in it! Criterion does a real bang up job – and here’s a list of the special features:

PLUS: A booklet featuring an essay by Lennick 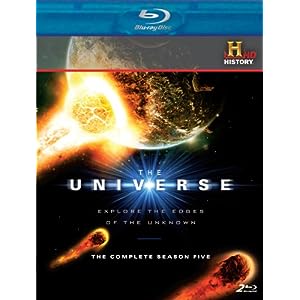 Speaking of enjoying science with the family, just in time to watch with ROBINSON CRUSOE ON MARS is the 5th season of THE UNIVERSE… which just happens to feature an episode entitled “Mars: the new Evidence”. Now it also covers the Seven Wonders of our Solar System, Magnetic Storms, Time Travel, Secrets of Space Probes, Asteroid Attack, Total Eclipse and the Dark Future of the Sun… that one’s cheerful. Anyway, as a kid that grew up with COSMOS, which I still prefer, this is a great show. Highly recommended 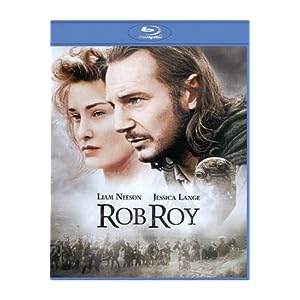 Scotland, Liam Neeson and badass sword action makes this just flat out worth getting IMMEDIATELY on Blu Ray. This is just an awesome adaptation of Sir Walter Scott’s novel. And it is a great double feature with BRAVEHEART, which you should… historically speaking… watch first! Now, if you’re buying this for a ton of extras, you’ll be sad, ROB ROY isn’t getting that kind of respect just yet. Sniffle. Perhaps one day. 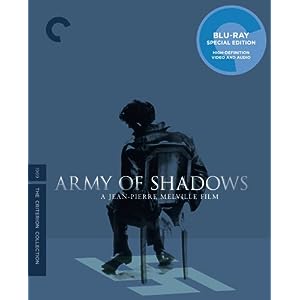 Back in 2006, we here in the US had a treat, a 37 year old masterpiece from Jean-Pierre Melville was released. The director of this year’s BNAT hit, LE SAMOURAI, really does deliver an incredible film about the French Resistance… which curiously omits the work of “The Bastards.” All kidding aside, this is by far, the best film about the French Resistance during WWII’s occupation. Criterion has done a great job with this, like they wouldn’t? Here’s what you get:

High-definition digital transfer of the 2004 restoration

PLUS: A booklet featuring essays by critic Amy Taubin 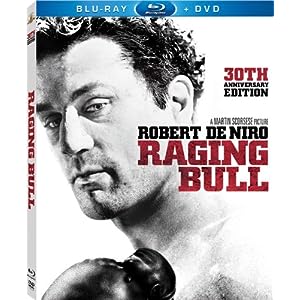 There’s 2 discs here, 1 is just a DVD, the other is the Blu Ray, which looks great, has 3 Commentaries with Scorsese, Thelma Schoonmaker, various cast & crew and “storytellers”. It comes with 4 new Featurettes… The best is called MARTY & BOBBY and is about the relationship between DeNiro and Scorsese – one of the great Director / Actor relationships in history. Although, I’m also partial to the MARTY ON FILM one too. There’s Cathy Moriarty’s appearance on the Tonight Show with Johnny Carson from 1981. A shot by shot comparison of DeNiro and La Motta in the Ring, and La Motta Defending his title from Newsreel footage. Over all, you have one of the greatest films of all time celebrating its 30th Anniversary – and a lot of good extras. I’m a fan. 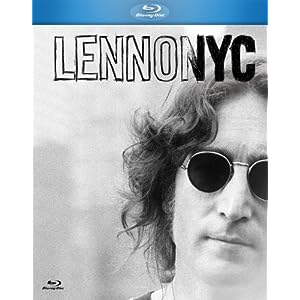 I watched this the other day and wow. Ya know, I never really have been exposed, beyond the musical results of John Lennon’s time in New York… but watching this documentary… it’s just so awesome because if focuses upon his life there, not the end. And you watch Lennon, at the beginning of this film he’s kinda lost, but after his second kid was born, you really see him blossom as a human being. Truly cease being a celebrity and becoming a fully involved human being – and it reflects in is music and in the way he worked with the people he knew, that didn’t want to bother him for business, not because he was a recluse, but because he was just in such a great place, people wanted him to enjoy it, and come to them when he was ready. Sadly that sick fuck made that not happen, but well, that’s why you should cease every opportunity you have, because there’s no telling what the next day may hold. This is a great doc. 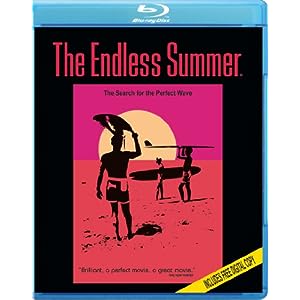 While I’ve never had any interest in surfing, visually, it blows my mind. The idea of doing that, well especially in the locations these guys are surfing… it’s amazing. This is a period and time that can never really be duplicated. Director Bruce Brown captured amazing images and you’ll love the sound, especially mixed in 5.1 like this. In fact, I’ve never seen ENDLESS SUMMER look this good. The main extra is that there is a Digital copy for your portable devices. But really… watch this as big and as bright as you can. It is amazing. 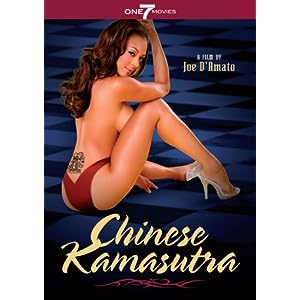 That’s it for this week, next we’ll be looking at: TAKERS, BURIED, STONE, a triple feature of fun Roger Corman titles, Marvel Knights: BLACK PANTHER, ANIMAL KINGDOM, DEATH RACE 2, the Criterion Blu of Sam Fuller’s SHOCK CORRIDOR & THE NAKED KISS, An ERNEST Trilogy, PAPER MAN, UP FROM THE DEPTHS / DEMON OF PARADISE, VIRGINITY HIT, ARMY OF CRIME, TRIGGERMAN, NOMAD: THE WARRIOR Blu Ray and that’s about it, a fairly light week. Until then, take care.