UPDATED: AVENGERS film to involve New Mexico, New York & Michigan... but will it have Skrulls & Kree? (maybe so)

UPDATE:  Sure enough in the print version of the article, the quote is there!  Thanks to Stephen for clarifying.   There is no credit for where the Albuquerque Journal got that fairly big story news, but for now - let us imagine Skrulls & Kree and the AVENGERS in 2012!  The pics below: 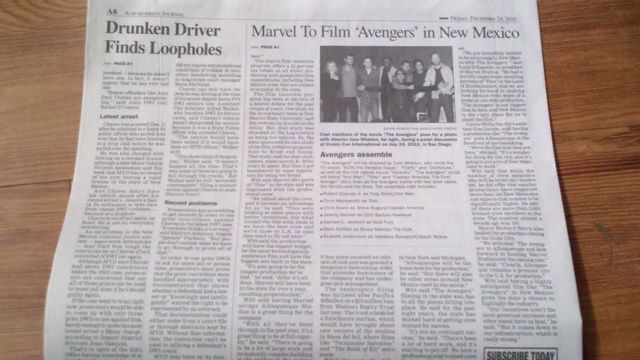 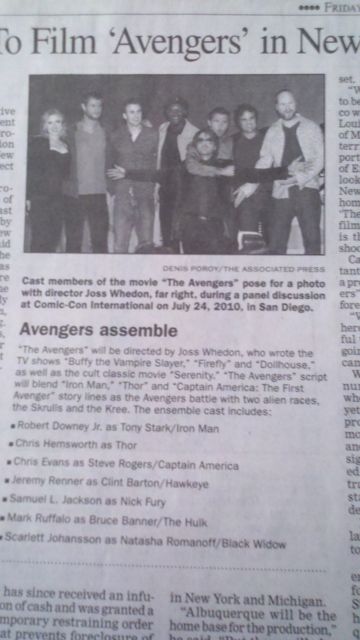 Hey folks, Harry here...    Just got an email from an Albuquerque resident that was quite excited to pick up his edition of the Albuquerque Journal today and has found out that THE AVENGERS will be shooting for a great deal of 2011 in NEW MEXICO, occupying the complete Albuquerque Studios for the majority of the year.  The article also states that the film will shoot in New York & Michigan.   - but in particular our scooper sent the following...

"'The Avengers" script will blend 'Iron Man', 'Thor', and 'Captain America: The First Avenger' story lines as the Avengers battle with two alien races, the Skrulls and the Kree."

Well...   I would be fascinated if this became a huge sprawling Intergalactic AVENGERS film.  I'm not saying that's confirmed, because God only knows where the scooper got that quote, because  I went to the Albuquerque Journal to check their article.   The full article is available behind a pay wall at the Albuquerque Journal website,  There wasn't a mention of Skrulls or Krees anywhere in the piece that is online.   Albuquerque residents...   Is there something in the print edition that isn't online?