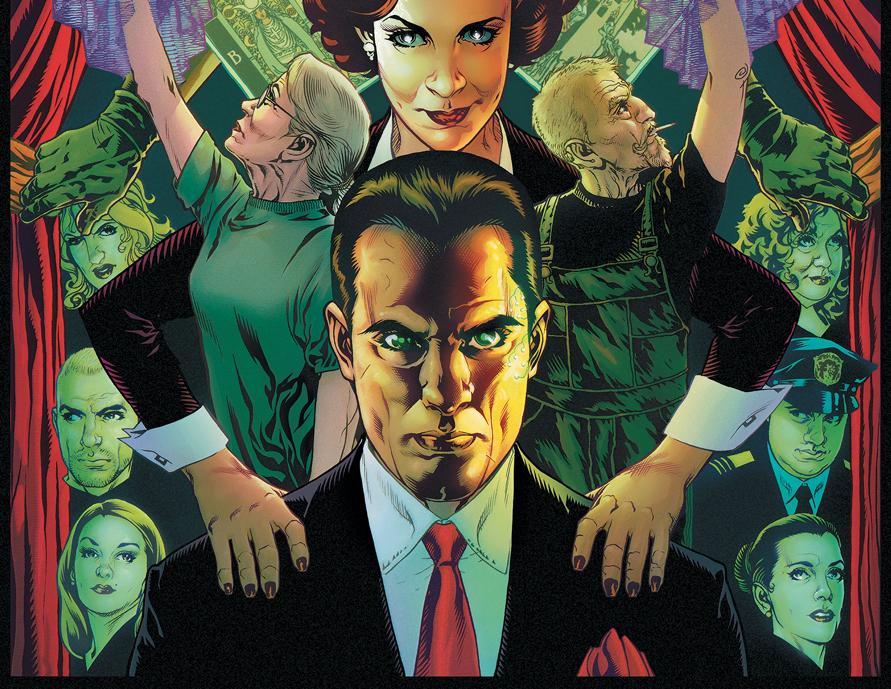 Hey Kids! Optimous Douche here. I recently had the opportunity to steal a few moments from the one, the only, Brian K. Vaughan about the close of EX MACHINA with issue 50 being released this week. For anyone that has missed out on this “politics meets spandex” amalgamation of goodness, well now would be a really bad time to jump on board since, you know…it is ending. However, like Celine Dion once said “Mayor Hundred’s heart will go on in trade.” At least that’s how I heard the song. Just wait till you read the other 49 issues before picking up 50, OK?
OPTIMOUS DOUCHE (OD): First let me say this is the most personal interview I've ever done. I was so moved by the final events of Y: THE LAST MAN it spurred me to no longer be an Ain't It Cool lurker and actually start contributing. So in a way you birthed Optimous Douche and I would not have a publishing deal for my graphic novel if it wasn't for my exposure as Optimous. So, thank you. To say the end of EX MACHINA means something to me is an understatement; how do you feel? Sorrow, remorse, asphyxiated euphoria? 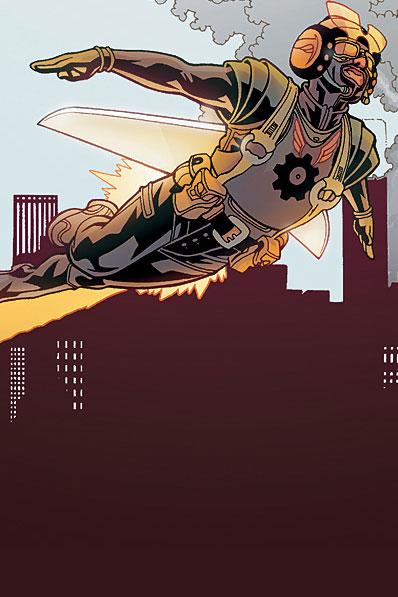 BRIAN K. VAUGHAN (BKV): Thanks so much, man. And congrats on your book!
Honestly, I mostly felt relief when I typed the last sentence of EX MACHINA. These days, very few new series get to survive for fifty-plus issues--especially "mature readers" books about jetpacks and the mechanics of local government--so I'm grateful to all the readers who helped us reach this conclusion I first pitched to WildStorm boss Jim Lee a million years ago. I'm really proud of the way we ended the series, so the only sadness I feel will be knowing that I no longer get to collaborate with Tony Harris, colorist J.D. Mettler, letterer Jared Fletcher, and editor Ben Abernathy, all of whom have worked on every single panel of every single issue since #1, which is a crazy rare occurrence in monthly comics.


OD: You like to draw a firm line the sand with the finite nature of your books; is this choice editorially mandated, some form of comic masochism, or do you feed on the tears of your fans to fuel your next creative endeavor? Basically, why must it end? Why????? 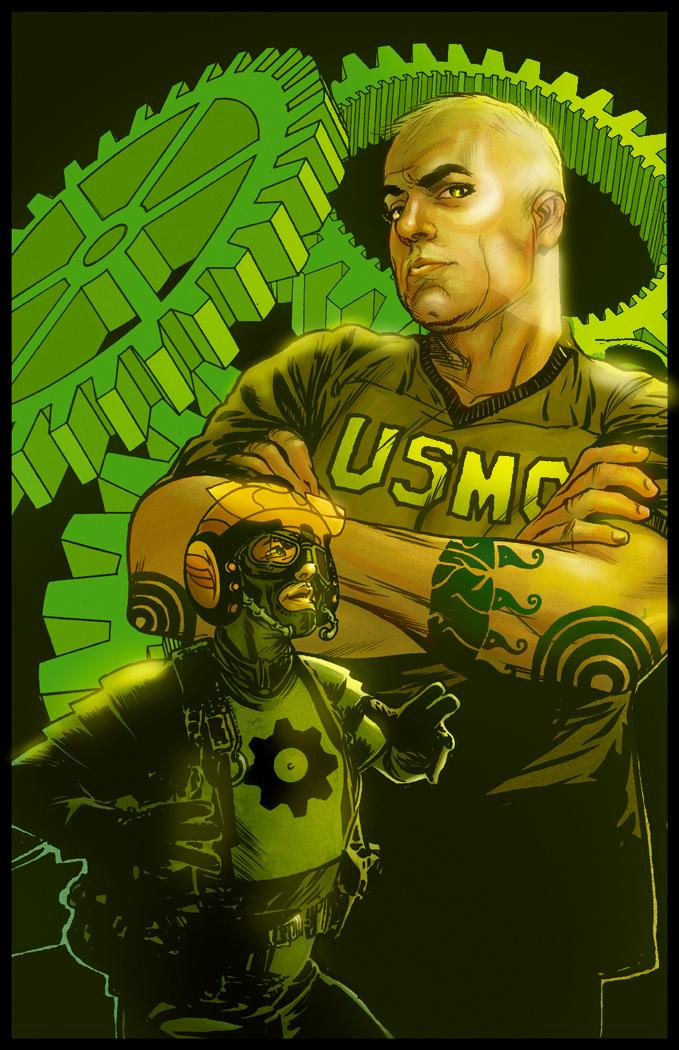 BKV: It's funny, comics are probably the only medium where a writer could frequently be asked, "Why do so many of your stories have endings?" But I know exactly what you mean! I've worked on comics like THE RUNAWAYS or THE HOOD, that were designed to hopefully continue indefinitely, and grow and change under new creators after I headed for the hills. But yeah, my past creator-owned work has always been finite, and I think my future creator-owned books all will be as well. It sucks that I'll never again get to write about Yorick Brown or the PRIDE OF BAGHDAD or now Mayor Hundred, but I hope those characters' endings make their stories more meaningful.


OD: Do you regret that all is coming to a close at issue 50 with so many plot threads still dancing in the air?

BKV: By the last page of our double-sized Issue #50, I actually think every single plot thread will have at least been addressed, and more likely neatly tied up in a bow. A black, suicidally depressing bow... 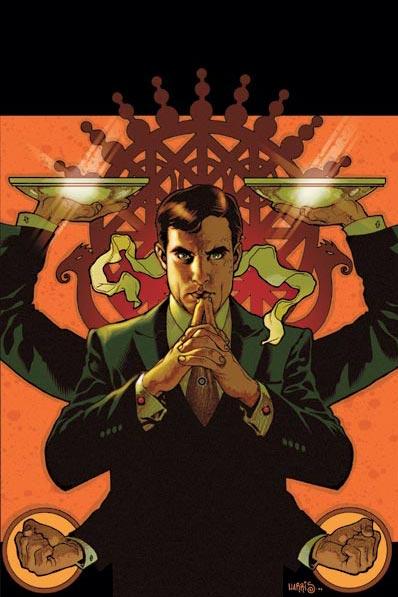 OD: Which came first when you were dreaming up EX MACHINA: Hundred the politician, a man caught exactly in the middle on issues (like most Americans), or Hundred the super hero? Was one ever ancillary to the other in the overall message you wanted to convey?

BKV: No, it was always a package deal. After 9/11, I knew I wanted to write about power and identity and the way Americans sometimes mythologize our leaders, which are all ideas that I thought the superhero genre could tackle particularly well. But it's Tony Harris who deserves all the credit for making the supernatural parts of the book feel grounded and real, and the dense political stuff feel kinetic and fun. As Tony and I have been working on this series over the last few years, it's been crazy to watch comic books and politics converge in the real world, culminating with the election of a President who grew up reading superhero comics before he ended up on the covers of them.


OD: Let's talk about the overall message of EX MACHINA. It feels very much as if it was inspired out of frustration for the current state of politics, is that fair? 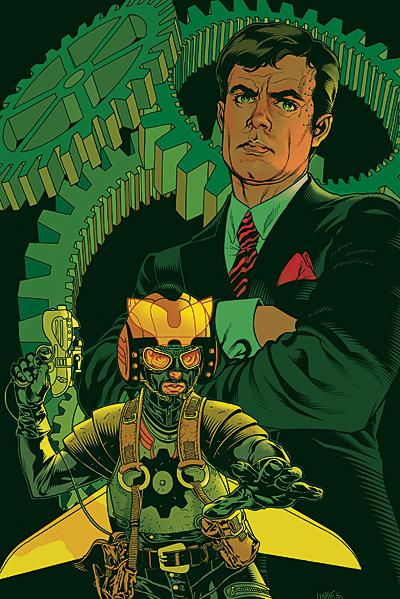 BKV: Actually, I hope EX MACHINA doesn't have a single "message." If I had some sort of moral I wanted to impart, I'd just write an op-ed piece or whatever. There are a lot of things that frustrate me about contemporary politicians, but with EX MACHINA, I was always more interested in telling a cool story about an interesting protagonist than I was in using these characters as mouthpieces for my own boring political beliefs.


OD: The detail you've given to the series on the inner workings of the New York Mayor's office is uncanny in its detail and accuracy (or at least feels that way to a guy from Jersey). Did you know all of these inner workings going into the book, research the shit out of this minutia or just make it up as you went along?

BKV: Thanks! It was a mix of all three, really: a tiny bit of preexisting knowledge, a little bit more research, and a ton of just making shit up. But I recently talked with one guy who works in New York's City Hall, and he said that it was the made-up shit in EX MACHINA that felt most authentic. Probably a lesson there. 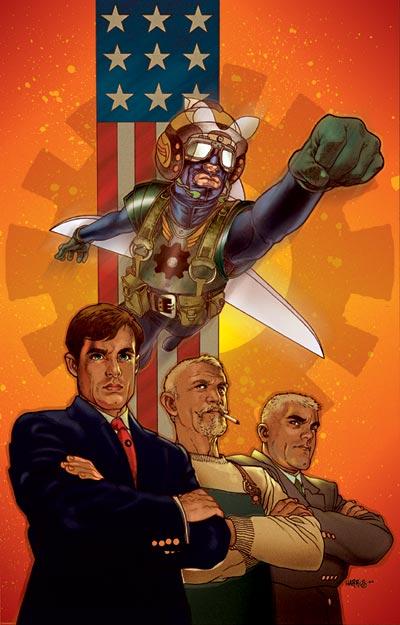 OD: The whole book starts with Hundred telling a story about his time in office, setting up for the "flashback" storytelling convention. As we've seen, though, Hundred could have possible futures on multiple planes of existence, not to mention his ambitions for the White House. I don't know too many Presidents telling stories in bars (except maybe Clinton), so which Hundred prevails?

BKV: Well, it's not a bar, but we do reveal where and when Mitchell is in that scene, and more importantly, we show exactly who he's been talking to ever since that first panel of our first issue. And while the book has dealt with parallel dimensions in the past, there aren't going to be any "alternate endings" for Mayor Hundred. In EX MACHINA #1, he warned us that his story was a tragedy, and there's no escaping that fate now.


OD: The book was obviously inspired in part by the events of 9/11, since Hundred saved one of the towers. When the book was released initially we were only a few years away from the actual event. Did you ever hear "too soon" kind of like when I asked my 3rd grade class what NASA stood for the day after Challenger exploded (thanks for that trip to the principal's office, dad)? 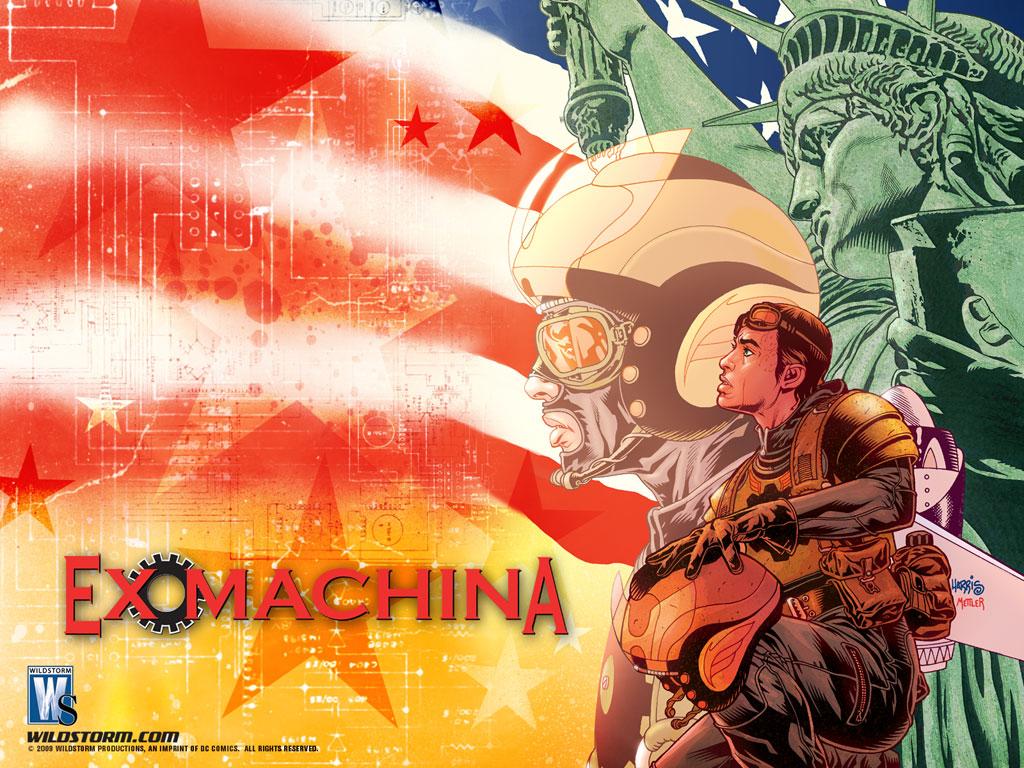 BKV: Definitely, but when you're writing about something of this magnitude, you'd always rather be too soon than too late. I knew some people would think that our first issue's final image of the one remaining World Trade Center tower was tasteless or exploitative, but it's been heartening to hear from readers all over the world who've really connected with the story. This final issue is definitely dark, but I think it's also one of the best conclusions I've ever been fortunate enough to be a part of, so I hope you guys dig it.


OD: And then POOF, like EX MACHINA he was gone. The end is nigh, folks. EX MACHINA is in stores now and if you scroll a little further down, I’ll tell you what I think of it.