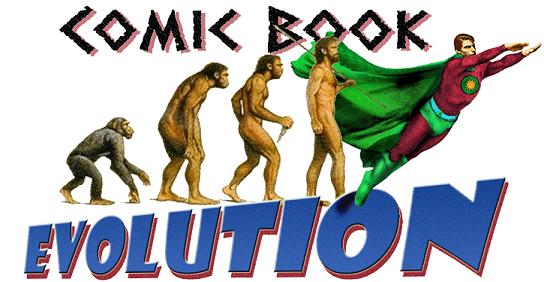 AICN COMICS: Comic Book Evolution gives us a chance to pull back the curtain and take a look at the inner workings of how your favorite comics are made from the mouths of the artists and writers who conceived them.
Be sure to look for more AICN COMICS as we gaze into the future of comics every week with AICN COMICS: SPINNER RACK PREVIEWS every Monday and then join the rest of your favorite @$$Holes for their opinions on the weekly pull every Wednesday with AICN COMICS REVIEWS! 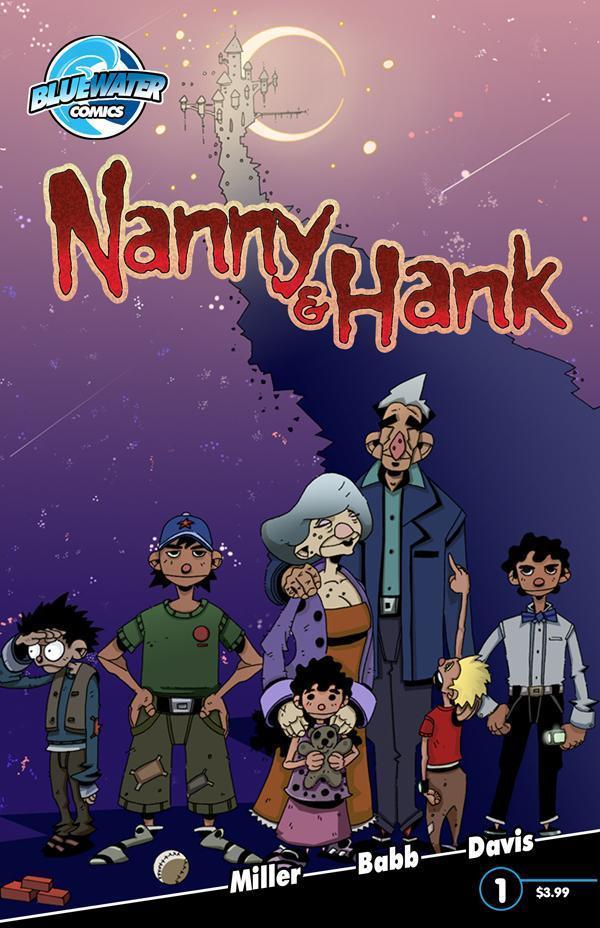 Hey folks, Ambush Bug here. I have no shame. I really want the Faithful readers of AICN to check out the first issue of my new comic NANNY & HANK, coming out in late August. You still have time to order, so tell your comic shop guy to order plentiful amounts because otherwise, you won't see it on the shelves. See a lot of retailers snub their noses at Bluewater Comics because they think all they do is bio comics, but turns out they publish some pretty fantastic original books too, but comic shops are a fickle lot, and comic readers are too, so something has to be pretty special to have them go outside the norm and order something new.
Breakout artist Steve Babb and I think NANNY & HANK is pretty special and we want folks to check it out to see if we are full of shit or not. I had a chance to speak with Steve about N&H and he was kind enough to share not only some preview pages from NANNY & HANK #1, but some pencils and inks for the pages as well. And to add to the fun, I tossed my original script pages into the mix too. Click on the images to see the whole comic book process in action. Here’s what Steve had to say…

AMBUSH BUG (BUG): Tell me a little about how you were approached by Bluewater to work on NANNY & HANK.

STEVE BABB (SB):Well, I actually approached Bluewater first. I was looking for work while another project was on hold and Darren Davis had some stuff for me. I didn't know what kind of work I'd get, but he said he had something that might be a good fit for me. That eventually was NANNY AND HANK. It really was the perfect project for me.


BUG: What was it about this story that attracted you to it?

SB: I loved that the heros were elderly people. I think that's really rare to find in a lot of comics. The vampire thing is really cool too, but the family dynamic, Nanny and Hank's relationship and the grandkids is really what sold me. Mark did such a fantastic job writing those elements - especially in issues three and four of the relationship between the kids and Nanny and Hank. It was a total joy to get to draw that stuff. Plus, it just overall felt like a different kind of project in comics. Something that I'll be happy to have done and have on my shelf.

BUG: Tell me about your unique art style and how that developed. What were your artistic influences?

SB: I think my biggest influence for NANNY AND HANK was Mike Mignola. But right when I started in on the first issue of NANNY AND HANK, I was looking at a lot of different stuff. Eric Canete, Skottie Young, John Paul Leon, and a lots of others. I think that first issue contains a sort of collision of styles. It was scattered, I think, and I feel like the first issue suffered a bit for it. I was trying all kinds of different things and taking on different influences as I saw fit. In some moments it was intentional, but in others I took things too far too quickly. However, it does make for artistically a interesting read and I don't feel like the overall intention of the first issue is lost or minimized. Anyway, after I got through the first issue everything sort of settled down and I found my groove. I'm really lucky that we had Ivan Plascencia on colors - he is amazing! Ivan saved me in some spots.


BUG: I can't believe this is your first published project. What did you do before this?

SB: Before this I was working on a comic called DRAGONFIRE for Tom Akel. We had to put the project on hold for a while though. So, during the break I was looking around for something else and was fortunate to meet Darren and Bluewater.
Follow aicn
Readers Talkback
comments powered by Disqus
Trending