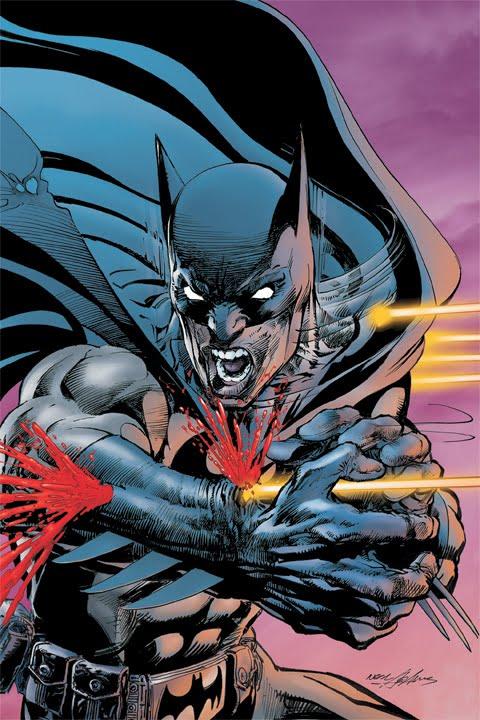 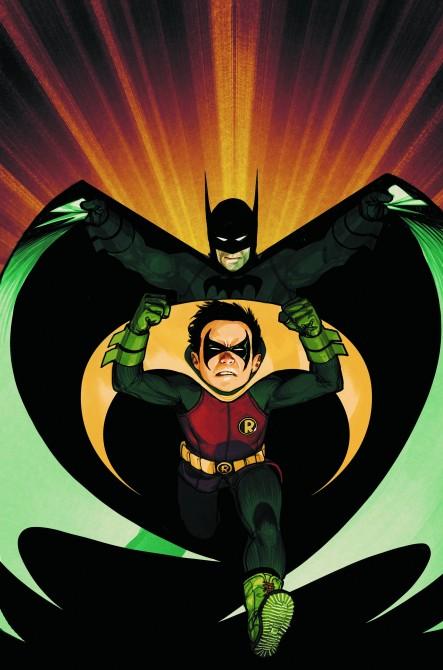 Another Look at BATMAN: ODYSSEY #1

“This is new. Feels like a cigarette boat.” “Unfortunate name. but, yeah. same-same.” “No. Hey, right! I got. I like it. I love it! It’s mine! God…”
Last week someone politely asked, “please review BATMAN: ODYSSEY Kletus, I yearn for your opinion on the return of one of DC’s most celebrated artists and I would NEVER use sarcasm to get what I want, not only that but I appreciate the reviews you guys do here on a weekly basis,” and me being the kind, gentle, loving, good looking soul I am, I said “damnit…I’ll do it!” The first thing I’ll mention is that I was not impressed by the preview pages of B.O. that DC had added to the back of their comics. It didn’t grab me but I was curious as to why Batman was brandishing dual pistols and that was really the extent of my interest in this book. For the most part, when “a legend” comes back to a title that they drew or wrote over twenty years ago, it rarely warrants all the hype surrounding it…sorry, it’s true. I know there are a few exceptions to every rule but a lot of times shit just doesn’t work. I’m sorry to say this may be one of those times. In the immortal words of Arsenio Hall this book is filled with things that make you say “hmmm…”
This book is frustratingly confusing. I’m not sure if this was done on purpose but damn, between the dialog and the jumbled panels I was really lost. My first point of confusion was in the Batcave. Kirk Langstrom the Man-Bat just swoops in, picks up Robin, and flies off…all this happens in front of Batman who is unfazed by all of this as he’s giving Robin a lecture about guns, so Robin is answering his questions whilst being flown around the Batcave by Man-Bat. No explanation as to how he got in there or why the fuck he’s flying Robin around…hmmm. Then Batman & Robin get called away to foil a Riddler scheme but Batman chooses to ignore it and go to the pier instead…hmmm. Now why the fuck would Batman ignore a threat from the Riddler robbery in progress, couldn’t people be dying or some shit? Not only that but Batman scolds the Man-Bat for being, well, Man-Bat form, tells him to take the serum to change back but then leaves him ALONE in the Batcave to take the serum by himself…hmmm. Plus another Man-Bat type figure is just hanging out in the Batcave after B & R leave…WTF?!? Isn’t there security in that piece or what? The dialog had me thinking I had missed something on the previous page but really shit was just disjointed as hell and sometimes just weird, “There’s time for talk and there’s time to grab the family jewels, shut up and ride the wind”…this is Robin quoting a phrase that Batman (I guess) frequently says…hmmm. I’d believe that in Frank Miller’s Batman but it was just out of place here and it happens a couple times where dialog/actions just jump out of nowhere and you’re like…why did he say/do that? The artwork was good, no doubt about that, aside from a few panels being a little jumbled together. My problem with it though is that it looked as though he drew it with the intention of it being on the old style comic book paper. It kind of looks like those bad transfers of old story lines that Marvel puts in to trades (MAXIMUM CARNAGE TP) that look blurry at parts not to mention a lot of the detail gets lost. That being said I still think the artwork was good, I just think it would have looked a lot better on non glossy paper which is probably true for a lot of old school artists.
Neal Adams has achieved more in his lifetime than I will in two, thus I mean no disrespect with this review…but B.O. just didn’t do it for me. I had a hard time understanding a lot of things in this book, like the ending; who are those people and why is shooting a car filled with hydrogen a cliffhanger? Was there something important in the car? I just have too many questions and not ones that make me curious about the next issue. Like why, when Batman said he was going to the other side of the pier to contain the baddies, did Jim Gordon deem it necessary to get on the bullhorn and loudly announce what Batman’s plans were? Hmmmm. Anyway, the art was definitely good but not really my cup of tea. It’s kind of a mix between Jim Aparo’s facial expressions and Joe Kubert’s line work but nothing is as sleek as what Jim Aparo would do, being that in most of the panels the subjects were in the foreground masking what was behind them. I guess if you have one of those “I’ll buy what ever Neal Adams does” attitudes like I do for Jim Lee than you probably have already bought it, read it, liked it, bagged and boarded it and are pissed at this review but it’s my story and I’m sticking to it. In the words of the random cliffhanger pier bad guy, “Blow! Blow to hell!!” 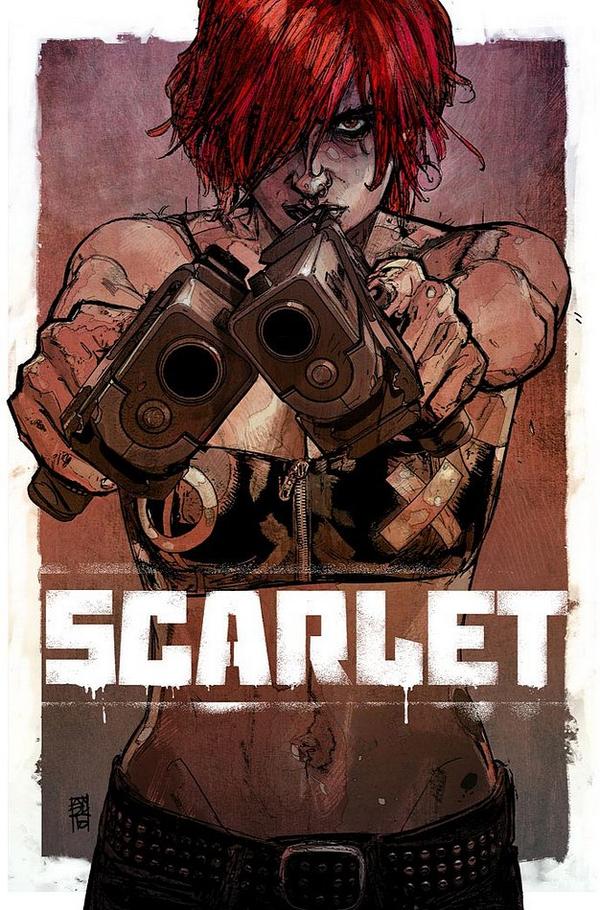 The world is broken. You know this. I know this. Scarlet knows this. We all have this knowledge in common.

Remember, if you have a comic book you’d like one of the @$$holes to take a look at, click on your favorite reviewer’s link and drop us an email.

Check out the @$$oles’ ComicSpace AICN Comics page here for an archive and more @$$y goodness.