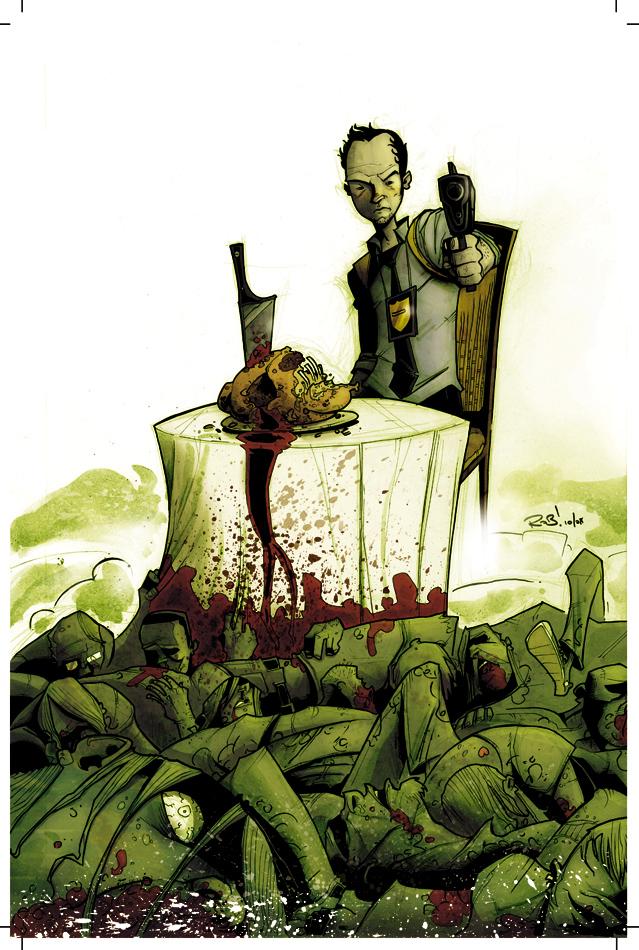 Hey folks, Ambush Bug here with a very cool peek at and chat about a unique new miniseries from Image called CHEW. I’d tell you about it, but I’ll leave it to the people behind CHEW, writer John Layman and artist Rob Guillory, to do that.
AMBUSH BUG (BUG): So tell us a bit about CHEW.

JOHN LAYMAN (JL): CHEW is a procedural cop drama with elements of horror and humor about a federal agent with the ability to get psychic impressions from what he eats, so he’s assigned to nibble on corpses to solve crimes, like finding out the motive or identity of the killer or whatnot. 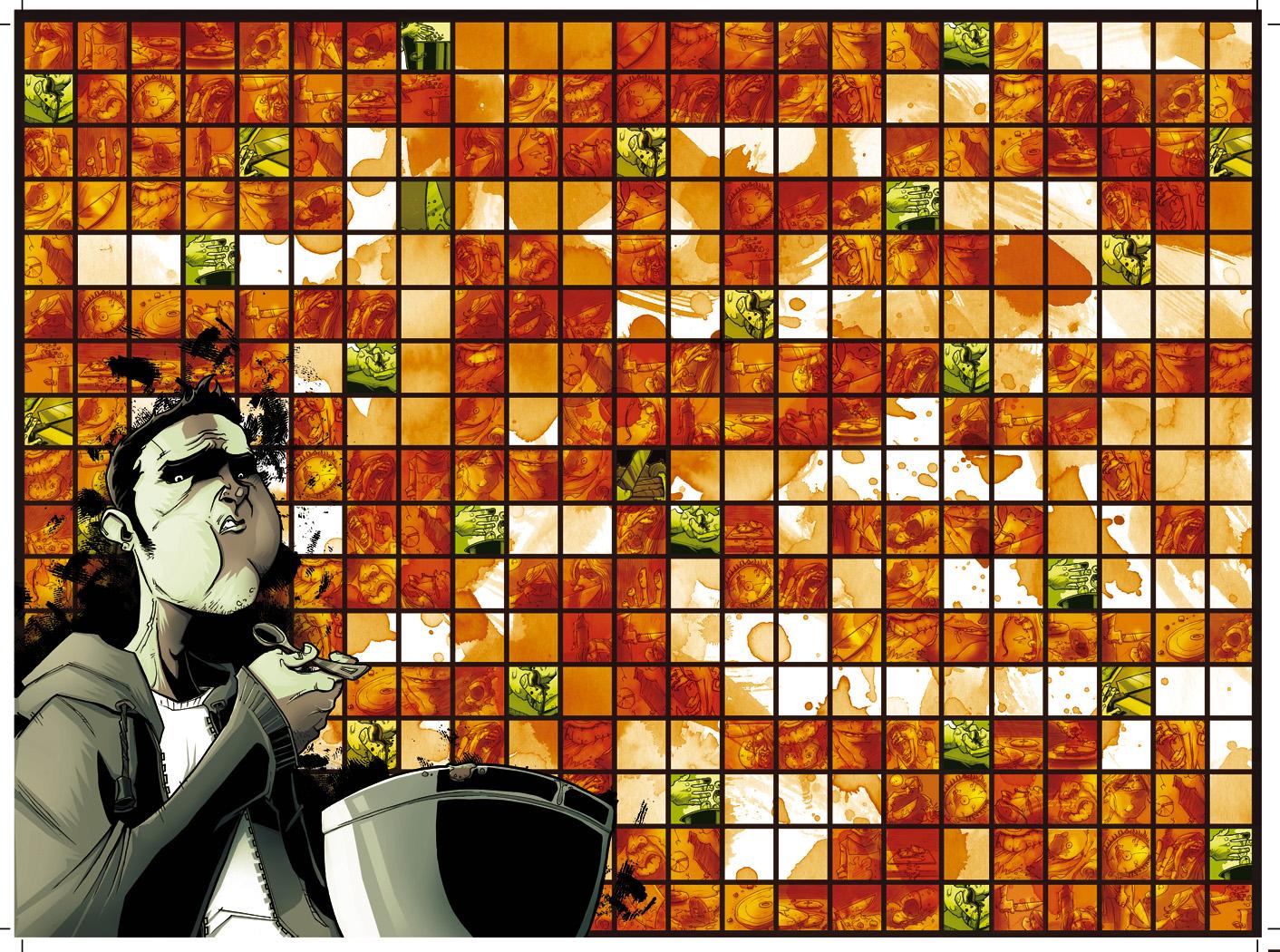 That’s the shortest explanation, which doesn't just simplify it, but vastly simplifies it. The story is set in the near future, after a bird flu has wiped out millions across the globe. The U.S. government’s response to that is to enact a controversial Poultry Prohibition, and part of protagonist Tony Chu’s job is to enforce that, even if he, like many other Americans doesn’t completely believe in it.
So yeah. Horror. Cops. Gross-out humor. A dash of conspiracy sci-fi. And really, really fantastic artwork by Rob Guillory.


BUG: The concept of CHEW is pretty out there. What type of research does one do for this type of comic? Did you do much by way of studying forensics and the like?

JL: There is a half-assed amount of research that goes into every script. It’s not going to stand up in any sort of scientific symposium, but I do at least attempt to make the crazy shit sound plausible. At least, whenever I can. But this comic book is entertainment, dammit, not homework! 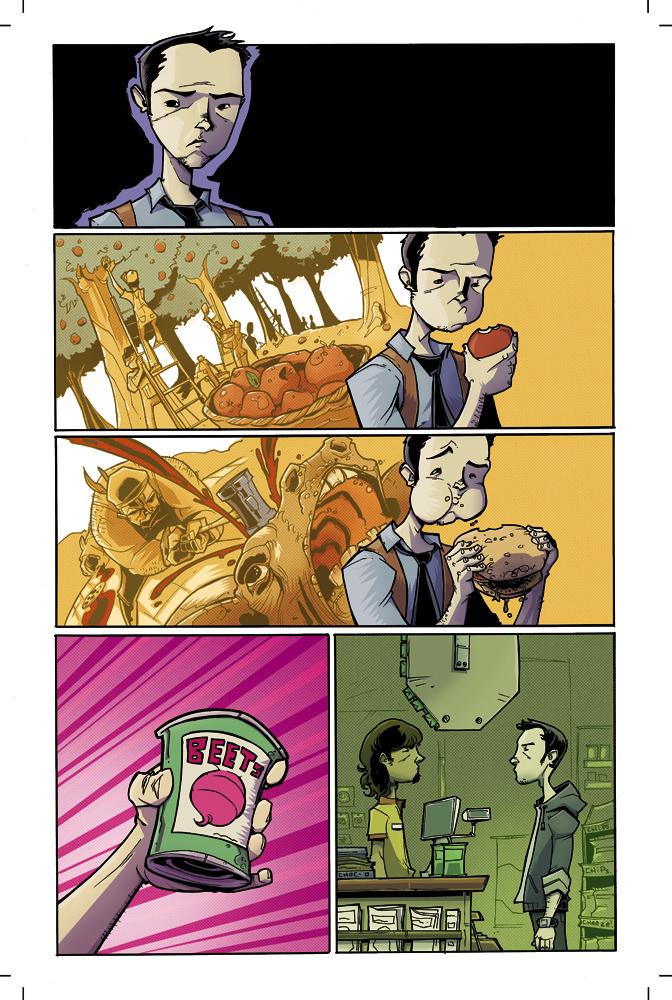 ROB GUILLORY (RG): I watch a lot of CSI: Miami. Does that count? I find that watching David Caruso put on and remove his sunglasses repeatedly is adequate research for what we’re doing here. We don’t get very scientific, simply because it’s not necessary.


BUG: Were you the type who liked to put things in his mouth as a child?

JL: Only when I aimed for my nose and missed.


BUG: Beets, of all things, cancel out Agent Chu’s power. Ugh, I hate beets. Why beets?

JL: Because YOU hate them. In my next book, I want to write a story that revolves around some of the things you like. Can you send me a list? Can I include pie? Everybody likes pie (…except Agent Tony Chu). 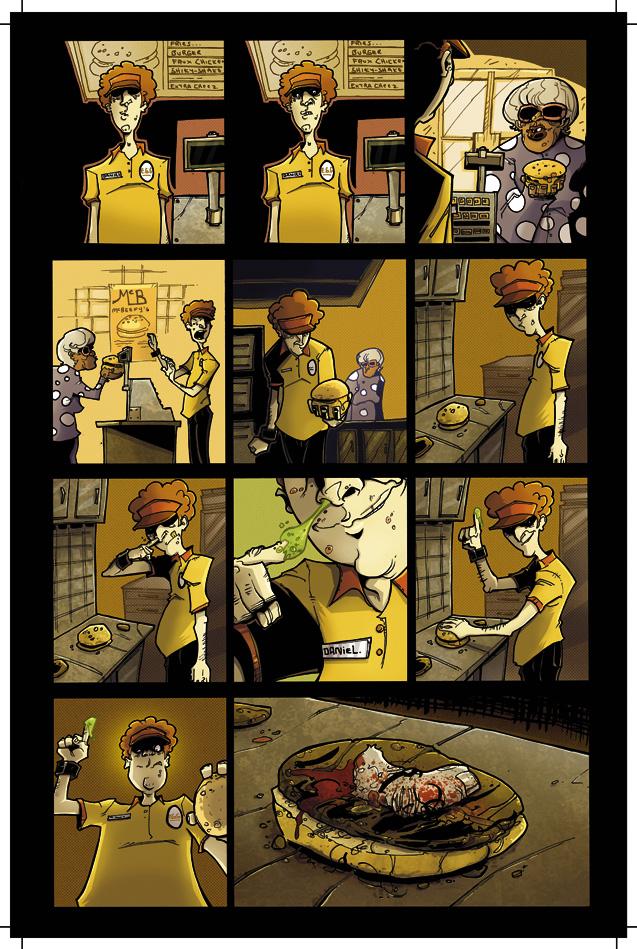