Well, AICN COMICS: SHOOT THE MESSENGER is your weekly one stop shop for comic book news that’s dropped in the previous week. Thanks to Newsarama, CBR, Wizard, etc. for reporting it as it breaks. Click on the links for the original stories. This column cuts the crap to run down all the vital information for those of you who don’t follow it as it comes in, and serves it all up with that special ingredient of @$$y goodness. It’s also the place for interviews, previews, and special reports. 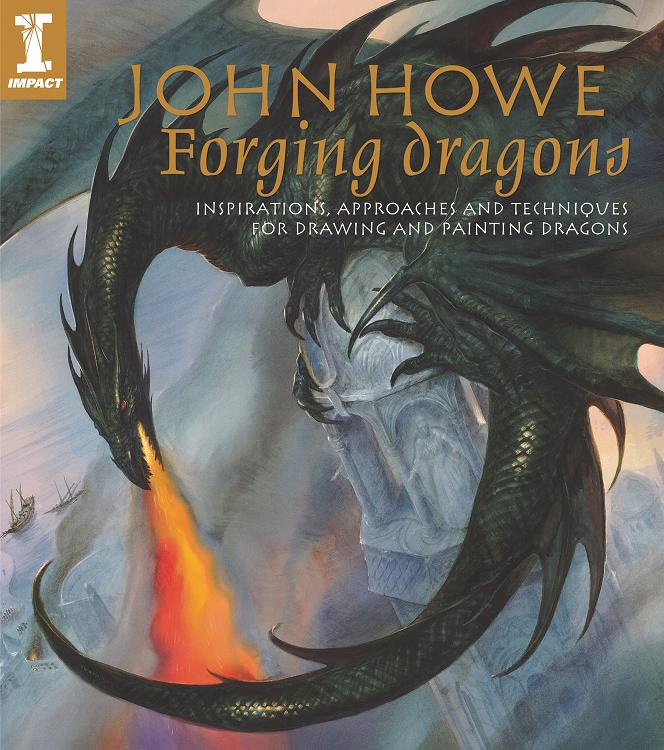 Hey folks, Ambush Bug here with another big contest for you. John Howe was one of the creative minds behind the concept design for the LORD OF THE RINGS trilogy. He’s written a book for Impact called JOHN HOWE: FORGING DRAGONS where he goes into the mythology of dragons, the actual history of the big beasties, and how it all relates to his art. Although he isn’t officially attached to the new HOBBIT films as of yet, that doesn’t necessarily mean he won’t be. In the meantime, Howe has included concept sketches of The Fell Beast and Smaug in this new book. I’ve found Impact’s comic book instructional manuals to be fascinating reads and this one seems like it will be more of the same. A trailer for the book can be found here. 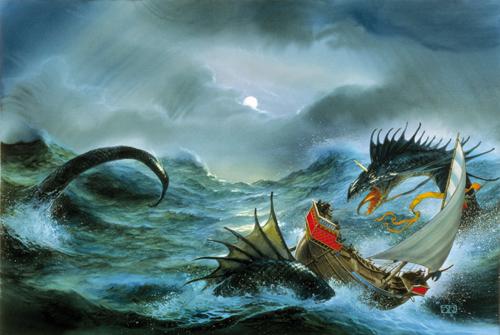 The good folks at Impact have given us 10 copies of John’s book along with 10 posters (36x24) entitled WANDERING FIRE signed and numbered by Mr. Howe himself (previously only available at the San Diego Comic Con). Since Guillermo Del Toro (the director attached to THE HOBBIT) himself is known to peruse this site from time to time, let’s help him out with some dream casting of THE HOBBIT. 10 lucky amateur casting directors will receive a copy of JOHN HOWE: FORGING DRAGONS along with a WANDERING FIRE signed and numbered poster. Send your HOBBIT casting picks here along with a full mailing address. Those not sending a full address will be disqualified. The most creative picks will win the poster and book. Good luck! Have fun! Cast away!

This week on the old Spinner Rack to the Future we have a preview of a new comic that I think is definitely worth your time. Devil’s Due has been producing some pretty cool comics for a while now and one of them, HALLOWEEN: THE FIRST DEATH OF LAURIE STRODE #2, is coming out this Wednesday. The cool thing about this comic is that the writer, Stefan Hutchinson, seems to understand the Halloween movies. That’s a big perk. It’s got some real teeth to it and doesn’t rely on cheap scares to make you shiver. Check out this six page preview.

Check out HALLOWEEN: THE FIRST DEATH OF LAURIE STRODE #2 on Wednesday.

FINAL CRISIS is enflaming the ire of comic fans from both the pro and con sides of the fence. The pro side bandies about phrases like “you just don’t get it” or “viva la Kirby.” Conversely the people that are less enamored with this title incessantly whine about inaccessibility, lack of action and how hard it is being a stupid comic fan when trying to digest the genius of Morrison. However one resounding comment that seems to unite these battling voices is “It’s Grant Morrison, it will pay off in the end.”
Perhaps this is true. Perhaps issue seven will serve as the series’ Rosetta Stone, clearing all confusion and allowing us to traverse the earlier issues of the series with more clarity and thus far more appreciation for what was once underappreciated or completely unappreciated. But is this the way things should be? Should all series be critiqued with the sum outweighing the parts? As reviewers should we wait until the end of a series before passing absolute judgment? Well, as a reviewer I will emphatically say, “Absofuckinglutely not!” And here’s why…

First there is the simple element of good storytelling. All stories should have a beginning, middle and an end, or if we want to get all highfalutin they should follow Freytag’s Pyramid of exposition, rising action, climax, falling action and dénouement. Unfortunately in our new world of writing for Trade Paper Backs we are treated to several issues of exposition, one issue of rising action, a few issue of climax, one-and-a-half issues of falling action and a page or two of dénouement. This is all well and good when reading the TPB version of a series, but it’s hard to argue that the monthlies become a wasteland of simple incomplete story telling. There is a distinct difference between a cliffhanger and outright poor construction of a tale. By allowing this to happen it is essentially telling the monthly reader to take a flying fuck and just read everything nine, ten, eleven or fifty weeks after it has been released.

There was a time when comics were cheaper, yet seemed to offer more bang for the buck. I’m not pining for this forgotten era because it occurred well before Optimous sprung from his Mother’s loins. During this Paleolithic era, giant-size comic issues walked the earth and for a quarter or less you received not only a complete story, but at times two or three complete stories. Hell, even in today’s diminishing paged comics, some creators are able to offer a complete story in each issue of a series while still enticing the reader with cliffhangers. In my @$$holey opinion these are the singular issues that should be adorned with praise. And yes, we should hold incomplete and incomprehensible single issues accountable for their lackluster performance despite their cohesion when all is said and done. Until the day comes when we start paying a cut price for incomplete single issues, I will hold each 3, 4, or 5 dollar purchase accountable on its own merit. For as long as monthlies are distributed as fans we should expect, no, strike that, we should demand no less.

I’m not trying to make Morrison the poster boy for my rage, because there are certainly other creators guilty of dribbling out storylines like a clogged faucet. No, I think the blame falls squarely on the double dipping nature of comic publishers. Do we end the monthly? Perhaps, but it would be a damn shame to punish the writers that can still work within the monthly publishing model. Plus, ending monthlies at this time would cause a financial draught that I think few publishers could weather until they have enough of a backlog to churn out Trades at an equal rate. What I propose is a return to the now fossilized giant size issues. I would have loved to see FINAL CRISIS or 1985 come out as two giant sized issues rather than a seven month string along. As a reviewer I would also have been far more kind to a single king-size issue that compiles the exposition, rising action and first part of the climax in one tidy tome, rather than getting cock teased month after month.
When Optimous Douche isn’t reading comics and misspelling the names of 80’s icons, he “transforms” into a corporate communications guru. Optimous is looking for artistry help, critical feedback and a little industry insight to get his original book AVERAGE JOE up, up and on the shelves. What if the entire world had super powers? Find out in the blog section of Optimous’ MySpace page to see some preview pages and leave comments. 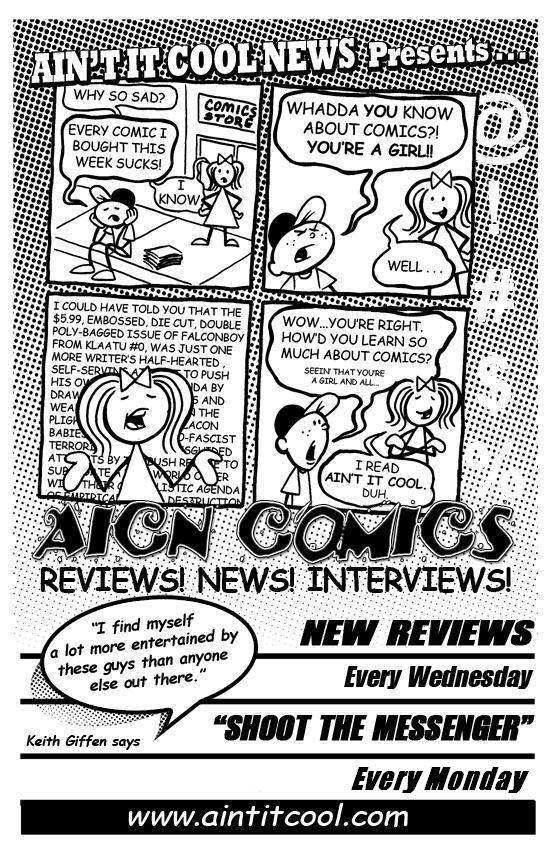