Ahoy, squirts! Quint here. We got sent a few spy pics from the set of JUMPER, the flick about teleporting teenagers and Sam Jackson chasing them down as some Government official. And boy does he look bizarre, in a good way. Thanks to "ZeekyBookyLord" for the glimpse!

Main unit shooting has been going on here in Peterborough, Ontario CANADA for 5 days and will be wrapping up tomorrow. Certain locations have been recreated in Toronto soundstages for 2nd Unit effects shooting - mainly a recreation of our main library so they can blow the shit out of it!

Doug Liman has been working almost around the clock with late nite pick ups in various locations around the city that aren't the main locales - library, coffee shop, school.

All the crew and cast have been quite nice, so I feel kinda bad for posting pics. Hayden especially - he doesn't put off people who want his autograph or a pic with him. Kudos to him. Sam on the other hand... well, no meet and greet and strictly no pics. Boooo to unfriendly superstars!

Anyhow, take a peek and look for it when Jumper hits theaters next year!

I have video clips of a few scenes as well that I'm willing to share if everybody plays nice in my sandbox... ha ha.

When using my pics, please refer to me as ZeekyBookyLord! 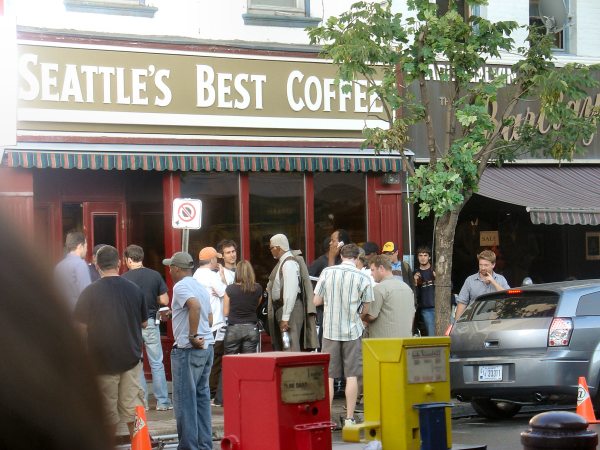 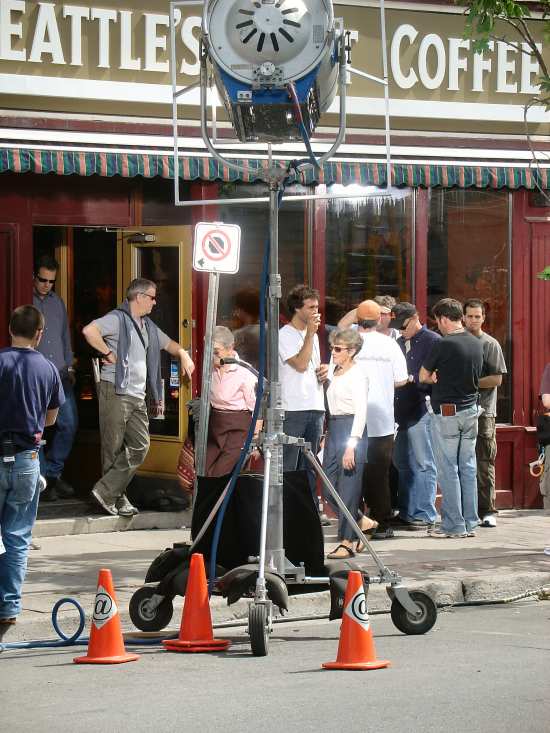 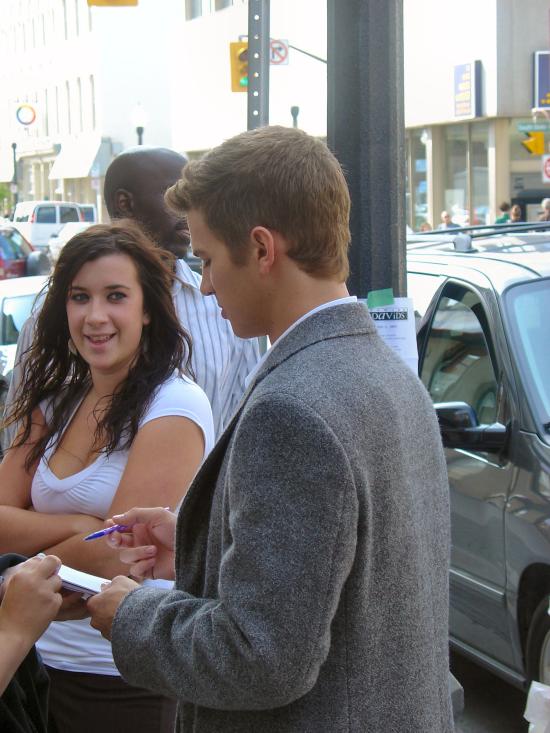