Atmospheric Spy Pics From The NYC Set Of I AM LEGEND!!


Grandmaster B sent in some images from I AM LEGEND’s ultra-humongo NYC shoot. This marks the third run at bringing Richard Matheson’s 1954 novel to the big screen (including Vincent Price’s THE LAST MAN ON EARTH in 1964 and Charlton Heston’s THE OMEGA MAN in 1971). Kind of funny...they had to adapt the book three times before actually using the title of the book.

This time around, it’s Will Smith as directed by CONTSANTINE’s Francis Lawrence. This is the end of a long and winding developmental road for this project, which at one point had Ridley Scott directing Arnold Schwarzenegger.

Grandmaster B sent in quite a few photos; we appreciate them very much. Some were snapped while on the run and were a bit blurry; I’ve presented the best of them here. I really like the first & final images – gives a good sense of the “weathering” of Neville’s world, and of the desolate feeling the film’s going for. Note the “dirty” appearance of cars, signage, etc. as well as the patches of grass growing around vehicles and whatnot.

Here’s Grandmaster B with a little bit more…

Got a nice little scoop for Harry and Co. I live right near Herald Square and heard some awfully loud, repetitious yelling over a bullhorn. My natural instincts led me to think "hot damn, there's a movie shooting outside!" Sure enough, I look out of my window and see a couple bad ass tanks and some humvees sitting smack dab in front of Macy's. Surely they're not here to fend off Labor Day sales shoppers.

I watch for a few minutes and see a red and white-striped GT racing south down Avenue of the Americas followed by a car with a camera crane attached. Both skid into a turn right next to the tanks heading east on 34th. I head downstairs and it turns out that they're shooting I Am Legend. I guess even in post-apocalyptic New York Will Smith can still score a sweet ride.

From what I could see, they had at least two or three GT 500s laying around. No doubt because the turn these things had to make came AWFULLY close to the tanks. According to one of the PAs (and there are nearly 100 of them involved with this scene), this movie is one of the biggest shoots ever in NYC.

Today they started around 2 AM and have blocked off something like six streets. They already did some shooting the other day and will be doing some more around 11th later on, I believe, but I couldn't get times and days.

A few of the shots you'll see here are from my window. The others are from me walking around (hence the blurriness) on the ground nearby. Every single one of the cars you see parked off to the side of the road are props - notice the fake patches of grass and dirt and grime on the cars in the closer shots.

I should also mention that the Christmas decorations you see are for the movie and not the result of lazy New Yorkers from last December. 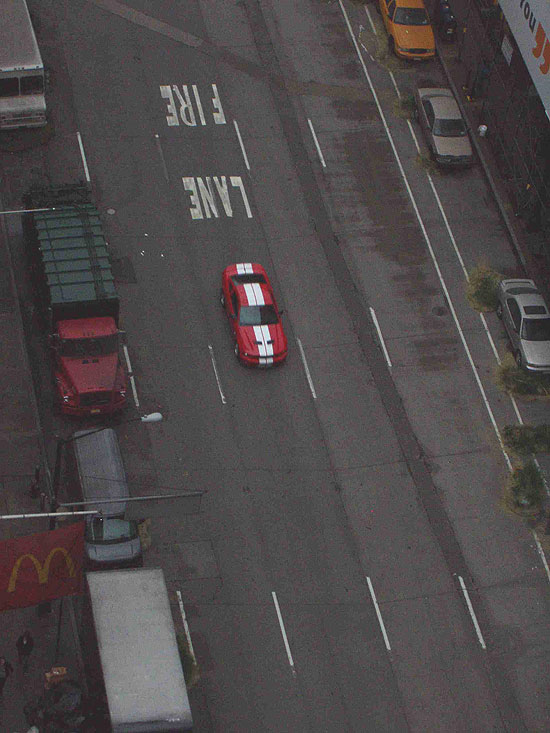 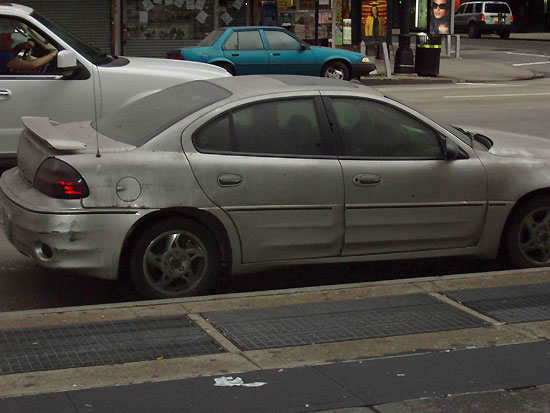 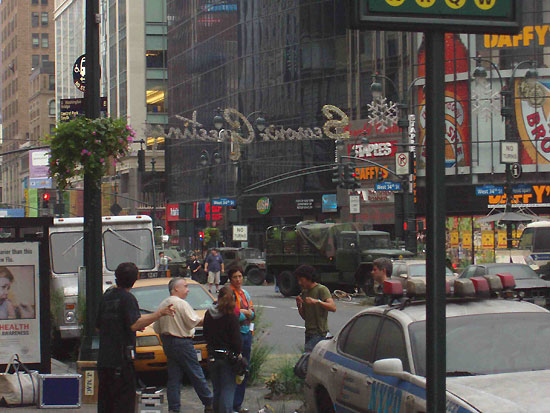 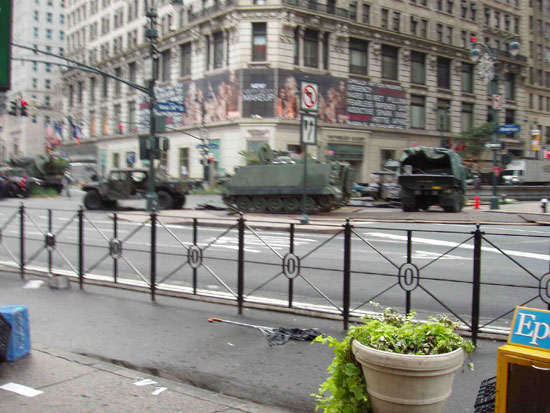 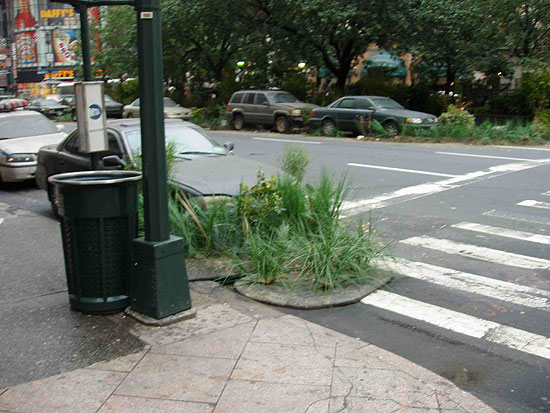 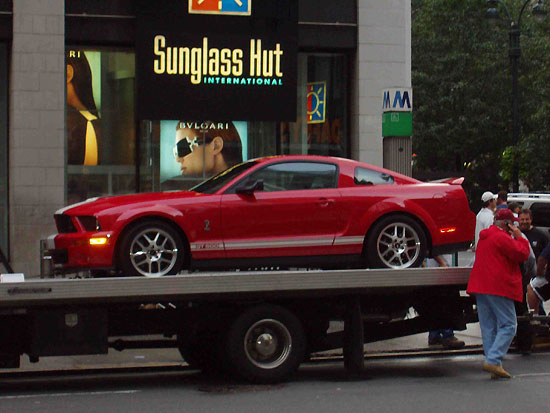 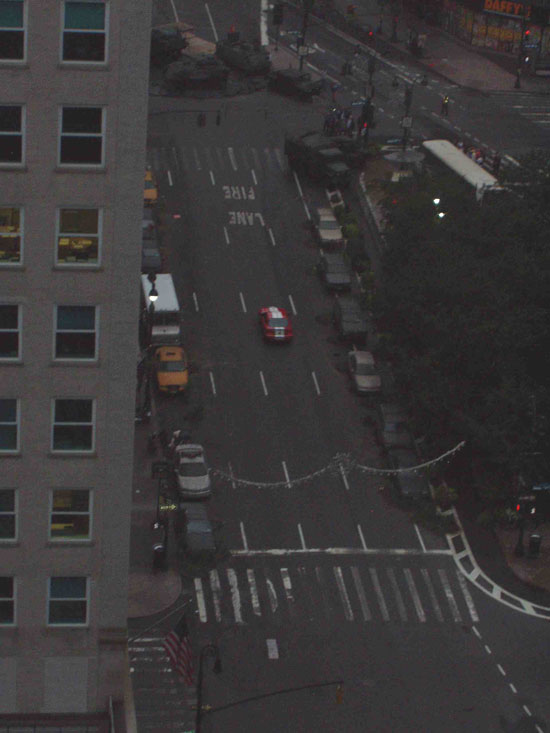