Merrick added a straggler image...WHERE THE WILD THINGS ARE artwork...at bottom of article.


Ahoy, squirts! Quint here with the first of 3 articles featuring Pitdoc's coverage and spy pics from the floor of the New York Licensing Show. His report is below with images from the promotional set-ups for FANTASTIC 4 2 (boring poster except for the new title), HARRY POTTER AND THE ORDER OF THE PHOENIX (looks like Harry's trimmed his hippy cut from the last couple movies... and yes, I knew it was the 5th book, but my sleep deprived brain saw me type Fantastic 4 and decided to carry the 4 over. Sorry about that, Potterheads. All is fixed now...), the greatest movie of the year TENACIOUS D IN THE PICK OF DESTINY and the Jerry Seinfeld animated flick at Dreamworks called BEE MOVIE. This is the show where it was recently found out that INDIANA JONES 4 has a 2008 release date penciled in by Lucasfilm. Nifty, eh?

Look to the other articles for more pics, including the below mentioned FAIRIES, SPIDEY 3, WATER HORSE, GOLDEN COMPASS and much more!!!

Hey guys. Pitdoc here with greetings from NYC & the 2006 Licensing Show . Its the show every year when companies try to market images or ideas, be them from movies, videos,or even games.. This year showed a bit of a resurgance in some companies marketing movies, but some disappointment in others. First, the disappointments..

As it is every year, Marvel, while having blockbuster movies in the theaters, had a thoroughly lackluster booth, with NO good promotion of the X-men,and only a few so-so posters for upcoming movies (Spiderman 3, and interestingly, "The Fantastic 4 & The Silver Surfer" ? ). 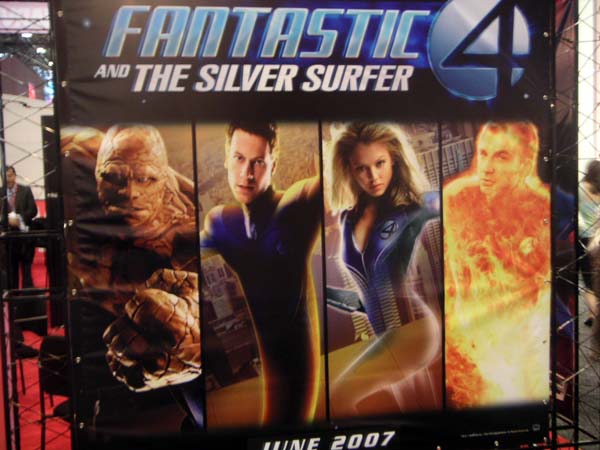 Disney seemed to have no new Pixar movies out, and the only thing they seemed to be promoting( BIGTIME) was "Faeries" .Now I'm not sure if this will be a movie or TV series, but apparently, they'be got Tinkerbelle and her entire clan of tiny winged ladies hitting the big time....And they look...ahem.... alarmingly hot ( Insert sick joke here) .

Dreamworks only seemed to have two movies they were pushing.. Kung Fu Panda, and Bee Movie. 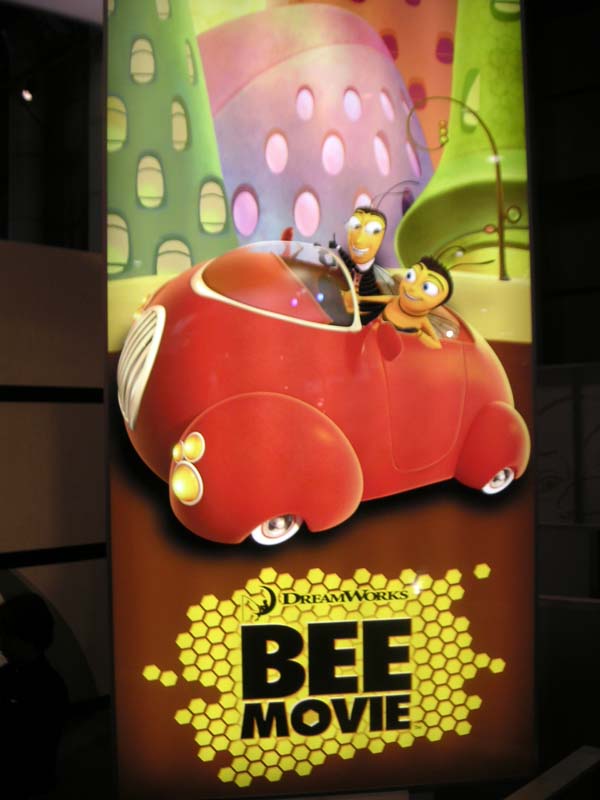 Unfrotunately, Warner Bros didnt seem to be pushing Superman THAT hard . Though they had some nice walls with pictures of cartoon Dc characters, as well as teaser wallof The harry Potter Movie, as well as Where the Wild Things are.. But no big push on any of them.. 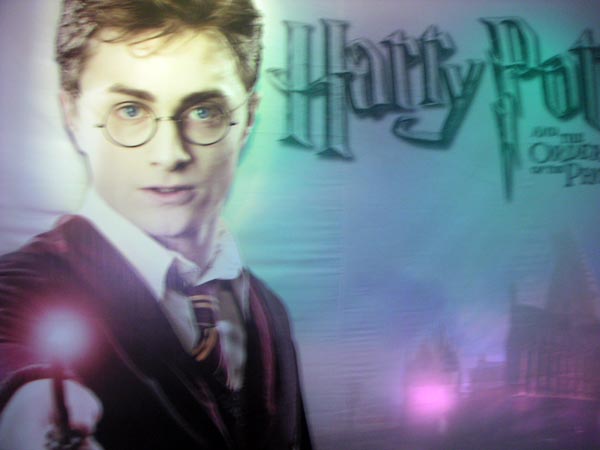 But , for the first time in years, the big winner was ...New Line..Havent seem them with such a good lineup since LOTR. They had several large promo manequins from The Golden Compass, as well as wall sized posters for Hairspray and Tenacious D.But the best thing was their trailer screen ,showing trailers for at least TEN movies, among them Mr Woodcock , a trailer for the video game War for Middle Earth , Tenacious D, The Martian Child, Shoot Em Up ( An action flick with Clive Owen, Paul Giamatti,and Monica Bellucci) , A movie called Mimzy ( something about a toy bunny and other dimensions), Fracture, The Nativity , and a large making of video ,with some CGI, for the Golden Compass. Oh,,yes,, and of course ....Snakes on a MFing Plane!!. Now I'm not sure if some or any of these have played ( I know TCM:The Beginning , has), but New Line hit it out of the park with their booth. Another thing, it was for " buyers only" was a promotional video , with pre-prod CGI, for Transformers, with interviews of Spielburg & Bay. Hope you enjoy the pics... 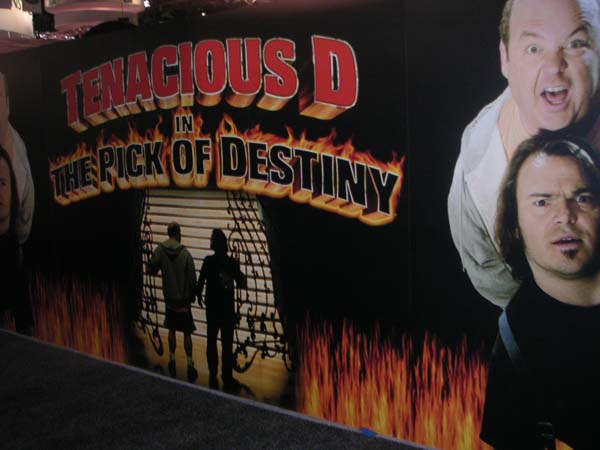 Now, here's a display for the Spike Jonez adpatation of Maurice Sendak's WHERE THE WILD THINGS are, due in theaters May 2008. 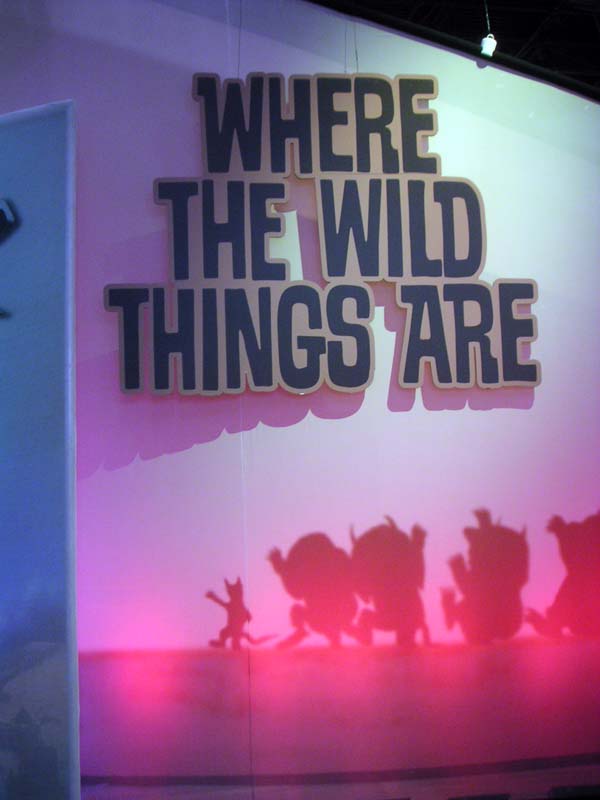