The CW!! UPN and The WB Merging Into One Network!!!!

CBS and Warner Bros. will be shutting down UPN and the WB in September to start a new network called CW! Crazy Weird!! Could Work!!

Each Company To Hold 50% Interest In The CW Television Network

Dawn Ostroff Is Tapped As President of Entertainment At The New Network; John Maatta Will Be Chief Operating Officer

The WB and UPN to Cease Operations in September 2006

January 24, 2006 (New York, NY) — CBS Corporation and Warner Bros. Entertainment today announced their intent to form a new 5th network, The CW, to be launched in the fall of 2006. The new broadcasting network will be a joint venture between Warner Bros. Entertainment and CBS Corporation, with each company owning 50%. In an important strategic move that secures major market distribution for The CW, it was announced that Tribune Broadcasting and the CBS Corporation's UPN affiliates have agreed separately to sign 10-year affiliation agreements with the new network.

The combination of Tribune's 16 major market stations and the 12 CBS-owned UPN major market affiliates give The CW instant coverage in 48% of the country. The remainder of the network's distribution system will be a combination of selected current UPN and The WB stations. The full distribution of the new network is expected to exceed 95% of the country.

"This new network will serve the public with high-quality programming and maintain our ongoing commitment to our diverse audience," said Moonves. "It will clearly be greater than the sum of its parts, delivering excellent demographics to advertisers, and building a strong new affiliate body. Additionally, The CW will be able to draw from the creative talent and production resources from the top two television production studios in the business, while also seeking programming from all sources -- independent producers or other studios. With this move, we will be creating a viable entity, one well-equipped to compete, thrive and serve all our many publics in this multi-channel media universe. I'd like to thank Dawn Ostroff and all the talented people at UPN who have worked so hard. For many years UPN had financial losses, but under CBS's guidance, UPN has been able to effect a dramatic creative turnaround in a short period of time."

"This new network makes sound business and creative sense at every level -- for our viewers, advertisers, affiliates and for the shareholders of our companies," said Meyer. "Every key constituency of the network will now greatly benefit from this combination by being part of a highly rated, competitive, 5th broadcast network that is financially sound. As we form this new joint venture, we are also very pleased that in Dawn and John we have a management team of great creative vision and business acumen, one that will help to guide it successfully forward."

"This is a very exciting day for Time Warner and its shareholders in the creation of what we believe will be a very strong and viable 5th broadcast television network," said Jeff Bewkes, President & Chief Operating Officer of Time Warner. "This new network will have all the strategic asset value as an outlet for our programming that The WB presented us, but with a much firmer and more secure financial present and future. The credit goes to Barry Meyer, who continues to have tremendous vision and extraordinary business acumen as the long time leader of Warner Bros. Entertainment, a company that we are proud to say continues to be number one in its class."

"This is a great day for Tribune and its shareholders, and we are pleased to be the lead affiliate group of what will be a strong network," said FitzSimons. "We could not have had a better partner than Warner Bros. and Barry Meyer since we together launched The WB 11 years ago. Now, with the ownership role of CBS Corporation and the leadership of Leslie Moonves added to the mix, Tribune's viewers and advertisers will benefit from an even stronger programming lineup."

The CW will incorporate The WB's current scheduling model, which consists of a 6 night-13 hour primetime lineup including Monday through Friday nights from 8-10 (EST/PST); Sundays from 7-10 (EST/PST); Sunday from 5-7 (EST/PST) outside of primetime as well as a Monday thru Friday afternoon block from 3-5 (EST/PST) and a 5-hour Saturday morning animation block. Together, the network will program 30 hours a week over seven days for its affiliated stations.

As the top creative executive, Ostroff will have available a line-up of some of the most popular programming that appeals to young adults in the media business. These programming assets range from hit reality series such as "America's Next Top Model" and The WB's "Beauty and the Geek," to hit dramas like The WB's "Smallville," "Gilmore Girls," "Supernatural," and UPN's "Veronica Mars" as well as UPN's hit comedies "Everybody Hates Chris" and "Girlfriends" and The WB's hit comedy "Reba." In addition the WWE's "Smackdown," which has been a mainstay at UPN, is expected to play a role in the schedule.

In addition, The CW will also broadcast the schedule of children's programming now known as Kids' WB!, a 5-hour original programming block on Saturday mornings from 7:00 am-Noon, considered primetime for kids. Kids' WB! has been the broadcast network ratings champion since Fall 2000, capturing 16 consecutive sweep victories as the Number One Saturday morning kids' broadcaster.

All programming, marketing, scheduling, publicity and research functions will report to Ostroff.

Maatta will be responsible for the network's business operations. Bill Morningstar, The WB's Executive Vice President of Advertising Sales will become the head of sales reporting to Maatta. Other responsibilities that will report to Maatta include business affairs, network distribution, legal, finance and human resources.

Meyer added: "This could not have happened without the tremendous energy and talent of Bruce Rosenblum, President of Warner Bros. Television Group and Nancy Tellem at CBS who worked tirelessly and cohesively together to make this new network a reality. I would also like to thank Dennis FitzSimons, who saw the great opportunity this new network presents for the Tribune Company and who continues to be one of the great professionals and broadcasters in the business today."

Moonves added: "This idea becomes a reality only when a great station group like Tribune comes on board with us and delivers the powerful reach a new network requires. With formidable flagship Tribune stations in New York, Chicago and Los Angeles, a great CBS line-up of owned and operated UPN stations, and strong affiliates from every available market, The CW launches as a strong competitor to the Big Four, and that's good for our business, for the viewing audience, and for free, over the air broadcasting. It is also good news for our shareholders, who will benefit from a much stronger business model, improved economics for our stations and new opportunities for our production businesses."

CBS Corporation (NYSE: CBS.A and CBS) is a mass media company with constituent parts that reach back to the beginnings of the broadcast industry, as well as newer businesses that operate on the leading edge of the media industry. The Company, through its many and varied operations, combines broad reach with well-positioned local businesses, all of which provide it with an extensive distribution network by which it serves audiences and advertisers in all 50 states and key international markets. It has operations in virtually every field of media and entertainment, including broadcast television (CBS and UPN), cable television (Showtime), local television (CBS Television Stations), television production and syndication (CBS Paramount Television and King World), radio (CBS Radio), advertising on out-of-home media (CBS Outdoor), publishing (Simon & Schuster), theme parks (Paramount Parks), digital media (CBS Digital Media Group and CSTV Networks) and consumer products (CBS Consumer Products). For more information, log on to www.cbscorporation.com.

TRIBUNE (NYSE:TRB) is one of the country's top media companies, operating businesses in publishing and broadcasting. It reaches more than 80 percent of U.S. households and is the only media organization with newspapers, television stations and websites in the nation's top three markets. In publishing, Tribune operates 11 leading daily newspapers including the Los Angeles Times, Chicago Tribune and Newsday, plus a wide range of targeted publications such as Spanish-language Hoy. The company's broadcasting group operates 26 television stations, Superstation WGN on national cable, Chicago's WGN-AM and the Chicago Cubs baseball team. Popular news and information websites complement Tribune's print and broadcast properties and extend the company's nationwide audience. 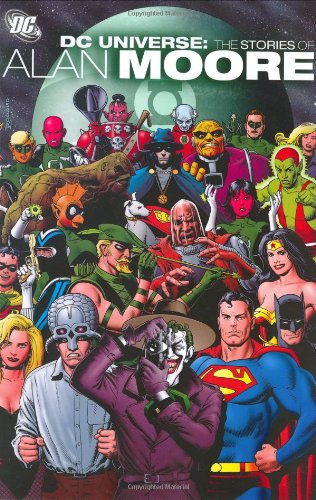