Capone looks for an open wound to lap in CRASH, but doesn't find any! However, what'd he think of this movie'

Hey folks, Harry here with Capone commenting on Paul Haggis' CRASH, not to be confused with Cronenberg's CRASH - btw - congrats to David for getting into CANNES this year! Anyways, here ya have one of the films that so many of you will likely skip whilst sitting in front of a theater in line hoping desperately that they'll move STAR WARS there. Here ya go...

Hey, Harry. Capone in Chicago here. In the lull between HITCHHIKER'S GUIDE and EPISODE III, consider this nuggest of greatness, which is set to open in the first half of May (May 13 in Chicago).

In an opening sequence of CRASH, two black men (Larenz Tate and rapper Chris "Ludacris" Bridges) are walking down a well-lit, crime-free street in Los Angeles having a very frank debate about race. Tate's character, Peter, tends to give white people the benefit of the doubt. Bridges' Anthony sees racism everywhere, even in the black waitress that has just served them. Anthony believes the waitress gave them poor service because she think black people don't tip well; his response to her poor service was not to give her any tip. It's a funny and tragic scene, and it's one that typifies this well-intentioned and largely well-executed work from Oscar-nominated writer (for MILLION DOLLAR BABY) Paul Haggis, who also directs. By the way, the conversation between the two men ends when they realize that although many of the white people on the sidewalk with them might be scared of them, it is in fact they who should be scared since they are clearly outnumbered. So why aren't they fearing for their lives? Because they are both carrying guns.

CRASH clearly exists comfortably in a mold built by Robert Altman's SHORT CUTS and Lawrence Kasdan's GRAND CANYON. It's an ensemble piece with about a half-dozen storylines that constantly intersect. But unlike those two films, CRASH's unifying theme is not some vague concept of the human condition; the influence that pulls these characters together or rips them apart is racial tension. I'm guessing that 75 percent of you who are reading this review are running for the hills (or at least onto the next review), but stick with me. CRASH deals with race unblinkingly, all sides and shades of the color line. Black, white, Hispanic, Asian, and Middle Eastern are all parts of this possibly unsolvable puzzle. And there isn't a single member of this cast that isn't up to the challenge or looking like a complete bastard.

If you thought you had Sandra Bullock figured out (I know I did), wait until you see her jaw-dropping rampage as a rich wife to Brendan Fraser after the pair have been carjacked on evening. She doesn't trust the tattooed Hispanic locksmith brought in to change the locks in their home, and she demands her husband have the locks changed again in morning. She would not have won Ms. Congeniality with a mouth like she has here. To me, the most interesting dynamic in CRASH is that between a black Hollywood director (Terrence Howard) and his beautiful light-skinned wife (Thandie Newton), who are pulled over in their luxury SUV by a racist cop (Matt Dillon) and his cautious rookie partner (Ryan Phillippe). I've seen this scene before in films, but the tension in this scene is thick as Dillon basically molests Newton in a search for weapons, while the helpless, fuming Howard stands their watching. Dillon's character probably has the most dimensions of any in CRASH, as we discover when he is made to feel very small and powerless by a woman (Loretta Devine) at his father's insurance company.

We get glimpses into the lives of a Middle Eastern family, trying to make a living with a small and often-robbed convenience store. A gun is purchased for protection. Don Cheadle chalks up another stellar performance as a police detective with a junkie for a mother and career criminal as a younger brother. To protect his career, he essentially ignores his family at great cost. Cheadle's character is one of the few to use race to his advantage, but the screenplay still finds ways to make him suffer. The plots in CRASH loop and twist around as characters are, sometime literally, crashing into each other. What's remarkable about the film is that it makes its points without being preachy or obvious. I promise, you won't feel like you've been condemned to two-hours of sensitivity training class. You will laugh as often as you will want to cry, which is as often as you want to pound your head into the wall with frustration that people have to act this way. No one comes out of CRASH smelling like a rose, but it's difficult to outright despise anyone either. Characters occupy both sides of good and bad. CRASH is honest, relevant, and meaningful.

Want to argue about which CRASH is the best CRASH? 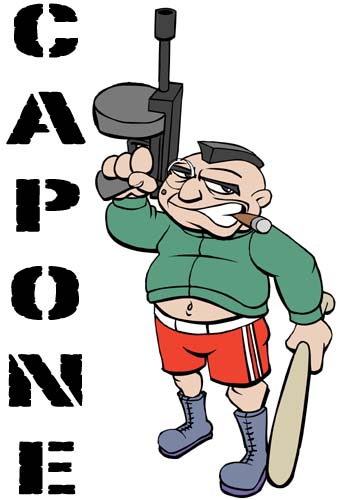